Speech: Mia Mottley, Prime Minister of Barbados at the Opening of the #COP26 World Leaders Summit

Over the last 2 weeks leaders from 120 countries spent 14 days negotiating. Their mission: get the world to climate safety fast.

This is the story of COP26 in pictures and videos over 4 chapters. We start with world leaders, focus on Canadians, then move to a talk we title 'Sins of emissions'. We end with 'the new F-word.'

As world leaders discussed destruction and loss, action and hope, behind doors, old promises were being broken and new promises made. After they had left Glasgow, teams of bureaucrats remained to haggle over the technicalities and changes and how to meet the targets outlined in the Paris agreement of 2015.

"We can phase out the use of cars with hydrocarbon internal combustion engines – by 2035 – we can do that and we in the U.K. are ending new sales by 2030," said British Prime Minister Boris Johnson.

"If we fail they will not forgive us. They will know that Glasgow was the historic turning point when history failed to turn. They will judge us with bitterness and with a resentment that eclipses any of the climate activists of today, and they will be right."

Even Australia's Prime Minister Scott Morrison, who famously brought a lump of coal to Parliament in 2017 to extoll its virtues, spoke about moving off fossil fuels to clean energy.

"Australia is investing over $20 billion over the next decade to drive the transition, leveraging private sector investment to reach $80 billion in total," he said, noting that Australia has the highest rates of rooftop solar power in the world.

Some dismiss all of this as 'green PR.' Others find it hopeful.

It is Barbados President Mia Mottley who delivers what may very well be the most powerful and important speech of COP26.

"We do not want that dreaded death sentence, and we have come here today to say, 'Try harder. Try harder.'

Then you may very well feel that you are meeting good and well-intentioned people, but you're not sure it is these people who can stop the race to destruction.

"For many developing countries climate change is a very big crisis looming before them, one that threatens their very existence," Indian Prime Minister Narendra Modi said, making a bold promise to triple renewable energy use in his country by 2030 and reach net zero by 2070. 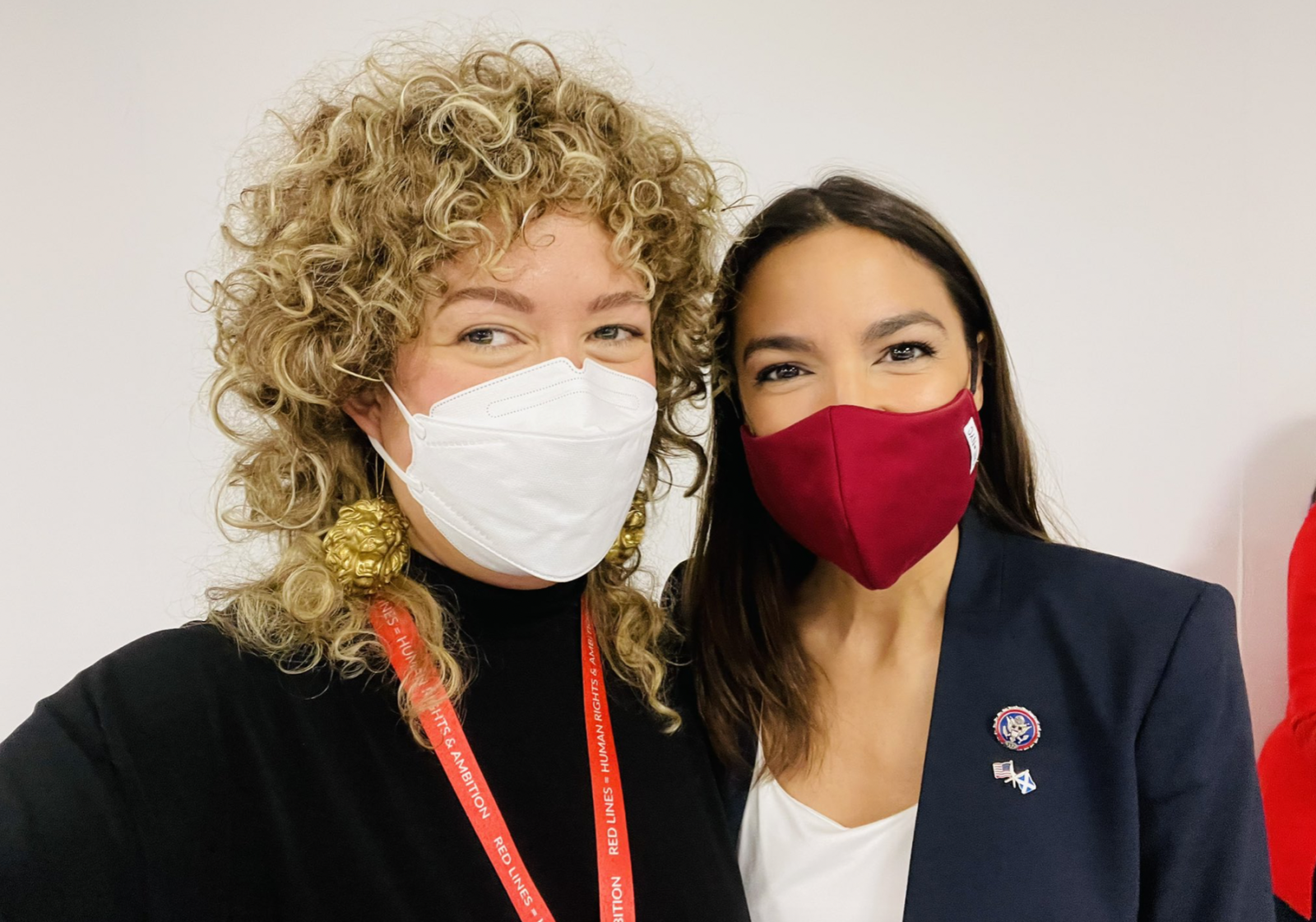 "We are in a climate crisis. We need to urgently reduce emissions in every sector of the economy, everywhere in the world," Natural Resources Minister Jonathan Wilkinson said during the announcement on Nov. 4. "Canada's signature is significant. We are one of the world's largest energy producers." 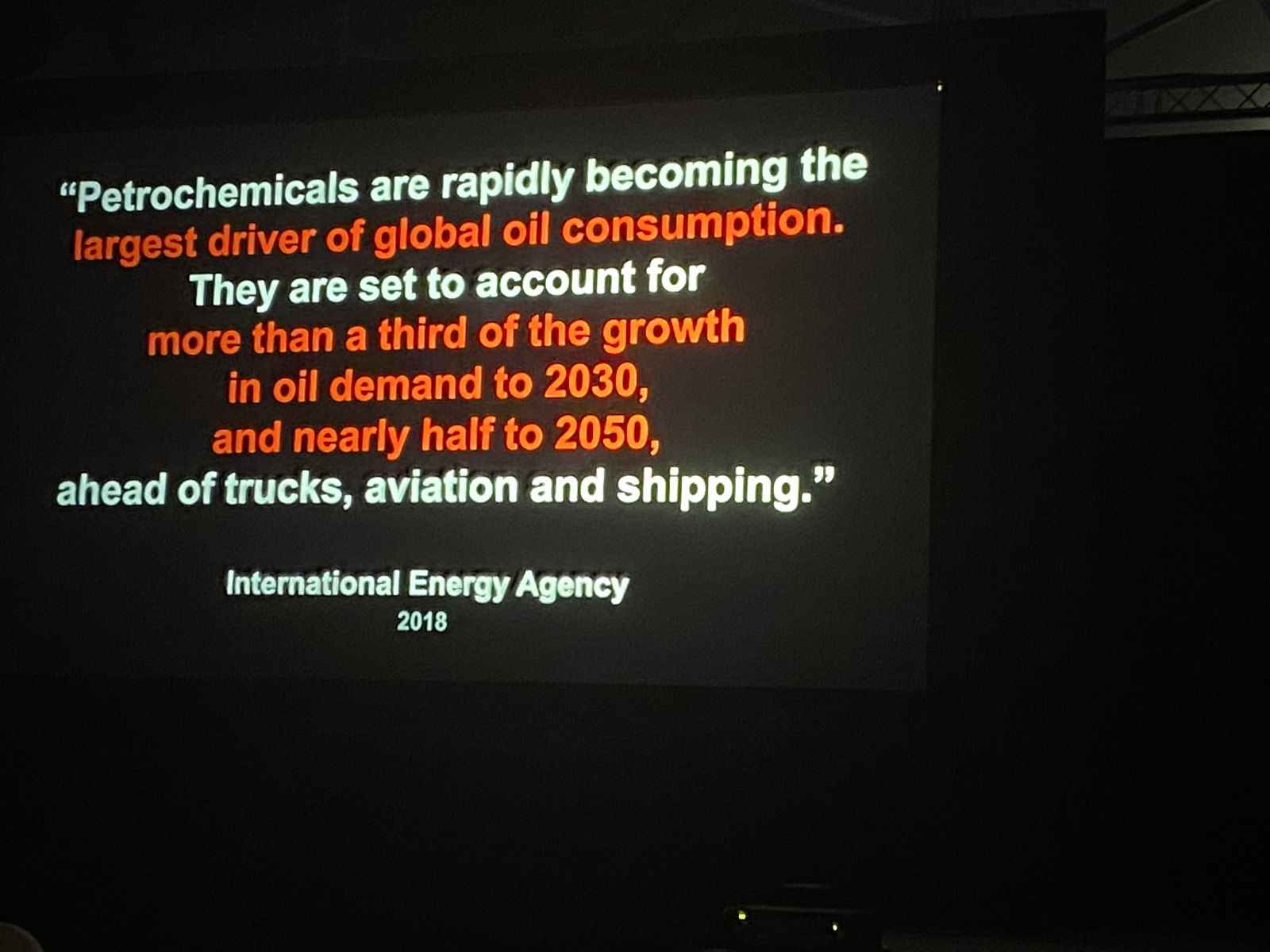 Former U.S. vice-president Al Gore presents a terrifying set of slides. In the dark, he waves his arms, proclaiming, orating like a holy roller preacher about 'rain-bombs,' mega wildfires, superstorms, soaring (and to his telling, sinful) emissions. The fragility of the earth's precious atmosphere.

To say Gore's presentation was troubling would be an understatement.

Bill McKibben: The most important F-word

With at least 503 fossil fuel lobbyists, affiliated with some of the world's biggest polluting oil and gas giants, COP26 was teeming with corporate influence, according to Global Witness. But for perspective, there were 25,000 people at COP.

Over 100 fossil fuel companies were represented but their CEOs were banned for the first time from attending.On the other hand, there are 10,000 or so young people on the street, led by Greta Thunberg, demanding climate action now. And there's a surge in demands for oil and gas to be named as a climate culprit in the treaty itself, creating a serious challenge for those oil industry lobbyists.

Canada's Tzeporah Berman embodied the enormous challenge to the oil industry at COP. Her project, the Fossil Fuel Non-Proliferation Treaty, made a big splash. With 17 cities and sub-national governments including Los Angeles, Barcelona and Sydney, and nearly 133,000 individuals signed onto the treaty, including Nobel Peace Prize winner Muhammad Yunus and former Irish president Mary Robinson, the treaty has captured the imagination of climate power players looking for effective ways to rapidly stop new development of fossil fuel projects.

Speaking at The New York Times Climate Hub, Berman said, despite technological breakthroughs in renewable energy, the world has remained slow to transition from fossil fuels.

She said she sees many signs that the transition away from fossil fuels is well underway.

"You can actually make more money now when you divest from fossil fuels.”

After a successful TED talk at Countdown to COP, Berman's ideas are reaching more people and gaining more traction.

Meanwhile, Bill McKibben warned that governments and industry are moving too slowly. Specifically he said, the oft-mentioned goal of achieving 'net zero' by 2050 is dangerously distant.

"Here’s the most important F-word — fast. Speed is the only thing that matters at this point," he said.

"Every time someone says 2050, ask yourselves, how many CEOs between now and 2050? How many prime ministers…? Too many for that number to make any difference at all. Even 2030 is quite a ways off. What are you doing for us right now?"

Below: Josie Kaingang, Helena Gualinga, Samela Sateré-Mawé and Fany Kuiro from the Amazon region present a necklace and bracelet to former Irish president Mary Robinson after sharing their concerns about environmental conservation. COP26 in Glasgow.