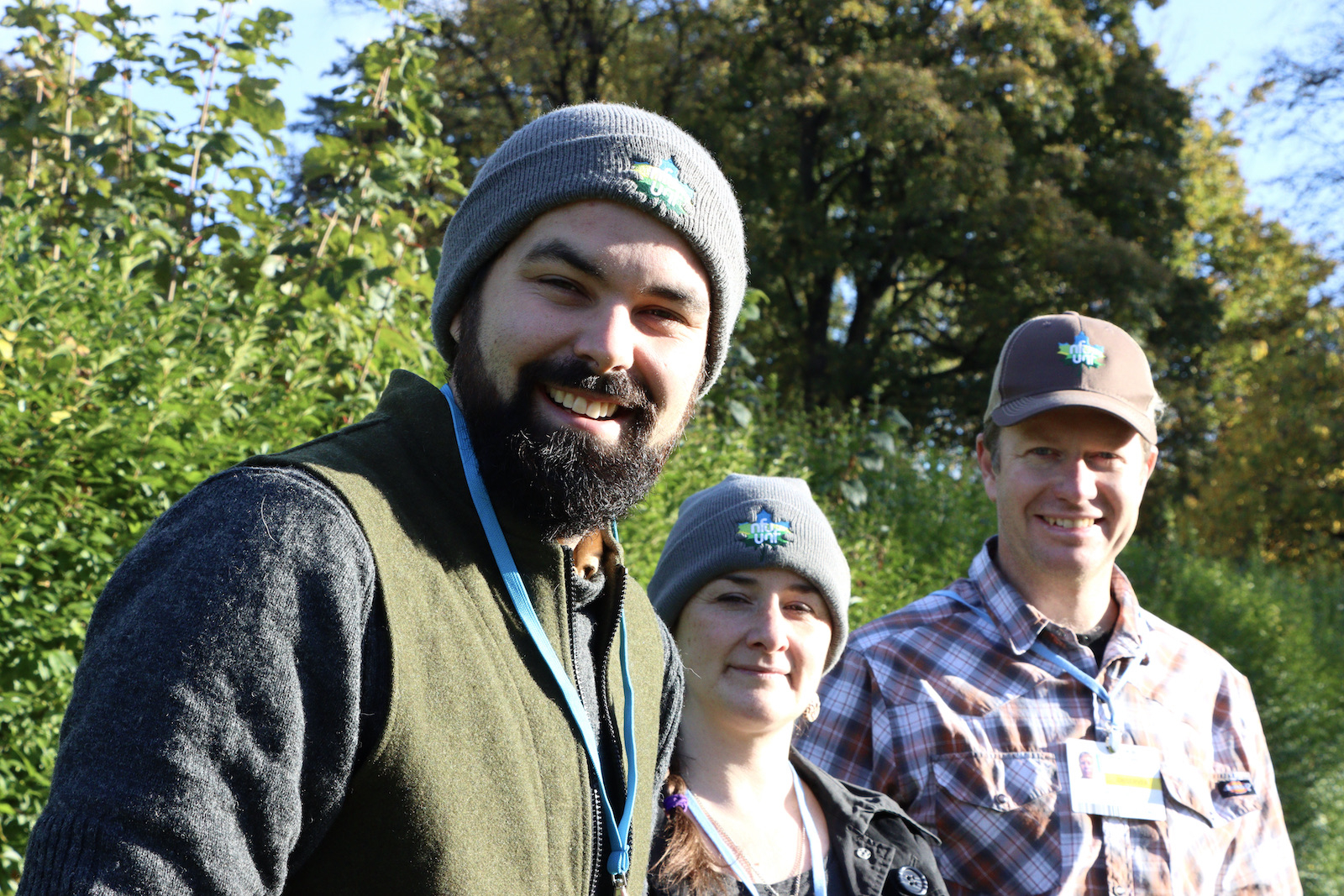 Technology is part of the solution to the climate crisis but must exist in tandem with regulations to protect farmers and the land, says Saskatchewan farmer Glenn Wright (at right). Photo by Marc Fawcett-Atkinson / Canada's National Observer
Previous story

Countries gathered for the COP26 climate conference in Glasgow, Scotland, have for the first time agreed that the world must transition to more sustainable farming practices if we are to mitigate climate change and prevent millions of people from going hungry.

The 197 nations have also agreed to consider agroecology — a sustainable and socially just approach to farming — as a key tool to tackle the climate crisis despite opposition from Canada, the U.S., and other countries.

In a draft document released Saturday, the only process dedicated to agriculture under the UN Framework Convention on Climate Change, or UNFCCC, recognized the negative impacts of intensive meat production and the excessive use of artificial fertilizers. Meat production and artificial fertilizers account for the lion's share of global food-related emissions, according to the Intergovernmental Panel on Climate Change or IPCC.

Still, advocates warn they will not signal victory until countries agree to include agroecology in the final text. It is currently bracketed in a draft version, meaning that it will continue to be debated at COP27 in Egypt next year.

"(This) is really exciting: We have agroecology in negotiated text for the first time ever in the UN Framework Convention on Climate Change," said Teresa Anderson, climate policy director at ActionAid International. "It's something to fight for."

The decision comes as the proponents of agribusiness and agroecology vie for control of the future of food at the COP26 — shorthand for the 26th conference of parties that have joined the UN's climate agreement. Despite support for agroecology from the EU and several other countries, Canada, the U.S. and other countries with industrial agriculture typically block progress to include it in the text.

These countries instead made a slew of voluntary pledges to invest heavily in "climate-smart" agriculture, a suite of techniques that are expected to rely heavily on drones, robots and other new technologies. While ag tech can help farmers, critics worry the new pledges will give big agribusiness control over food and farmers.

That's why including agroecology is so important, Anderson explained. While the approach accepts that farmers need to adapt to their specific conditions, it enshrines concepts like promoting biodiversity and giving farmers and communities control over their food.

Countries gathered for the #COP26 climate conference in Glasgow have for the first time agreed that the world must move to more sustainable farming practices if we are to stop climate change and millions of people from hunger. #COP26xCNO

That thought was echoed by Glenn Wright, a Saskatchewan farmer and representative of Canada's National Farmers' Union at COP26. He has adopted several agroeclogical practices on his farm, and is a strong advocate for farmers' independence and food sovereignty.

"I think that technology is certainly going to be part of this because the hour is so late we need to pull every lever and turn every knob that's going to get our emissions down," he said. "(But) we want to see that if these technologies are needed, they should be made available, not withheld on the backs of intellectual property legislation and patent protection."

Including agroecology in the text won't force countries to adopt the approach, Anderson conceded. Yet because the UNFCCC is seen as the top authority on climate, it will encourage them to adopt it in their domestic policies on farming and climate change, and could influence the kinds of projects that receive support from funding agencies like the World Bank.

A report released earlier this year by the UN Food and Agriculture Organization (FAO) found almost 90 per cent of the world's agricultural subsidies contribute to harming the environment. Redirecting this US$470 billion away from industrial farming practices and towards more sustainable approaches could "transform" food systems, the authors noted.

That's why countries with close ties to big agribusinesses, including Canada, typically avoid using the word, Anderson said. Terms like "climate-smart" agriculture or "innovations" in agriculture leave the door open to policies that don't reduce agribusinesses' power over food or improve tools to ensure they're actually polluting less.

The resistance was evident in negotiations, said a source inside the discussions who spoke on condition of anonymity. Some countries opposed including the word over concerns it was too limiting to the agriculture sector, even though the approach as defined by the FAO doesn't include rules or require farmers to use specific practices. Many of these countries prefer a broader wording of "innovative approaches."

Canada was among the countries blocking the inclusion of agroecology into the final text, Anderson said. The ministry in charge of agriculture negotiations under the UNFCCC, Agriculture and Agri-Food Canada, did not respond to a request for comment.

Despite this resistance, Anderson remains hopeful. The draft text published Saturday emphasized some key agroecological principles, like raising meat less intensively and reducing fertilizer use, and could pave the way for more substantial changes next year

"Agroecology is not only good for farmers and farming and biodiversity, but it's also an incredible climate solution for both strengthening resilience and reducing emissions. It's something we've seen tremendous momentum build for over the last year of two, and it feels exciting to have the possibility UNFCCC could recognize this," she said.