Canada joins talks to save an endangered Atlantic shark 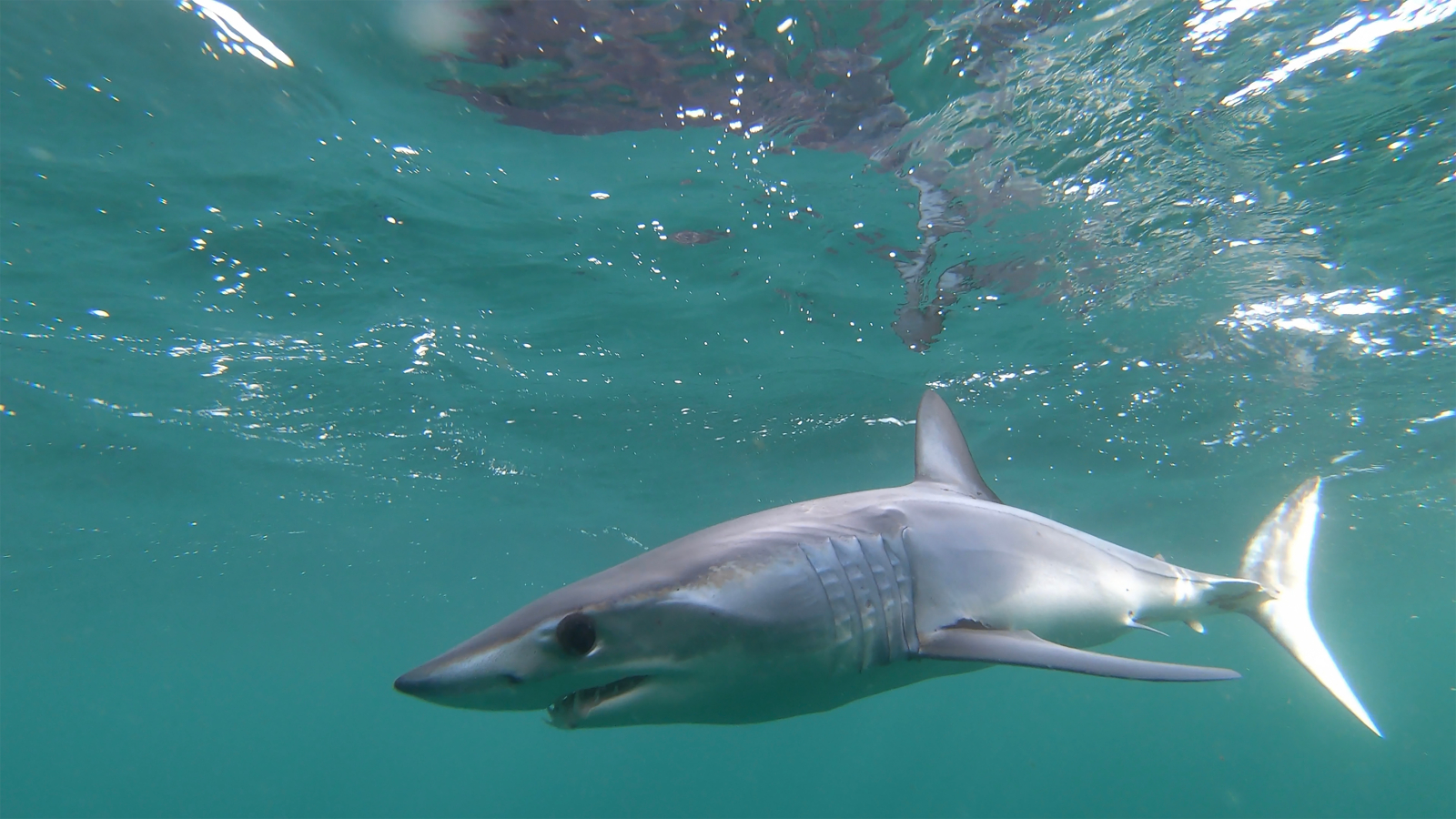 Quickly swimming through the depths of Canada's East Coast waters is the North Atlantic shortfin mako shark — an endangered species reaching up to 13 feet long.

Highly migratory, the sharks can swim across entire oceans and are found everywhere from the continental shelf of Nova Scotia to the Caribbean Sea. In countries like Spain, Portugal, and the U.S., they’re fished for food, fins and sport. According to the International Union for Conservation of Nature (IUCN) Red List, it’s unclear how many of the sharks are left, but one thing is for sure: the population is declining due to overfishing.

This week, Canada is headed into negotiations to change international regulations on the fishing of makos, citing advice from scientists who have suggested a ban on retention (keeping the sharks when they’re caught, including accidentally) since 2017.

In 2020, Canada moved forward on its own ban, which saw the federal government decide to end retention in Atlantic fisheries. Shannon Arnold, senior marine program co-ordinator at the Ecology Action Centre in Halifax, said that move set up Canada to be a leader in the protection of the species.

Now, at the International Commission for the Conservation of Atlantic Tunas (ICCAT) annual meeting, Arnold is hopeful Canada will push for others to do the same. The meeting, which stretches two weeks, sees 52 member countries sitting down to discuss the conservation and management of tuna and tuna-like species (including makos) in the Atlantic and its adjacent waters.

“From a Canadian perspective, this is pretty important: that Canada has been one of the ones that have led this super hard over the last few years. It's been a really difficult fight,” she said after observing the first day of the ICCAT meeting.

“They've had a lot of pressure internally to allow fishing. And they decided, 'No.' Our government has made a commitment to follow science advice.”

Canada pushed for the same thing in 2019 at the last ICCAT meeting, since the 2020 negotiations were postponed due to COVID-19. Joined by Senegal and 14 other countries, Canada’s stance wasn’t enough to pass a retention ban due to the U.S. and the European Union blocking consensus.

“Now as the 2021 negotiations begin, there is a glimmer of hope that countries are finally coming together on the need to stop landing this shark as the first step to recovery while they work on a comprehensive rebuilding plan for the population,” said Arnold.

Arnold says the EU is the primary threat to moving a new mako agreement forward since 74 per cent of the reported mako catches come from there.

It makes it hard for the EU to agree on a total retention ban, which is what conservationists like Arnold want. A total ban would mean even if a boat accidentally caught a mako while fishing for something else, they wouldn’t be allowed to keep it — even if it was already dead.

According to a 2017 report, the ban would need to be in place for a number of years while the population recovers. If a retention ban was put in place, in the next 10 years that followed, it’s expected the population would continue to decline and wouldn’t fully recover for half a century.

“Depletion of the North Atlantic population is among the world’s most pressing, yet solvable, shark conservation crises. The proposed ban is science-based, straightforward, and urgently needed to avoid additional harm to the population and associated ecosystem. The U.S. and EU have otherwise solid records for leading shark conservation initiatives. We are eager to see these influential ICCAT parties end their opposition to a full long-term mako ban and help ensure adoption without further delay.”