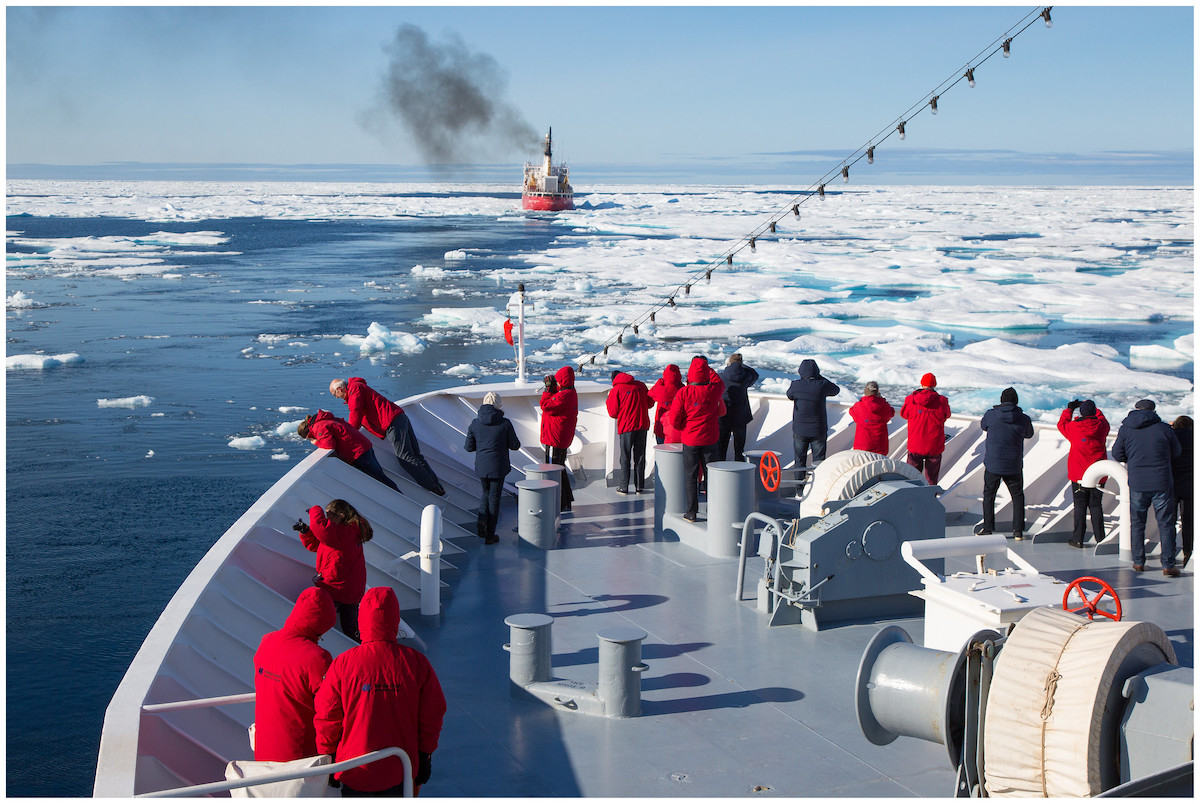 Inuit have secured a seat at an international round table to regulate shipping concerns in the Arctic, an increasingly important issue as Indigenous communities in the North are disproportionately impacted by accelerated global warming in the region.

The Inuit Circumpolar Council (ICC) recently obtained provisional consultative status at the International Maritime Organization (IMO) — the UN agency responsible for the safety and security of shipping and the prevention of marine and atmospheric pollution by vessels.

As Arctic ice melts and shipping increases, it’s vital Inuit are involved in the high-level decisions to protect their marine environment and the ocean and sea ice, all central to their survival and culture, said Lisa Koperqualuk, ICC Canada vice-president international.

The designation means the council, which represents about 180,000 Inuit from Alaska, Canada, Greenland, and Chukotka (Russia), now has agency to influence IMO decisions, guidelines and policies in the Arctic, said Koperqualuk.

“It really allows us our own proper voice to participate in these meetings, joint discussions, and make recommendations … about the things that are important for us, such as the protection of our homeland, our environment, the marine ecosystem,” Koperqualuk said, adding the decision acknowledges the Inuit right to self-determination.

But shipping is also critical to jobs and the economy and vital for supplying isolated communities in the Inuit Nunaat — their homeland in the circumpolar region — especially as southern land roads in winter are being compromised by global warming, she added.

The melting and thinning of Arctic sea ice projected by the end of the century will likely allow many different vessels to navigate Canada’s northern seas for much of the year, studies suggest.

Sea ice in the Canadian Arctic during the summer has retreated by five to 20 per cent per decade in various regions over the past 50 years, with the distance travelled by ships in the region tripling.

“There’s a number of levels of negative impacts and we need to protect our marine ecosystem as it relates to our knowledge, our cultures, and our way of life,” says Lisa Koperqualuk @ICC_Canada of Inuit concerns on a surge of shipping in the Arctic.

Most of the ship traffic is tied to natural resources, such as fisheries or mining, as well as a rise in tourism and trans-Arctic trade opportunities.

The surge in shipping is higher still in Canada’s Northwest Passage, with a 44 per cent hike in vessel traffic in the same time frame and a nearly 110 per cent increase in the distance sailed by each ship.

The region is populated by largely Inuit communities without land transport to the south; Iqaluit, with a population of approximately 8,000 people, being the largest centre.

There’s a potential mix of opportunities and risks associated with increased shipping in the Arctic, Koperqualuk said.

More shipping means fewer supplies need to come in by airplane, which is costly, and will result in lower prices for food and other necessary goods, but it also poses increased risks to the sensitive marine environment, she said.

Increased mining activity can stimulate jobs and the economy, as can an influx of tourism, but the noise of shipping can disturb marine mammals, such as narwhals, she added.

Various forms of pollution from ships are a significant problem, especially from those using heavy fuel oil (HFO), which poses a greater risk if spilled and releases higher emissions and black carbon, or soot, which when it lands on ice, speeds its melting, said Koperqualuk.

The marine fuel is very viscous and breaks down very slowly in a cold climate, posing a big risk to Inuit populations that rely on marine resources for food security, she added, noting most communities also don’t have the resources or capacity to respond to significant fuel spills.

Additionally, ballast water from ships released in the Arctic can introduce invasive species, she said.

Switching from HFO to low-sulphur distillate fuel has the potential to reduce black carbon emissions significantly, Koperqualuk said, but shipping companies are resistant due to the increased cost, which they say will be passed onto communities.

The ICC doesn’t want the small communities to bear the brunt of price increases, so it is lobbying the government to help pay the transition costs, she said.

“There’s a number of levels of negative impacts, and we need to protect our marine ecosystem as it relates to our knowledge, our cultures, and our way of life,” Koperqualuk said.

“ICC will work to ensure that the Arctic shipping industry is safe and sustainable.”

Global warming is melting polar ice. Can the Arctic survive?