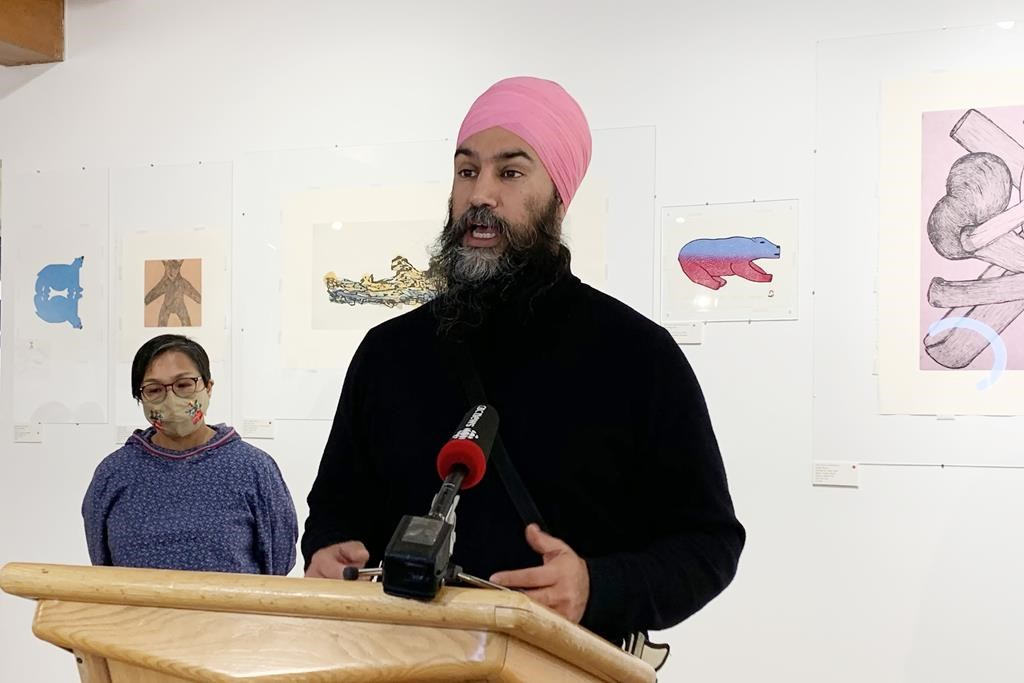 The 8,000 people who live in Nunavut's capital haven't been able to drink their tap water since Oct. 12 when it was found to contain fuel.

Singh told a news conference Tuesday at the Nunatta Sunakkutaangit Museum in Iqaluit that territorial and municipal governments estimate it will cost $180 million to permanently fix the problem.

"Our commitment is that we are demanding that the federal government provide the full funding, the full $180 million at least, to fix this water crisis," he said.

Singh said the federal government would step in immediately to fix the problem if a similar crisis happened in a major city such as Ottawa or Vancouver.

The city has said an underground tank from 1962 is likely to have been the source of the fuel that entered the city's drinking water. The city said the fuel accumulated over time in a raw water tank at its treatment plant and was discovered in a separate tank.

Iqaluit residents have been able to get bottled water at sites around the city or treated water pumped from a nearby river by members of the Canadian Armed Forces.

Winnipeg engineers contracted by the city told a council meeting Monday that the underground site is being cleaned up.

They said water tests have come back clean since Oct. 24, but the Nunavut government still needs to do its own testing before a do-not-consume order is lifted.

Charles Goss, one of the engineers, said the spill could have happened weeks or years ago but residents would have smelled fuel in the water even at very small concentrations.

"There isn't a long history of people drinking contaminated water," he said.

The city has said residents started reporting the smell of fuel in tap water as early as Oct. 2.

City councillors also voted to spend $100,000 on an indoor bypass tank to replace the contaminated one.

This is Singh's second visit to Nunavut's capital during his time as NDP leader and his first with newly elected Nunavut NDP member of Parliament Lori Idlout.

While in Iqaluit, Singh and Idlout planned to meet with city officials, help hand out water to residents and hold a community feast.