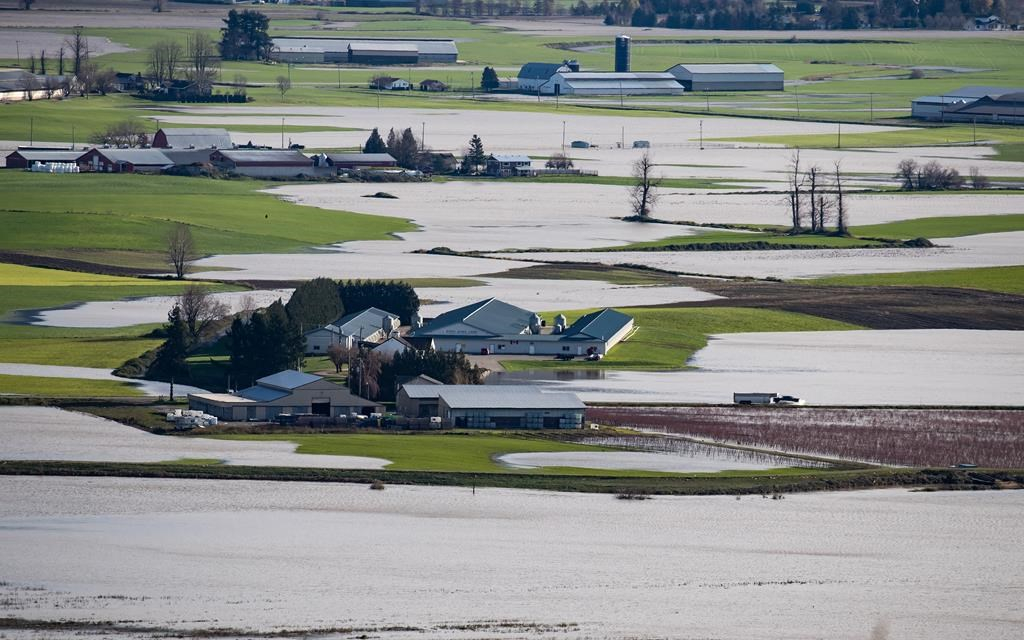 A truck towing a horse trailer travels through flooded farmland on a road partially covered with water in Abbotsford, B.C., on Wednesday, November 17, 2021. File photo by The Canadian Press/Darryl Dyck
Previous story
Next story

As rescue and relief efforts ramp up in areas hardest hit by flooding and mudslides, the B.C. government is expected to provide more information today about the state of emergency it has declared.

Public Safety Minister Mike Farnworth has indicated that measures could include an order preventing passage for all but essential travellers as limited access is slowly restored along some highways.

Speaking from Washington, D.C. last night Prime Minister Justin Trudeau said 120 Canadian Armed Forces personnel had been sent in to support relief efforts in Abbotsford, which was inundated by flood waters. A military reconnaissance group has also been dispatched to the provincial emergency operation centre in Surrey. And more than 200 troops are on standby in Edmonton awaiting orders to deploy to B.C.

About one-thousand people trapped in Hope were able to leave last night when single-lane passage was permitted on Highway 7, but an estimated 17,000 remain out of their homes as evacuation orders cover some 6,900 properties.

On another front, the RCMP say search efforts are continuing at a landslide along Highway 99 south of Lillooet where a woman's body was recovered this week, and where police have received reports of four missing people.

Farms animals have suffered tremendous hardship from the disaster and Agriculture Minister Lana Popham says helicopter deliveries of food and water are being arranged for livestock on farms cut off by the floods.

Trudeau, meanwhile, said he will visit British Columbia "when the time is right.”

“Obviously our priority right now needs to be on getting all the immediate help and rescue that people need,” he said at a news conference following his trilateral summit with the U.S. and Mexican presidents.

The prime minster noted that he has had multiple conversations with his cabinet ministers, with Premier John Horgan, and with the mayors of flooded communities to coordinate on a response to the catastrophe.

"We will continue to stay on top of it and every step of the way do everything necessary to help the people of B.C. who are going through an extremely difficult time right now,” he said.

In the interim, the province has announced that financial assistance will be available for people affected by the flooding and landslides.

It says applications for assistance must be submitted to Emergency Management B-C by February 12th of next year.

This report by The Canadian Press was first published Nov 19, 2021.