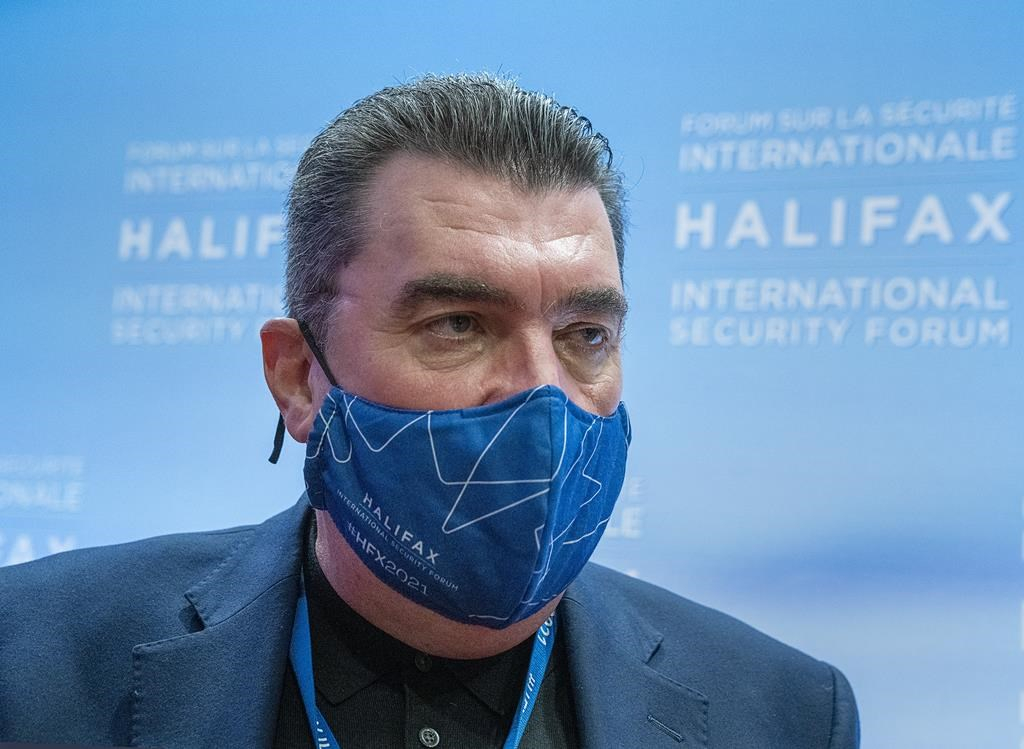 Oleksiy Danilov, Secretary of the National and Defense of Ukraine, attends the Halifax International Security Forum in Halifax on Sunday, Nov. 21, 2021. File photo by The Canadian Press/Andrew Vaughan
Previous story
Next story

A senior Ukrainian government official is urging Canada to bolster its support for the eastern European country as it faces a renewed threat from Russian forces along its border.

Oleksiy Danilov, secretary of Ukraine’s National Security and Defence Council, said on Sunday the country requires additional assistance to defend itself as Russia masses troops and military equipment near Ukraine.

He warned that Russia's actions threaten the peace and security of not just Ukraine but the entire world and could spark a war unless swift action is taken.

"If we don’t stop (Russian President Vladimir Putin) now, then a third world war is coming," Danilov said in an interview through a translator. "Not a cold war, a hot war."

His comments at the Halifax International Security Forum come as Ukraine seeks greater support from allies amid Russia's intensifying presence near Ukraine's border, as well as membership in the NATO alliance.

Canada currently operates a training mission in Ukraine that is set to run until the end of March 2022.

Danilov said he's confident Canada will renew its mission and is hopeful co-operation between the countries will be enhanced.

"We are negotiating an expansion of such programs and trying to enhance co-operation as much as possible," he said. "We are here to get this additional assistance."

Potentially complicating Canada's ongoing operations in Ukraine is a recent report that found far-right radicals in the Ukrainian army boasted on social media that they received training from the Canadian Armed Forces.

The study by George Washington University in Washington, D.C., found that members of Centuria have accessed training from Canada, among other NATO countries, and taken part in joint military exercises.

Centuria is a group that holds ties to far-right movements, venerates Nazi figures and aims to protect what it calls Europe’s “ethnic identity,” according to the report from the Institute for European, Russian and Eurasian Studies.

Roman Mashovets, a senior advisor to Ukrainian President Volodymyr Zelensky on security and defence issues, said the Ukrainian government is concerned about the issue and monitoring it closely.

He said Ukraine has conducted its own investigation, set to be released soon, that discovered a misunderstanding involving a student movement, one that was never formally connected to Centuria.

"They created some sort of secret community ... not connected with a far-right movement at all," said Mashovets, deputy head of the Office of the President of Ukraine for National Security and Defence.

Meanwhile, he said Ukraine would like to see the scale of Canada's mission in the country increase and expand beyond infantry training.