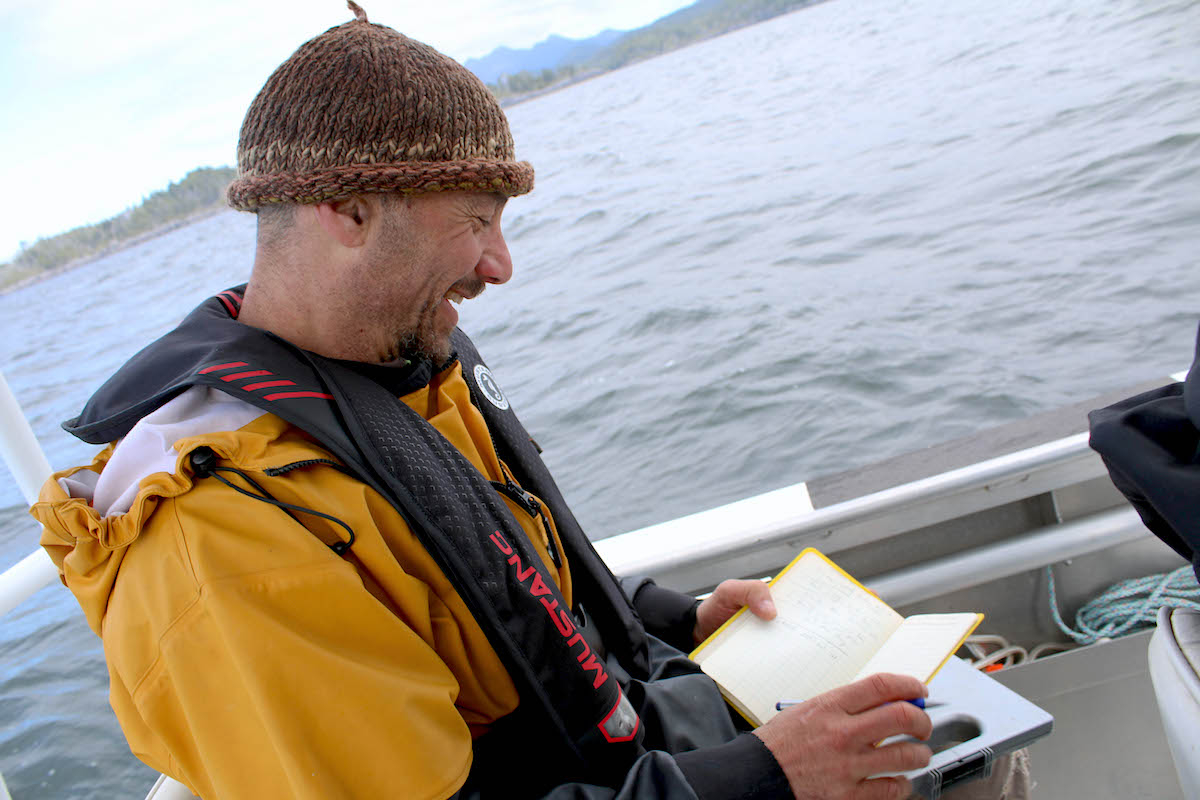 A series of biodiverse hot spots in First Nations territories along the central coast should be protected, says researcher Alejandro Frid. Photo by Lauren Eckert
Previous story
Next story

A number of sites of exceptional biodiversity — well-known to the region's First Nations but previously undocumented by science — have been identified with joint research between the Central Coast Indigenous Resource Alliance (CCIRA) and Fisheries and Oceans Canada (DFO), said one of the study’s lead authors, Alejandro Frid.

The hot spots studied fall within the territories of the Kitasoo/Xai’xais, Wuikinuxv, Nuxalk and Heiltsuk Nations, which are also involved in the CCIRA, Frid said.

“None of (the hot spots) was a surprise to the First Nations,” Frid said, adding a number of sites identified through traditional knowledge need more exploration. “But from a formal scientific standpoint, there were no surveys of what was there in terms of rockfishes, corals and sponges.”

All the biodiverse pockets on the central coast are important to preserving the marine ecosystem, but it was particularly interesting to find significant populations of rockfish, or the fish family Sebastinae, some of which can live as long as 200 years, Frid said.

“I was personally surprised to see a large amount of some of the really long-lived rockfishes being way up in the fjords,” he said “Fishery scientists think of them as being more associated with areas further out closer to the continental shelf.”

The hot spot study — which involves 11 years of survey data gathered in a variety of ways, including scuba dives and DFO’s remote video camera to explore as deep as 500 metres — will contribute essential information to a new network of marine protected areas (MPAs) being developed that will stretch across extensive sections of B.C.’s coast, said Frid, CCIRA’s science co-ordinator.

The Northern Shelf Bioregion MPA network will protect important areas of biodiversity along the coast from Quadra Island in the south to the border with Alaska in the north — approximately two-thirds of the West Coast.

A number of sites of exceptional biodiversity — well-known to the region's First Nations but previously undocumented by science — have been identified along B.C.'s central coast and should be protected, a joint study suggests. #Biodiversity

Yelloweye rockfish in particular are culturally significant and important to the food security of area First Nations, Frid said, but the fish has suffered a 67 percent drop in biomass population over a century leading up to 2018.

Beyond being ecologically valuable and important ecosystems for feeding and breeding other marine species, sponge and coral beds capture and store significant amounts of carbon, so are also important from a climate change perspective, Frid said.

However, these seabeds are particularly vulnerable to bottom-contact fishing gear, such as prawn traps, long lines or bottom trawling, which involves dragging a net along the ocean floor, he said.

“So, the benefits of protecting corals and sponges in marine protected areas had immediate benefits by just stopping the collective damage to these species groups that play an important role as natural carbon stores.”

Mike Reid, manager of the Heiltsuk Nation’s stewardship department, agreed surveying the hot spots identified by First Nations in numerous areas on the central coast was a key step to protecting them.

“The nations know where the spawning grounds are for rockfish and other species, and we were aware of the corals and sponges,” Reid said.

“But through this process, we're able to get the exact co-ordinates to those spots and incorporate those into the MPA process.”

The central coast nations started the planning process for marine protected areas in their territories in 2007, first with the province and now also in conjunction with the federal government, he said.

Stakeholders have provided feedback around draft plans to protect areas in the entire Northern Shelf Bioregion, which is expected to go out for public input at the beginning of 2022.

The larger MPA network is subject to a tripartite process between the federal and provincial governments and 13 First Nations, with input from a variety of stakeholder agencies and groups.

While food security and cultural reasons are important for preserving rockfish, protection is the paramount concern for the fish, corals and sponges, Reid said.

“Our goal has always been conservation. And we've seen that slip with the current (DFO) management regime,” he said.

“There's no balance there anymore. For the most part, (marine resources) are managed for harvesting, not for ecosystem health.”

Climate change has also had cumulative impacts on other marine resources important to First Nations such as salmon, sea urchins and seaweed, he added.

“A lot of people see the MPA process as a takeaway, but we see it the other way round,” he said.

“It’s more or less putting these areas in a bank for children, and our children's children.

“Protected areas that are left alone long enough will thrive and repopulate, and eventually the biomass inside will overflow into the outside for longer-term benefits.”

The hot spots identified in the study represent the top 20 per cent of an index of ecological importance that took into account species distinctiveness, vulnerability and abundance, or lack thereof, as well as key roles in the food web, Frid said.

Key hotspots for rockfish, corals and sponges should also be considered for interim protection while the Northern Shelf Bioregion network is being finalized, a process that can take years, Frid said.

But regardless of when and where protections of biodiverse hot spots go into place, such protections will be meaningless without enforcement, he said.

“None of this (protection) will really matter if there’s not enough resources for monitoring and enforcing compliance from fishers,” Frid said.

“Fisheries and Oceans Canada will definitely need to step up… if any of these closures are actually going to meet their conservation goals.”