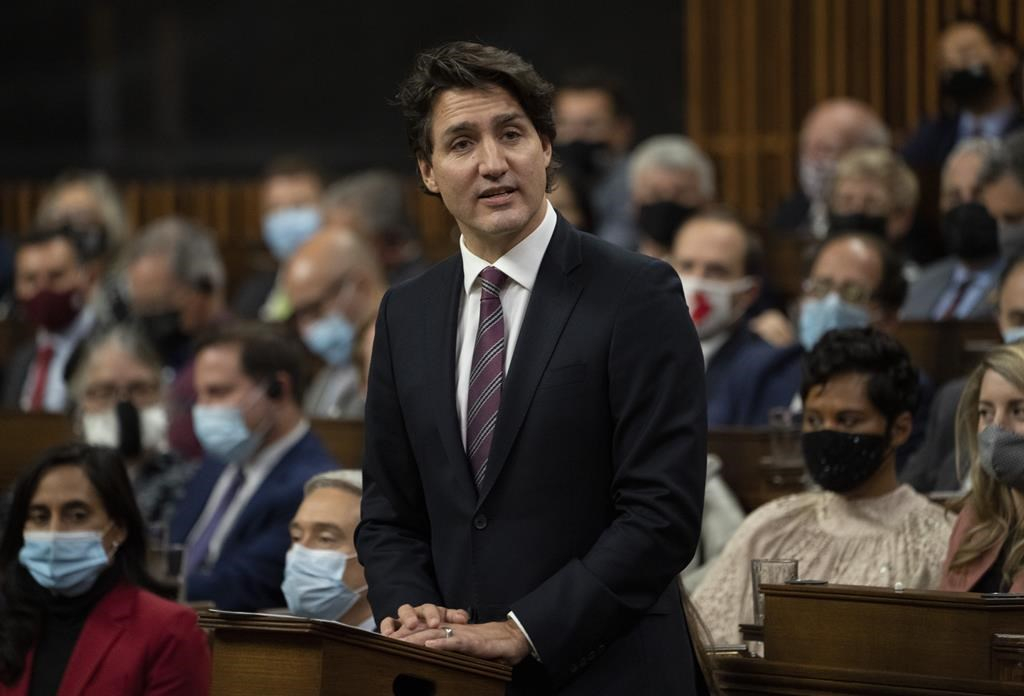 Prime Minister Justin Trudeau will outline the agenda for his third Liberal mandate in a speech from the throne today.

The throne speech is expected to be short and contain no surprises, recapping themes laid out in the Liberal platform during the recent federal election campaign, which produced a second, consecutive Liberal minority.

The most novel aspect of the speech may well turn out to be the person who delivers it: Mary Simon, the first Indigenous person to hold the office of Canada's governor general.

Simon, an Inuk from Kuujjuaq in northeastern Quebec, will read the speech in the Senate chamber to an audience of dignitaries, senators and a handful of MPs — a significantly smaller crowd than usual due to the ongoing COVID-19 pandemic.

The speech is expected to sketch the broad strokes of a plan that Liberals contend Canadians gave Parliament a mandate to pursue: finishing the fight against COVID-19 and rebuilding a more resilient, fairer and greener economy.

It will also reiterate what the government considers to be the key pillars of economic growth, including affordable housing, more aggressive action on climate change and completing negotiations with holdout provinces on a national $10-a-day child care system.

It is further expected to reiterate the government's commitments to make the country safer and more inclusive and to continue pursuing Indigenous reconciliation.

Throne speeches rarely provide much detail and this one is not expected to be any different. A more detailed blueprint will emerge later in the mandate letters Trudeau writes to each of his cabinet ministers, laying out their specific marching orders.

It promises to be a jam-packed legislative agenda that will get started in earnest on Wednesday.

And it's clear the Liberals this time are intent on moving quickly on their priorities, despite their minority status which makes them reliant on opposition parties to get legislation passed and to survive confidence votes.

Government House leader Mark Holland indicated Monday that he wants to pass four priority pieces of legislation before the House of Commons breaks for the holiday season on Dec. 17.

— A renewed bill to make it a crime to force anyone to undergo so-called "conversion therapy" to alter their sexual orientation or gender identity.

— A bill to criminalize the harassment or intimidation of health-care workers.

— A bill to implement promised, more targeted aid programs for those hardest hit by the pandemic while winding down the previous emergency benefits.

— A bill to provide 10 days of paid sick leave for federally regulated workers.