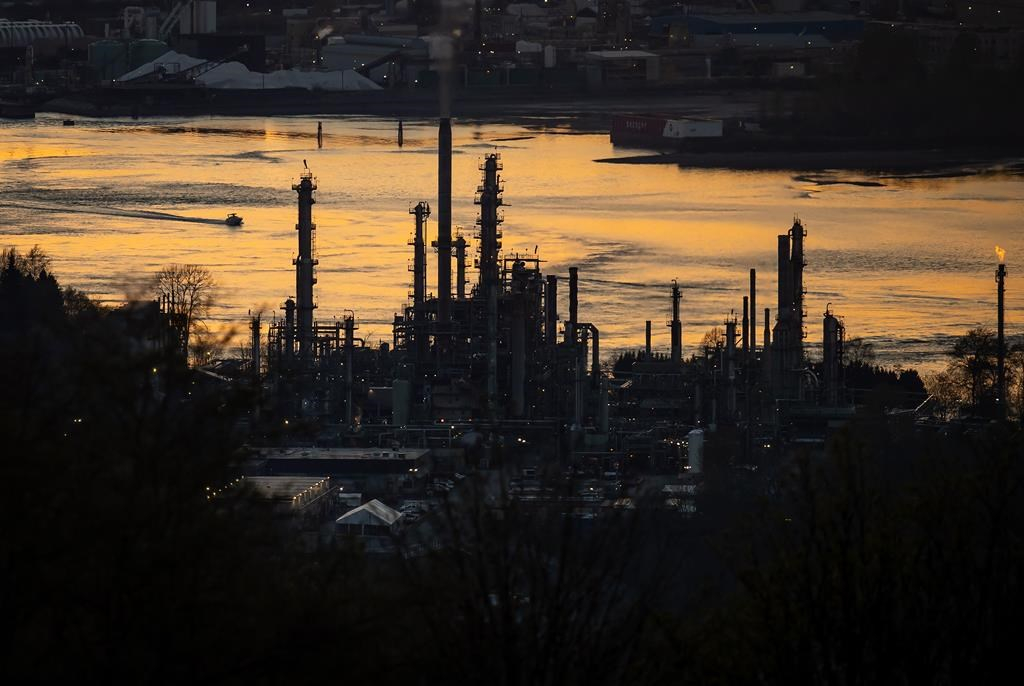 A boat travels past the Parkland Burnaby Refinery on Burrard Inlet at sunset in Burnaby, B.C., on Saturday, April 17, 2021. File photo by The Canadian Press/Darryl Dyck
Previous story

Parkland Corp. is moving to pause its refinery processing operations in Burnaby, B.C., due to a lack of crude oil supply from the Trans Mountain pipeline, which has been shut down as a precaution due to the flooding in B.C.

The company says it plans to maintain the refinery, which is a key source of gasoline for the Vancouver area, on standby mode so that it can resume processing quickly.

“We are maintaining the refinery in ready-mode...which positions us to recommence processing once sufficient crude oil feedstocks become available”, Ryan Krogmeier, Parkland's senior vice-president of refining, said in a statement.

Parkland said its blending, shipping, terminal, and rack activities remain operational. It said this enables fuels to be off-loaded from ships and rail directly into the refinery, from where they can be stored and distributed.

The company that owns the Trans Mountain pipeline has said it is optimistic the pipeline could be restarted by the end of the week.

Trans Mountain Corp. has 350 people working around the clock to restart the pipeline, which has been shut down since Nov. 14.

Concerns about gasoline shortages led the B.C. government to limit drivers to 30 litres per fill up at gas stations and to encourage people to limit their travel.

Companies in this story: (TSX:PKI)