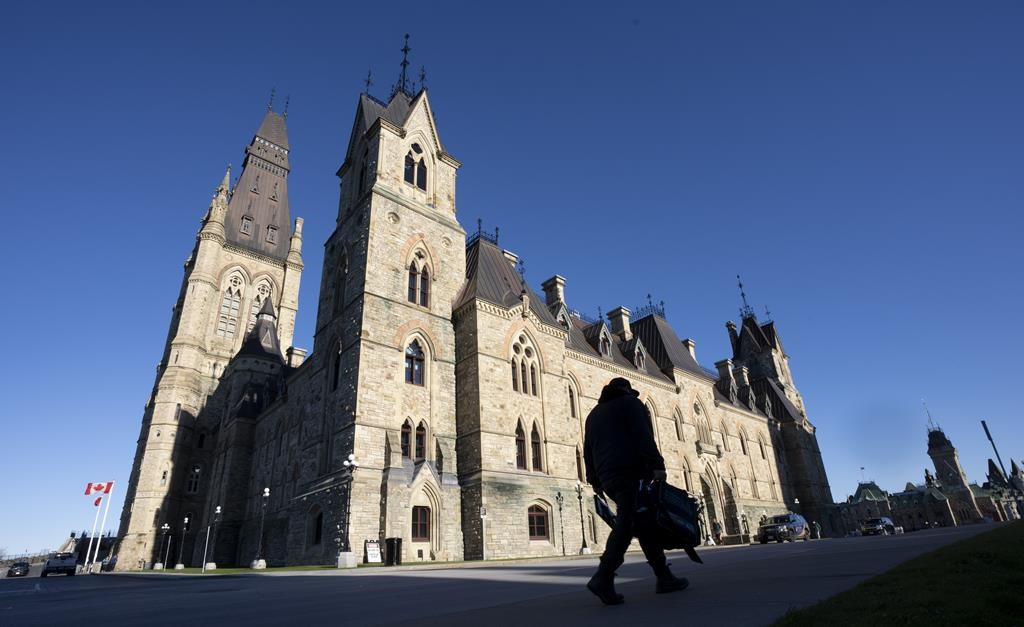 A worker walks past the West block as Parliament returns, in Ottawa, Monday, Nov. 22, 2021. THE CANADIAN PRESS/Adrian Wyld
Previous story
Next story

OTTAWA — The federal Liberals have introduced a two-for-one piece of legislation that would provide sick leave to some workers, and bring the law down on anyone harassing health-care employees.

The bill would provide 10 days of paid sick leave to federally regulated workers, a contingent that makes up a small percentage of the overall Canadian workforce.

He added that the government will work with provinces and territories so they can replicate the federal promise for workers under their jurisdiction.

At the same time, the legislation would create two new offences in the Criminal Code: one for anyone threatening a health-care worker, those who assist them, and anyone trying to access health services, and a second for anyone caught obstructing access to a health-care facility.

The punishment for either would be up to 10 years in prison.

Justice Minister David Lametti acknowledged that the Criminal Code already includes general offences that protect people from intimidation, threats, violence and obstructing people's enjoyment or use of property. But he said these amendments would give police and prosecutors additional tools to specifically protect health-care workers and users.

They would also provide a higher maximum sentence, as the current general sentence for intimidation carries a maximum of five years, he said.

The two issues were at the top of the government's legislative agenda when MPs returned to Parliament Hill this week for the first time since the Sept. 20 election.

The Liberals want to see the measures through the House of Commons before the middle of December when MPs go on a holiday break.

The federal Liberals have introduced a two-for-one piece of legislation that would provide sick leave to some workers, and bring the law down on anyone harassing health-care employees. #cdnpoli #PaidSickLeave

This report by The Canadian Press was first published Nov. 26, 2021.