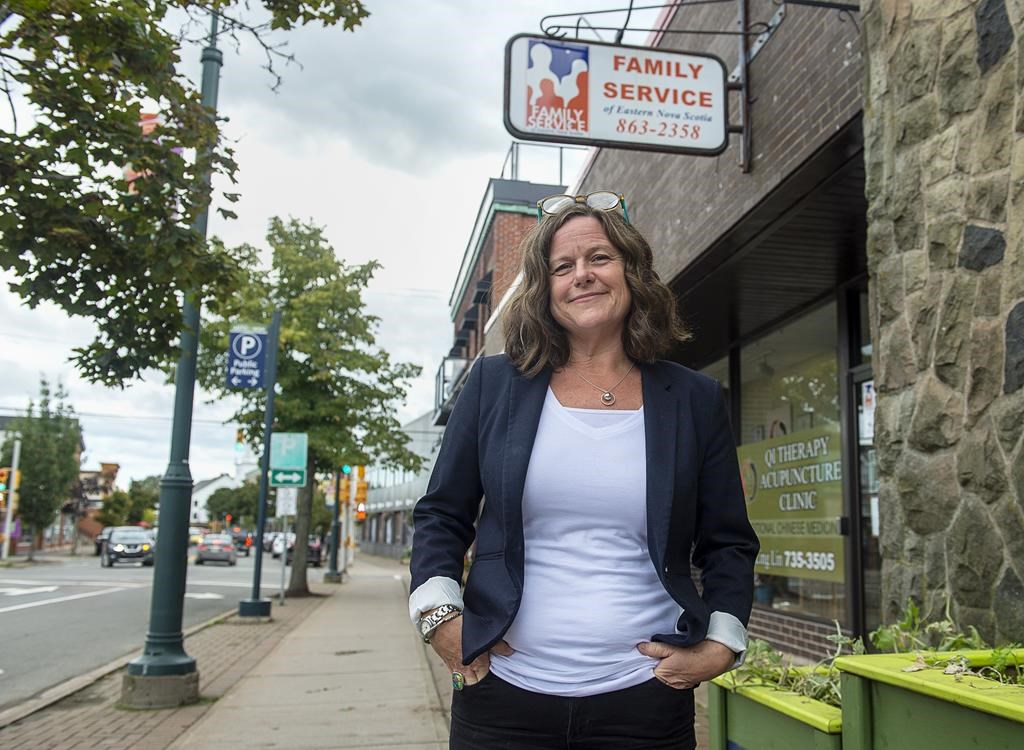 Nova Scotia has established what is believed to be Canada's first 24-hour helpline exclusively for men in response to an urgent need that arose as the COVID-19 pandemic took hold.

Soon after the province was locked down in March 2020, officials noticed an increasing number of men were calling the province's 211 service, which offers information about government and community services.

"The service providers were saying, 'Something is happening here,'" says Nancy MacDonald, executive director of the Family Service of Eastern Nova Scotia.

It soon became clear that more men were actively seeking help as they struggled with job losses, relationship breakdowns, loneliness, anger and the added stress and anxiety caused by the pandemic.

"We all heard the same thing: men are vulnerable, men are hurting, men are socially isolated, men are impacted dramatically by loss of employment and the closure of informal social networks," MacDonald says.

The Nova Scotia Advisory Council on the Status of Women and the province's Community Services Department decided to take action, partly based on the idea that helping men facing a potential crisis could lead to a reduction in family violence. They turned to MacDonald for help because her non-profit organization offers counselling and a wide range of programs — and it has plenty of experience with 24-hour helplines.

The new Men's Helpline was established in September 2020 with little fanfare. Over the next 12 months, the free, confidential service handled 1,600 calls from men across the province — a big number for a province that is home to less than one million people. By mid-November, that number had jumped to almost 2,200.

The line is for adult men or those who identify as male. When they call 211, they are transferred to the helpline if they have concerns about their well-being, their safety or the safety of others. And those who find themselves facing a crisis will also receive help depending on the type of distress.

One of the goals of the program is to prevent family violence by providing men with easy access to risk management and intervention. MacDonald says the line has proven to be so successful, there's been talk about expanding access to other provinces.

"The purpose is to create an open space for the men to feel heard and to regain their emotional balance," MacDonald says.

Dr. Michael Young, medical director at the Sheppard Pratt psychiatric hospital in Baltimore, Md., says the helpline is a good idea because men are often reluctant to ask for any kind of assistance.

"Men tend to view depression and anxiety as a sign of weakness," he said in an interview. "During the pandemic, isolation and feelings of stress and depression have been dramatically increased. We have had more referrals than ever to our programs."

As well, the economic disruption caused by the pandemic led to widespread job losses, which took an immense toll on men and their families.

"Most men connect their financial well-being with their ability to provide for their families," says Young, who specializes in treating mood, anxiety and personality disorders. "It's where they derive a big part of their self-esteem."

Meanwhile, repeated lockdowns and ever-changing health protection measures had virtually eliminated social contact for men at the workplace. Dr. Simon Sherry, a professor in the department of psychology and neuroscience at Dalhousie University in Halifax, says most men were ill-prepared for working from home.

"Men have smaller circles, in terms of their social networks, and their networks will often have ties to the physical workplace," says Sherry, a psychiatrist who studies the role of personality in relationship problems, depression, anxiety and alcohol issues. "Women have broader social circles and are typically better represented in cyberspace."

Though there's solid evidence to suggest a national helpline is needed for men, it would be a mistake to conclude men are struggling more than women, Sherry adds.

"There is no evidence for a man-demic. Amid this pandemic, everyone is suffering, and men and women are sometimes suffering in different ways."

Sherry says lockdowns have been particularly difficult for women because they have been left with more caregiving chores, exacerbating pre-pandemic inequities. As well, women remain overrepresented in hard-hit retail and health-care sectors.

Still, it's clear that men are less likely to seek help for mental or physical problems, which leads to more severe and complicated forms of illness. Keith Anderson, a Nova Scotia lawyer who struggled with depression for years, says he sees the need for the new helpline.

"I've been there, and I know the challenges one can face," says Anderson, a mental health advocate and lead peer support worker with the Canadian Mental Health Association in Cape Breton.

"If men come together and talk, they won't move down the continuum of mental health to get to the point of needing a therapist, or a psychologist, or thinking about suicide."

He sees having a 24-hour service as key in terms of suicide prevention.

"At 3 a.m., that's when you start thinking about suicide," Anderson says. "I was there. I had it planned. But I wouldn't do that to my family."

Men transferred to the helpline can spend up to 30 minutes talking to a responder, and there's no limit on the number of times they can call. The service is offered in more than 200 languages, and there's an option for separate, short-term counselling sessions, free of charge.

An evaluation of the helpline released in July found the largest group of callers needed help coping with stress and anxiety linked to job loss or waiting for mental health services. Other callers talked about feelings of loneliness and grief, which they said were intensified by the pandemic. And there were calls from men who wanted immediate help dealing with the loss of a relationship or anger, conflict and violence within a relationship.

"Men have also called with concerns about anger management, with some presenting with high levels of misogynistic attitudes, and descriptions of high levels of conflict in intimate relationships," says the evaluation, conducted by the Centre for Research and Education on Violence Against Women at Western University in London, Ont., and Saint Mary's University in Halifax.

About one-third of unique callers were referred to short-term counselling. A larger number of men, however, called repeatedly for single, on-demand half-hour sessions.

"Sometimes, callers felt that they 'got what they needed' with the single sessions and that they value the (helpline) as an accessible service that they can use to speak with a counsellor immediately, instead of being put on a wait-list for services," the study says.