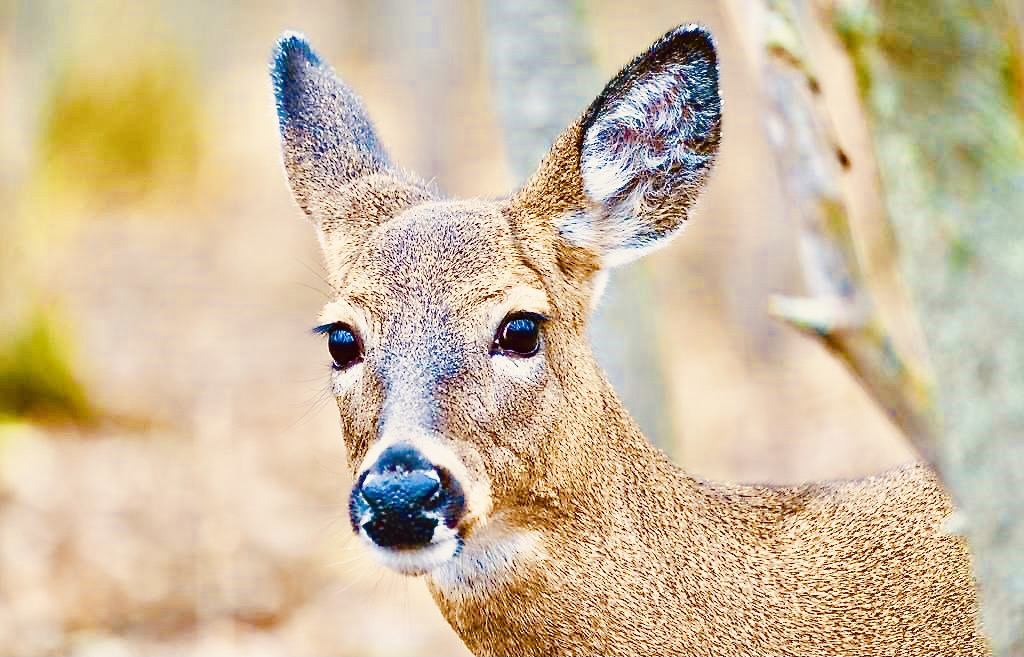 A deer is seen at the Michel-Chartrand Park in Longueuil, Que., on November 13, 2020. File photo by The Canadian Press/Paul Chiasson
Previous story
Next story

For the first time, the COVID-19 virus has been detected in Canadian wildlife.

The department says the deer all appeared healthy and showed no clinical signs of COVID-19.

The discovery follows recent reports of the virus spreading among white-tailed deer in the United States.

There has so far been no known transmission of COVID-19 from deer to humans and Environment Canada says it remains "largely a disease of human concern and typically spreads from human to human."

Still, until more is known, it says anyone exposed to respiratory tissues and fluids from deer should wear a well-fitting mask and avoid splashing of fluids as much as possible.

COVID-19 has infected multiple species of animals, including dogs, cats, farmed mink and zoo animals. But this is the first time in Canada that it has spilled over into wildlife.

Deer in the Estrie region of Quebec were sampled Nov. 6 to 8. The National Centre for Foreign Animal Disease confirmed the virus in three of them on Monday. The World Organisation for Animal Health was notified on Wednesday.

"As this is the first detection of SARS-CoV-2 in wildlife in Canada, information on the impacts and spread of the virus in wild deer populations is currently limited," Environment Canada said in a news release Wednesday.

"This finding emphasizes the importance of ongoing surveillance for SARS-CoV-2 in wildlife to increase our understanding about SARS-CoV-2 on the human-animal interface."