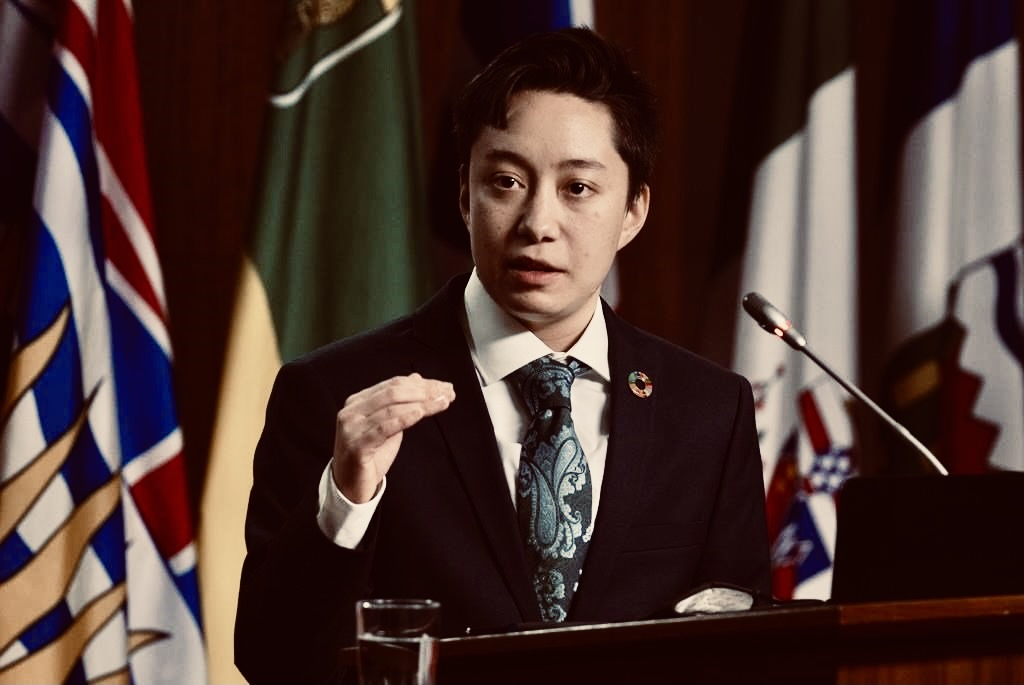 Amita Kuttner, the new interim Green leader, says they will be ready to take tough disciplinary action to deal with party members who "have been at each other's throats."

The astrophysicist, who is nonbinary and transgender, said Wednesday they want to "listen and love" to "heal" the party, which has been riven by infighting and accusations of racism and antisemitism.

But, if that does not stop a minority of Greens, Kuttner said they would "absolutely" be prepared to take tough disciplinary action under the party's code of conduct.

They acknowledged that internal squabbles and sniping on social media had hurt the party and said they wanted to "guide everyone on this healing journey."

"The healing is not just for those who have been at each other's throats but everyone hurt by the fact this has happened," they said.

At their first news conference as interim leader, Kuttner said they want "to start the process of regrowth," after the party saw public support plummet in the election.

The Greens are also facing a financial crisis and have had to fire a number of party staff. Kuttner said a fundraising drive would be a priority.

Kuttner was appointed after former leader Annamie Paul resigned, saying leading the Greens had been the worst period of her life.

The 30-year-old is the first transgender leader of a major federal political party in Canada.

Kuttner heard tributes from Green MPs Mike Morrice and Elizabeth May, the former leader, who said the B.C. astrophysicist was brave for taking on the task.

@AmitaKuttner, the new interim Green leader, says they will be ready to take tough disciplinary action to deal with party members who "have been at each other's throats." #GreenParty #CDNPoli

The interim leader will hold the post until the party elects its next leader. Kuttner ruled out going for the permanent job as they are going through a medical transition.

Kuttner said the Greens would not support the government's throne speech as it was not ambitious enough on climate change.

They said the Greens' appeal reaches beyond environmental issues, although fighting climate change remains the priority. They plan to reach out to those turned off by the Liberals, Conservatives and NDP and people seeking a less centralized alternative to mainstream politics. The interim leader said they were not a fan of hierarchy.

Addressing Canada's "colonial and genocidal" past on Indigenous issues will also be a focus for the party, they said.