Paying for preparedness: Climate change role-play has become a reality 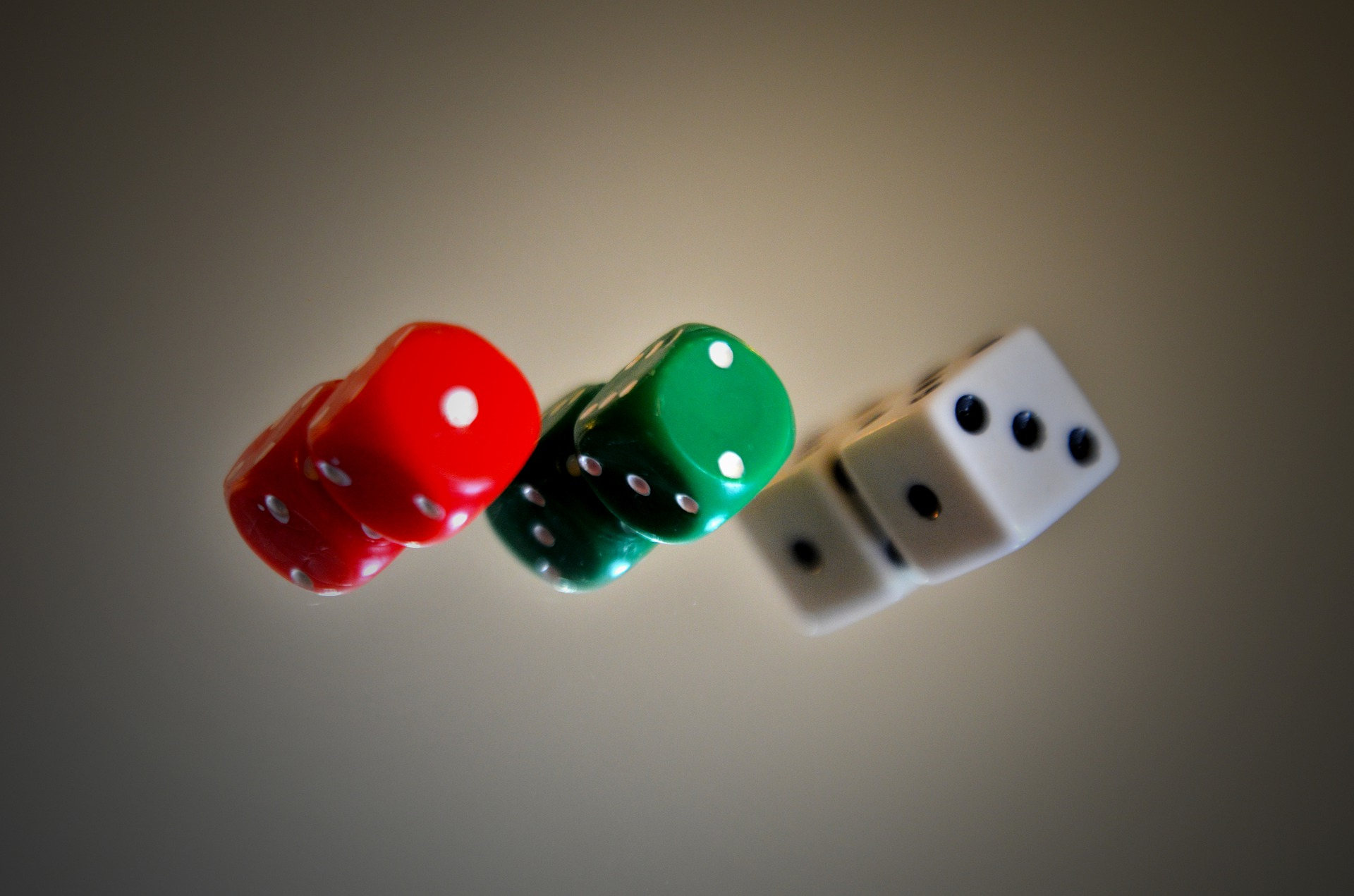 This is not a game. Regarding climate change, that much is abundantly clear. The often overwhelming impacts of extreme weather driven by the changing climate have hit hard in North America and beyond. Photo by Moshe Harosh / Pixabay
Previous story
Next story

This story was originally published by Bulletin of the Atomic Scientists and appears here as part of the Climate Desk collaboration.

This is not a game.

Regarding climate change, that much is abundantly clear. Even at a few 10ths of a degree shy of the aspirational ceiling of 1.5 C of warming above pre-industrial levels, the often overwhelming impacts of extreme weather driven by the changing climate have hit hard in North America and beyond. During “our summer of hell,” as environmental author Jeff Goodell recently framed it in Rolling Stone, about a third of Americans have been hit by a weather disaster. We’ve had a killer heat dome in the Pacific Northwest, savage wildfires, devastating floods, and suffered a terrible toll from hurricane Ida. Globally, a recent study showed that nearly 10,000 additional heat deaths per year can be directly attributed to human-induced global warming. And a comprehensive new report from the World Meteorological Organization calculated that disasters caused by weather have multiplied and are causing seven times more damage today than in the 1970s.

The silver lining is that despite a five-fold increase in disastrous weather events in the past half-century, the average number of daily deaths is down 75 per cent. This is due to improved early warnings and better emergency management practices. Lives are being saved — but many are being ruined, nonetheless. Drought, floods, and storms displace thousands of people every year. Those who stay often endure significant uninsured losses, with communities hit so hard that they slip into local or regional economic depressions.

With a supercharged atmosphere making for chronic meteorological catastrophes, we need to move beyond short-fused disaster administration and quickly adopt best practices in climate risk management. A widely cited statistic about climate risk management: For every dollar invested in disaster resilience, society saves $6. But facts about humanitarian crises averted can feel abstract unless you face them, or at the very minimum, role-play as someone who must confront them.

I did so myself. And I lost my beans.

Paying for Predictions is an experiential learning game designed for the Red Cross Red Crescent Climate Centre by Boston University visiting fellows Pablo Suárez and Janot Mendler de Suárez. Players can gain an appreciation for the importance of preparedness and early action, the use of weather and climate projections, and disaster resilience and climate risk reduction. At a recent international climate forum organized by French non-profit Météo et Climat, I joined other weather presenters from around the world in this eye-opening role-play activity.

I was told to think of myself as the elected leader of a district. I was given 10 beans — my district’s budget — and joined leaders from two other districts to form a country. Our country’s team started with a total budget of 30 beans. While beans could not be exchanged between players, I was allowed to contribute from my stash to the country’s preparedness budget to pay for collective mitigation and adaptation investments. But keep in mind that the winning players and teams are those with the most beans left in the end, so you want to be judicious about spending them.

The game consists of 10 rounds. Teams take turns rolling a green die hidden under a cup that represents regional rains. Each player is then expected to roll a white die, which represents local district rainfall. If the sum on the dice is nine or lower, you can keep all your beans. But with any roll, there is a 25 per cent chance of hitting 10 or higher, which for the purpose of the game, represents a damaging flood disaster. And flooding will set you back four beans per player. That’s 40 per cent of your district’s resources, with many rounds to go! If after a few rounds you end up with three beans or fewer and you can’t pay for the consequences of a flood, your district is deemed to be entering a humanitarian crisis.

And that’s where the lessons begin: Before rolling that second die, I was allowed to spend one bean on preparedness measures. Preparedness could take many forms, from early warnings to the positioning of aid in my district ahead of time, to the procuring of insurance. If I rolled a 10 or more but had spent one bean on early preparedness, I would not lose any additional beans even if it flooded. But if I chose not to invest in preparedness and rolled a 10 or higher, I’d be hit with a four-bean disaster.

Knowing that I had to last 10 rounds, I feared acting in vain by paying one bean preparing for a disaster that was not likely to happen. After all, one bean is 10 per cent of my budget. If I spent it, that money would be gone even if the weather remained sunny. But when I didn’t pay to prepare and was hit with the bad-luck roll of the dice that resulted in flooding, I regretted that I had failed to act early.

What if I had a chance to see what was on the green die before I rolled my white one? Meteorology and climate science allow us to “see” into the future. Investing in science could improve our weather and climate forecasts to make assessing the risk to our country easier. The team decided that it was worth investing in this science, and through a bidding process, we were able to swap out the green die’s opaque cup for a clear one. This allowed me as district leader to see what the regional rains were “forecast” to be before deciding on preparedness expenditures. If the green die rolled a one, two, or three, I knew for a fact that there would be zero flooding in my district — even if I rolled a six on my white die. Investing in science cost me and my district a couple of beans, but the return on investment was huge at the local and national levels.

Acting as a country, we were also later given the option to invest in disaster risk reduction in the form of reforestation. Planting many trees can reduce erosion and flooding even during excessive rainfall. While our team was asked to pay a few beans for this, the next time my district was hit with flooding, I was only asked to turn over two of my beans instead of four. Another good investment!

In the game’s later rounds, a new and wicked twist was added. The green die was secretly replaced by an eight-sided die, representing how global warming has made extreme weather events more likely. Now the chance of rolling a 10 or higher was 35 per cent instead of 25 per cent. Those countries that had not invested in prediction science were left in the dark and totally taken by surprise because the new climate-change-loaded-die was hidden. But at least those teams that had invested in disaster risk reduction would only lose two beans and not four, even if the likelihood of a flood in any district was higher.

I ended up with zero beans and more than one humanitarian crisis on my hands. Happiness after a couple of successful early rounds turned into anger and frustration as I realized that I should have known better and invested earlier in preparedness, disaster risk reduction, and science. Though even doing that would have been no guarantee that I’d end the game with any beans left. I was not alone — more than half of the players had no beans left at the end of the 10 rounds.

This role-playing exercise is no substitute for the real-life climate risk reduction decisions that policymakers are facing today. But it led to a real revelation for me.

Money (beans) spent on post-disaster relief and recovery was money that I no longer had to be spent on health care, education, and social programs. Once I started running low on beans, I had to think long and hard about investing in disaster risk reduction, or even science! It’s a predicament that eventually left the city, county, state, or nation that I was representing facing humanitarian crises and great hardships.

Individually, collectively, and across international borders, we must invest in climate risk reduction to stop greenhouse gas pollution and adapt to a warming planet. Fear of acting in vain can no longer exist at this stage of the climate crisis. We must act swiftly and boldly.

Acting too timidly won’t amount to a hill of beans.

NASA is preparing for the wrath of climate change