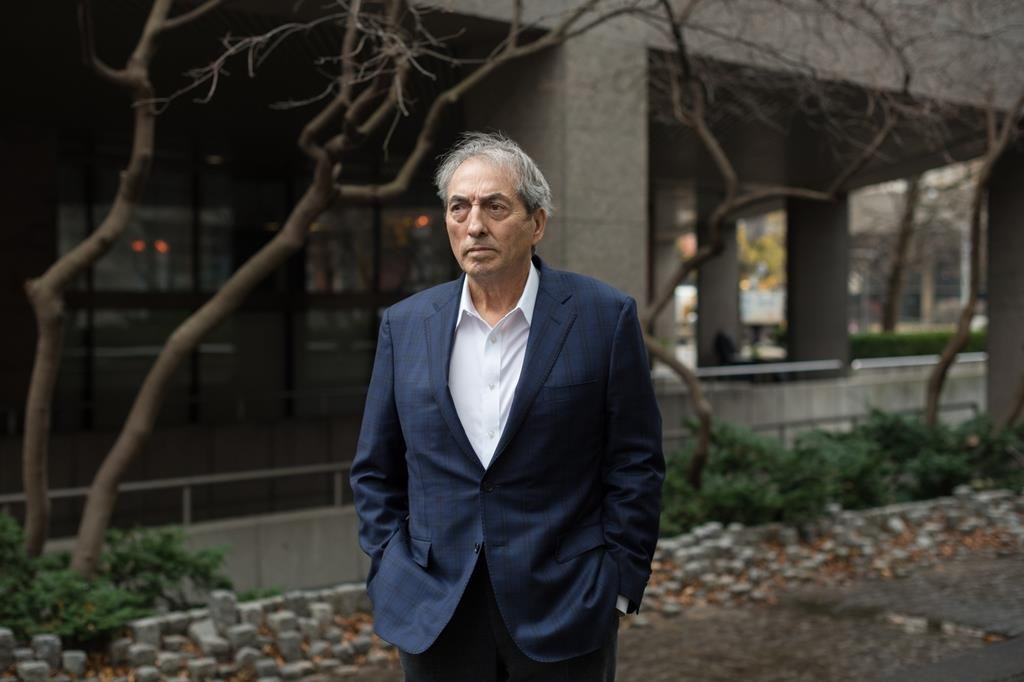 Phil Fontaine poses for a portrait in Toronto on Thursday, Dec. 2, 2021. Photo by The Canadian Press/Tijana Martin
Previous story
Next story

A former national chief of the Assembly of First Nations, Fontaine says he is keeping that feeling close to his heart as he prepares to make a second trip to the Vatican to ask a pope to apologize for the Catholic Church’s role in residential schools.

He is resolute that history will not repeat itself.

"What choice do they really have when the issue of unmarked graves became an international story?" Fontaine asks.

"There is incredible pressure on the Catholic Church."

An estimated 150,000 Indigenous children were forced to attend residential schools. More than 60 per cent of the schools were run by the Catholic Church.

Abuse inside the school walls was kept quiet nationally, despite whistleblowers and federal reports over the decades. But the silence couldn't hold after Fontaine spoke out in 1990 about his own experiences as a child at the Fort Alexander Residential School in Manitoba.

"My Grade 3 class, if there were 20 boys in this particular class, every single one of the 20 would have experienced what I experienced," Fontaine told the CBC as he called for an inquiry into the church-run schools.

Fontaine was grand chief of the Assembly of Manitoba Chiefs and his testimony immediately shook the country.

Accountability did not come so quickly.

"The memories of residential schools sometimes cut like merciless knives at our souls. This day will help us to put that pain behind us," Fontaine said in 2008 following the apology.

As the government was apologizing publicly, there were discreet conversations behind closed doors among leaders of the Catholic Church in Canada, Fontaine says. They wanted to organize a private meeting between a handful of Indigenous leaders and Benedict, who was pope at that time.

The next year, Fontaine walked through the halls of the Vatican with four other Indigenous delegates to meet the head of the Church. Fontaine says the delegation requested an apology during the brief encounter and expected it would come.

But, in the end, Benedict only expressed his sorrow and "personal anguish."

Fontaine kept his hope alive, even as it was accompanied by disappointment.

"In my view, it set the stage for this important moment. It's part of the continuum."

More than another decade has passed, but Fontaine believes now is the right time with the right pope to deliver the important step to reconciliation.

Fontaine says so much has changed since he last visited the Vatican.

The Truth and Reconciliation Commission of Canada released an extensive report showing all Canadians and the world what happened in the church-run schools. Canada also stopped its opposition to the United Nations Declaration on the Rights of Indigenous Peoples. Society began to talk about Indigenous issues differently, Fontaine says.

The Catholic Church started having conversations about another Indigenous delegation to meet Pope Francis a few years ago, he says. Plans were sidetracked by the COVID-19 pandemic.

But with the discovery last spring of hundreds of unmarked graves at former residential school sites, the church came under immense pressure, and speculative plans quickly turned real. The Vatican also recently announced that Pope Francis is willing to come to Canada.

This delegation is already much different than the first, Fontaine says. There is no longer quiet conversation about the trip. Everything is being organized in a much more public way.

There will be more time allotted with the Pope: an hour each for First Nations, Métis and Inuit groups, as well as an hour with the Pope all together. There are up to 30 Indigenous delegates going.

This time, Fontaine adds, First Nations delegates are compiling a document to help guide the Church and the Pope.

"It's important that we not just speak to the Holy Father, but that we leave something behind."

Fontaine says the guide will include the expectation of an apology on Canadian soil and more about steps toward reconciliation and the retrieval of documents and records.

Even after decades of work and the possibility of an apology in his sights, this is still just the beginning, Fontaine says.

"Once all of that is done, then we can begin having very serious discussions about next steps."

This report by The Canadian Press was first published Dec. 5, 2021.