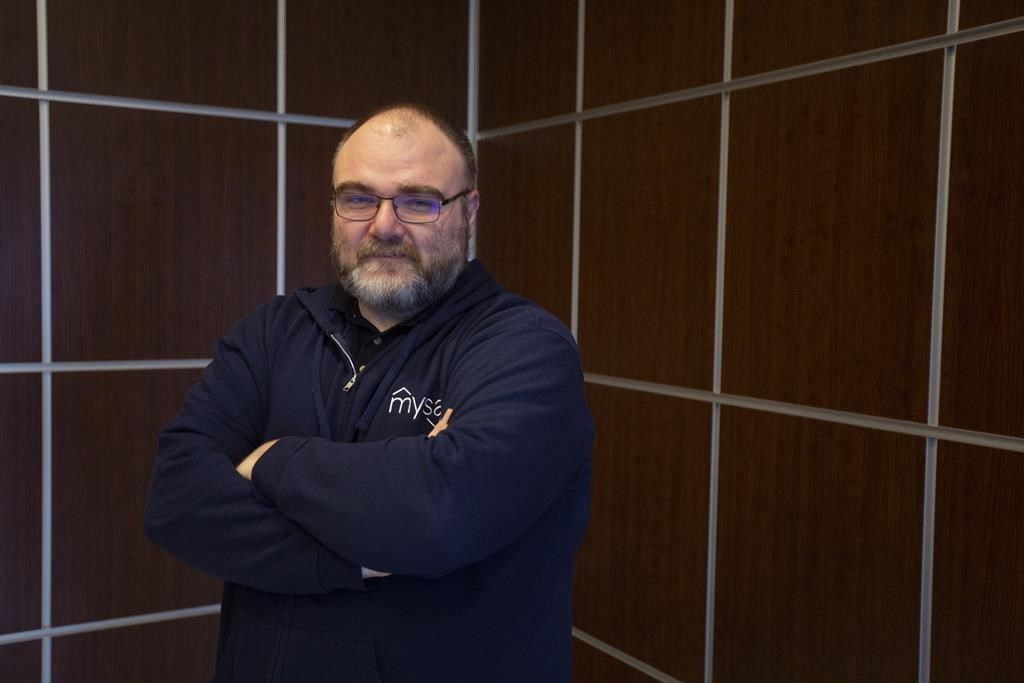 Adam Lichter poses for a photograph in St. John's on Nov. 30, 2021. Lichter spent his last year in the oil industry teaching himself to code while he was working offshore on a massive supply vessel. File photo by The Canadian Press/Paul Daly
Previous story
Next story

Adam Lichter says he spent his last year in Newfoundland and Labrador's oil industry teaching himself to code while working on a supply vessel in an oilfield about 350 kilometres off the coast of St. John's.

It was 2015, and he spent his days operating autonomous underwater vehicles in the Terra Nova oilfield and his nights learning programming languages, driven by the ever-present threat of a layoff in the sector's boom-to-bust trajectory, he said.

Lichter is one of a growing number of former oil workers who've found new careers in the province's tech sector, working as a software developer at smart thermostat company Mysa in St. John's.

"Working offshore had some pretty great benefits," Lichter, 37, said in a recent interview. "But working for the tech industry, I get to come home every night and see my family. The hours are more flexible."

Mysa is one of several tech companies held up as examples of what's possible in the province, often alongside local juggernaut Verafin, which was acquired by Nasdaq in February.

In a video posted by Memorial University to Twitter on Nov. 19, Verafin co-founder Jamie King tells an alumni event that hisfinancial fraud-detecting company employs about 800 people, 600 of whom came from the university. The five-year-old Mysa now employs about 100 people, and last week there were 16 job openings on the company's website.

By comparison, the Terra Nova offshore oil project directly employed 422 people as of June 30, according to a report from its majority owner, Suncor Energy. That's about 400 fewer people than it employed in2015, when Lichter was there.

Overall, Newfoundland and Labrador's offshore oil projects shed more than 6,000 employees in the province between 2015 and 2020, according to operator reports. On June 30, about 3,100 people were directly employed across the province's four offshore installations, reports show.

Jan Mertlik, a co-founder of the St. John's company Get Coding,created to help fill the tech skills gap, said about 20 per cent of his students are oil and gas workers. The majority of them are still working in the industry and preparing to make a change. "What we hear from them is they feel a lot of uncertainty about the industry and the unsustainability of the lifestyle," he said in a recent interview.

Robert Forsythe, chief executive officer of dairy tech company Milk Moovement, bristles at the suggestion that switching from oil to tech is a young person's game. He's hoping to hire between 10 and 15 new people in Newfoundland and Labrador next year, and he's set a goal for at least two of those people to be "retraining, or re-educating or upskilling from other industries," he said.

A hypothetical 47-year-old oil and gas worker from rural Newfoundland, for example, is "exactly what we had in mind," Forsythe said in a recent interview.

"I think it minimizes it a bit to say, 'Oh well, not everyone can be coders at this age,'" he said, noting that people with skills in marketing or project management are just as valuable in the new economy as coders. "Obviously to be an operations specialist at Exxon, you have to understand how to get things done and work with a lot of different stakeholders, and that's no different than what we do every day," he said.

Christina Fong is a former oil and gas engineer now working as a customer success manager at CoLab Software in St. John's.Fong grew up with oil and gas: her father worked in the sector for 40 years and inspired her to do a degree in mechanical engineering at Memorial University, where work term placements were often with oil and gas companies.

She started at CoLab in 2019. The company tends to attract engineers, since it builds collaboration software for engineering teams, she said.

"Myself and some other engineers who work at CoLab are constantly having conversations with people who are either wanting to transition out of the oil and gas industry, or are in the process," she said. Fong said she's also seeing more engineering students looking for work terms outside of oil and gas and within the tech sector.

For Lichter at Mysa, there's an added bonus: the company is focused on helping people reduce greenhouse gas emissions with smarter home heating.

"It really makes me feel proud to work with a company that has placed such a strong focus on the environment," he said. "It's good to be able to say that I'm actually doing something now to help it rather than, you know, working offshore."

This report by The Canadian Press was first published Dec. 6, 2021.