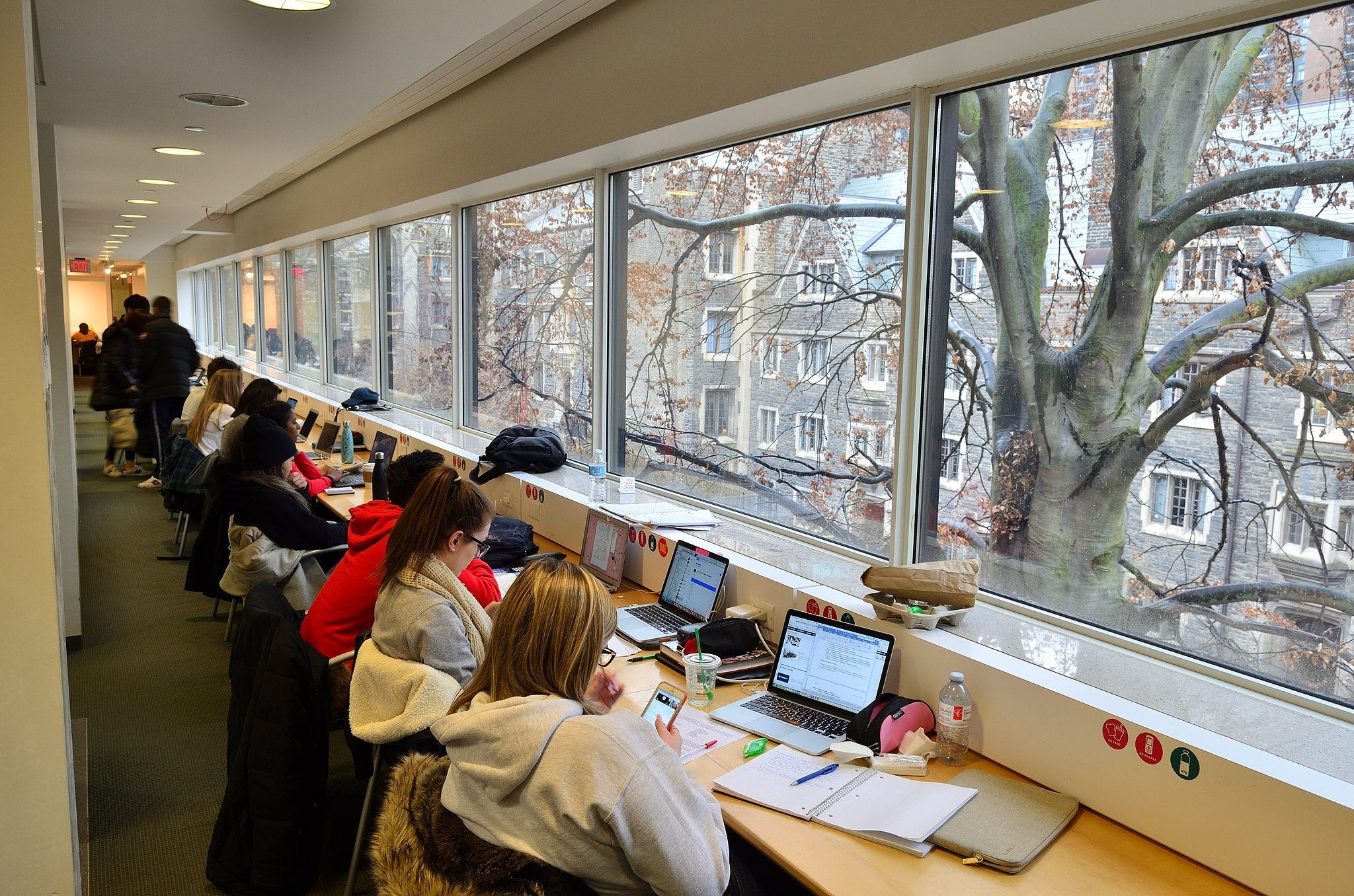 Students study at University of Toronto's E.J. Pratt Library before the COVID-19 pandemic was a worry. Photo by: Wikicommons/Raysonho
Previous story

The University of Toronto called off the remainder of its in-person exam schedule at short notice this week and most of its students will return to online classes after the winter break in a bid to limit the spread of COVID-19.

The Omicron variant, first identified in November, is spreading in many parts of the world. It has led to a spike in total cases and the re-imposition of travel restrictions and other public health measures.

Online exams will proceed as planned, and some in-person exams may shift online, U of T said in a note to its community on Wednesday. It also said almost all classes will be delivered virtually in January.

Ryerson University, also known as X University while in the midst of a name change, on Thursday joined its cross-town peer in delaying the return to class until the end of next month. However, it is sticking to its exam schedule, meaning some will remain in-person.

Toronto’s third university, York, is also sticking to its exam schedule but has delayed in-person classes until Jan. 24

“The decision to cancel or defer in-person exams and delay in-person learning was not made lightly,” said Trevor Young, U of T’s acting vice-president and provost and dean of the Temerty Faculty of Medicine. “But it is a necessary step to safeguard the health of our students and all members of the U of T community in light of the emergence of the latest variant of concern.”

Cases of COVID-19 in Ontario spiked to their highest in more than seven months on Thursday, with 2,421 new infections. The provincial government has accelerated the booster vaccine program and is calling on everyone 18 and older whose second jab was at least three months ago to register for a third jab, starting Monday.

U of T’s move follows similar steps taken at a string of other Canadian universities, including Queen’s University in Kingston, where varsity sports are suspected of aiding the spread of the highly transmissible variant in the region and to other university communities.

Queen’s said on the weekend its exams will either move to an alternative delivery method or be rescheduled for the new year. The region’s public health unit has limited all social gatherings and organized public events to five people.

The University of Toronto called off the remainder of its in-person exam schedule at short notice this week and most of its students will return to online classes after the winter break in a bid to limit the spread of #COVID19.