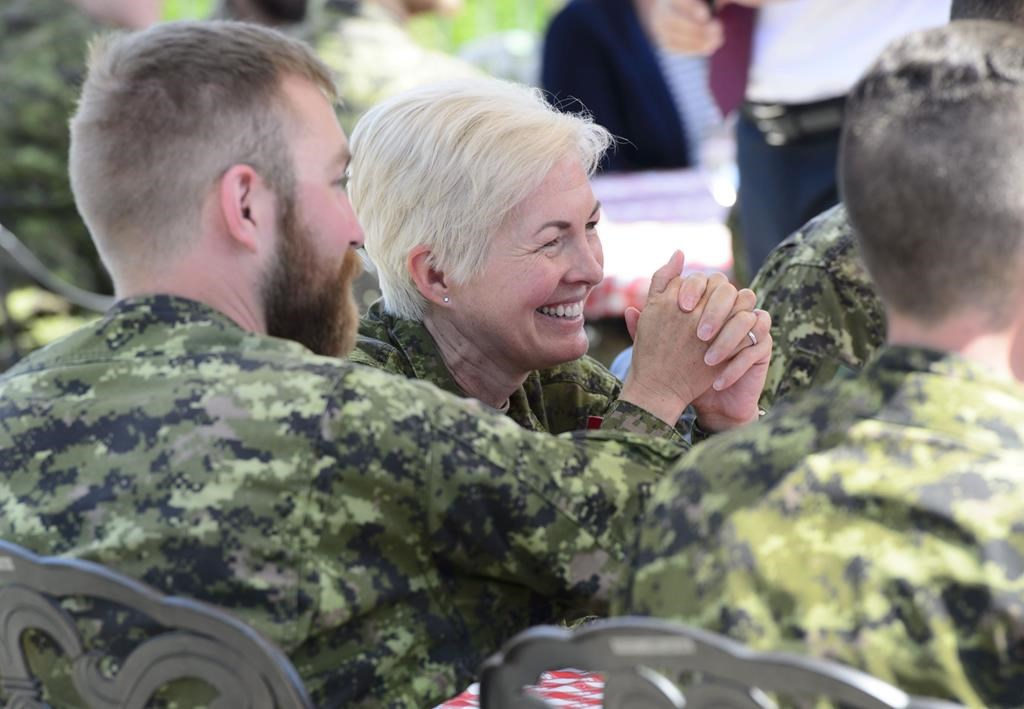 The senior officer tasked with changing the Canadian military's culture says while she and her team are already working on initiatives to tackle sexual misconduct and hate in the ranks, victory will look like "irreversible positive changes" within five years.

Lt.-Gen. Jennie Carignan laid out her conditions for success during an update Thursday. She was appointed the Canadian Armed Forces' first-ever chief of professional conduct and culture in April.

Carignan says she and her team of around 200 have been working on a number of new initiatives to tackle sexual misconduct and hate in the ranks while awaiting the results of an independent review by retired Supreme Court justice Louise Arbour.

Those initiatives include numerous consultations with Armed Forces members and civilian counterparts in the Defence Department, as well as changes to the military-promotion system to better account for gender and diversity issues.

The military is also working on training and support at various Canadian Armed Forces officer and recruit schools.

While specific ways to measure progress are in development, Carignan said: “Success will look like defence team members who feel psychologically safe showing up to work every day.”

Asked how long it will take to achieve her objectives, Carignan said: “The horizon that I’m working with right now is five years to have instituted and effective, irreversible positive changes.”

Carignan was appointed to oversee culture change in the Armed Forces in response to the military’s latest reckoning with sexual misconduct, this time involving allegations against some of Canada’s most senior military officers.

Those allegations followed several previous scandals, which the military had promised but failed to address, as well as concerns about racism and hate in the ranks.

Carignan’s appointment came at the same time as the Liberal government, which found itself under fire for not doing more to address the allegations of sexual misconduct among top brass sooner, tapped Arbour to conduct a yearlong review.

#Military aims for victory over #misconduct with 'irreversible' changes in five years. #CDNPoli

Defence Minister Anita Anand, whose mandate letter from Prime Minister Justin Trudeau released Thursday puts culture change in the military as her first priority, has said she expects Arbour to deliver her final report in the spring.

Carignan, who previously served in Afghanistan and Iraq, told reporters she is in regular contact with both Anand and Arbour. That includes checking with the former judge to see whether the initiatives Carignan is working on line up with her review.

That includes working on an exemption to the so-called “duty to report,” which requires service members who experience or otherwise become aware of inappropriate or criminal sexual behaviour to report the incident to their chain of command.

Victims and advocates have long criticized the requirement and called for it to be removed for sexual misconduct, warning it was potentially harmful by exposing victims to retaliation.

Asked why she believes the Armed Forces’ most recent promises to address sexual misconduct in the ranks will be different from past commitments, Carignan echoed the statements of Anand and others about today’s military leadership.

“I see that there’s a great change in what we see now,” she added. “Five years ago, if I were to ask around the table what are we doing about culture, I would get silence and now that’s not the case at all.”

Carignan was joined during Thursday's update by Denise Preston, the head of the Defence Department’s sexual misconduct response centre, which has been steadily expanding its mandate and services to victims.

This report by The Canadian Press was first published Dec. 16, 2021.