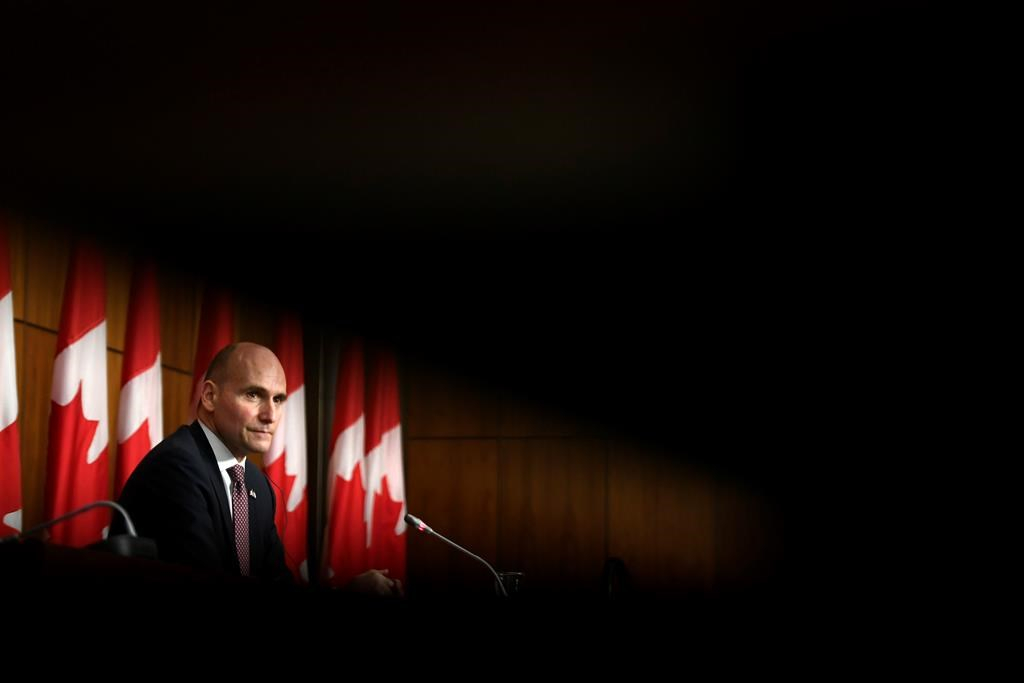 Minister of Health Jean-Yves Duclos participates in a news conference on the COVID-19 pandemic and the omicron variant, in Ottawa, on Friday, Dec. 17, 2021. Photo by: The Canadian Press/Justin Tang
Previous story

OTTAWA — Health Minister Jean-Yves Duclos has put a six-month pause on new regulations designed to lower the cost of patented medicines in Canada.

Health Canada first announced in 2019 that the Patented Medicine Prices Review Board (PMPRB) would change how it sets a price cap on medicines in Canada in an effort to lower excessively expensive drug costs.

This will be the fourth delay in implementing those changes.

The regulations were supposed to come into force at the beginning of January, but have been pushed back to July 1, 2022.

Duclos said the newest delay will allow the industry, government and other players in the drug distribution system to focus efforts on fighting the pandemic.

"To bring these amendments into force, in the context of a global pandemic, requires preparedness and consultation," Duclos said in a statement Thursday.

"A delay also allows the government to further engage stakeholders on the application of these amendments within the changing pharmaceutical landscape."

Health Canada expects the amendments would save Canadians billions of dollars on patented drugs.

Life-sciences groups, patient advocates and drug companies have called on the minister to reconsider the changes entirely over fears a steep drop in the price of drugs could make Canada an unattractive place to launch life-saving new therapies.

Other critics worry about stifling effects on innovation in the biomedical field.

Liberals postpone a 2019 promise to lower the cost of patented drugs for the fourth time. #cdnpoli

The delay comes as welcome news to the Best Medicines Coalition, a group that lobbies on behalf of 29 patient groups for access to safe, effective medicines.

"I'm relieved that the new minister of health and his cabinet colleagues are taking a pause," said John Adams, chairman of the board of the coalition. "Hopefully we'll use this for time to reflect on the merits of doing so many changes all at the same time."

The federal NDP however were not happy to see more delays in the government's efforts to lower the price of drugs.

“Canadian families are struggling to make ends meet and prices are rising for everything. Provinces are seeing record numbers of COVID-19 cases and the government is announcing they won’t do anything to make prescription drugs more affordable for people," NDP health critic Don Davies said in a statement.

Davies said is was "supremely cynical" to make the announcement on Dec. 23, as people are busy getting ready for Christmas and trying to cope with the latest wave of the pandemic.

"The Liberal government should be ashamed of this," he said.

Duclos said in his statement the government remains committed to improving access and affordability of medicines in Canada, and is also working on a national strategy for drugs for rare diseases.

This report by The Canadian Press was first published Dec. 23, 2022.

All we want for Christmas is a booster and COVID test