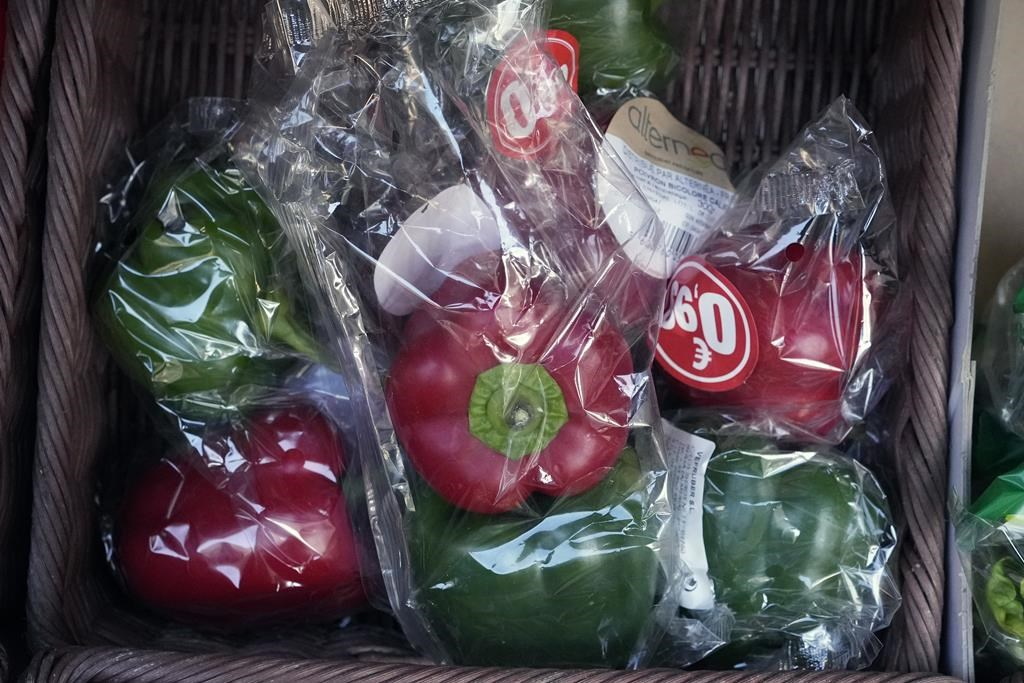 Peppers wrapped in plastic at a grocery stall in Paris on Dec. 31, 2021. French customers will be encouraged to adopt more environmentally friendly habits under a series of new regulations. Photo by Thibault Camus / The Associated Press
Previous story

PARIS (AP) — No more plastic packaging around fruits and vegetables and car ads promoting walking and cycling instead of driving: in 2022, French customers will be encouraged to adopt more environmentally friendly habits under a series of new regulations.

The measures promoted by President Emmanuel Macron's government are meant to reduce pollution and the impact of cars on greenhouse gas emissions.

Effective Jan. 1, leeks and carrots, tomatoes and potatoes, apples and pears and about 30 other items will no longer be sold in plastic. Instead, they should be wrapped in other recyclable materials. Plastic will still be allowed for more fragile fruits such as berries and peaches, but is to be gradually banned in the coming years.

The government says the new regulation is expected to eliminate about a billion items of plastic waste per year.

Magazines and other publications will also need to be shipped without plastic wrapping, and fast-food restaurants will no longer be allowed to offer free plastic toys to children.

In 2022, French car ads will be required to include a message encouraging people to consider greener transportation. Starting from March, they will have to mention one of three messages: “For short trips, prefer walking or cycling,” “Think about carpooling” or "On a daily basis, take public transport."

According to a decree published at the end of December, the new regulation will apply to ads on television, radio, newspapers, billboards and online. Advertisers who do not comply will face a fine of up to 50,000 euros per run.

Similar mandatory messages have already been part of ads for processed foods since 2007 in France, like “For your health, avoid eating too fatty, too sweet, too salty.”

The transport sector in France is responsible for about 31 per cent of greenhouse gas emissions, half of that generated by private cars.

Also in 2022, French phone operators and internet providers will be requested to communicate to their customers an estimate of greenhouse gas emissions generated by their activity online and usage of mobile phones.

For 2022, French consumers will be encouraged to adopt more environmentally friendly habits under a series of new regulations. #ClimateCrisis #PlasticWaste #PlasticBan

The move is meant to raise greater public awareness of the environmental impact of digital technology. Emissions are notably generated by data centres, which use energy to create data clouds. A Senate report last year found that the sector accounted for two per cent of greenhouse gases in 2019 in France.