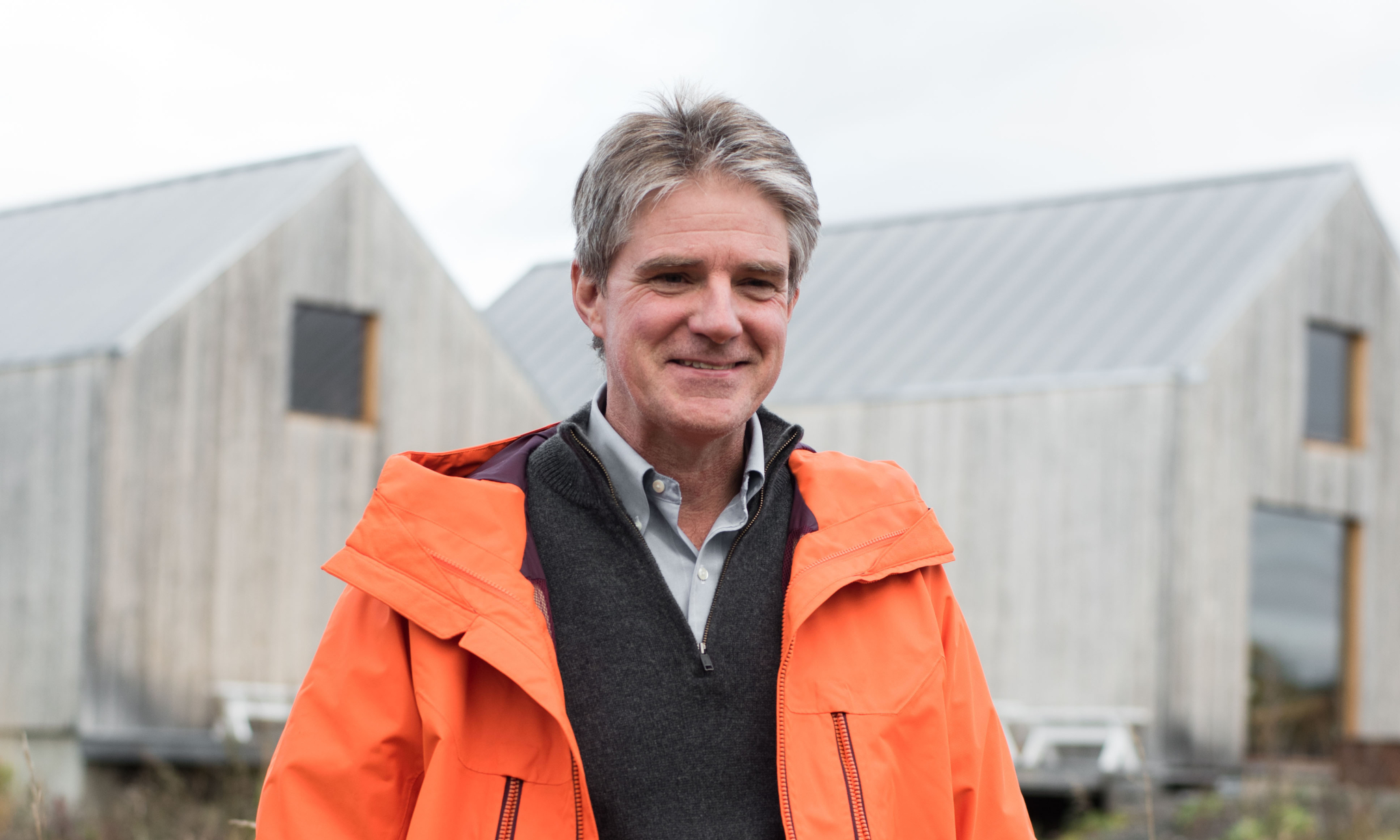 Alexander Reford was appointed to the Order of Canada this week. Photo by Ali Inay
Previous story

Alexander Reford likes to think his farm upbringing in the Outaouais region of Québec made him into the horticulturalist he is today — that inspiration struck the first time he planted a seed.

But truthfully, he was more the “wheelbarrow guy,” he says.

However, there’s no doubt in his mind that working on the farm made him cherish the feeling of interacting with the earth and fostered his love of the outdoors. Now, as an adult, both are inherently part of his being: he has directed the Les Jardins de Métis (Reford Gardens), a 100-acre property nestled on the banks of the St. Lawrence River in Grand-Métis, since the 1990s.

The gardens were originally created by Reford’s great-grandmother in the 1920s at a time when the nearest nursery was hundreds of miles away and securing plants was difficult.

Through his role, he created the not-for-profit organization that purchased the gardens from the Québec government. Among the 3,500 plant species on display is the Himalayan blue poppy, which draws visitors from afar to see its striking colour.

The gardens successfully raised funds in 2016 to purchase a 40-acre property on the St. Lawrence and Mitis rivers and is partnering with the Nature Conservancy and donors to establish a greenbelt to protect ecologically significant land in the Mitis River watershed.

The protected spaces create wildlife corridors and landing spots for the great number of migratory birds that pass through Québec in the spring and fall, Reford said.

“The objective is just to keep what is today green, green forever,” he said.

Reford has directed the Les Jardins de Métis, a property nestled on the banks of the St. Lawrence River in Grand-Métis, since the 1990s. He has seen conservation efforts and sustainability becoming increasingly important in the gardening world.

“... As we see people fleeing cities for the countryside, we're increasingly conscious of development and developers and speculation and land flips and ... rapid change. So we're ... really hopeful [about] a very major initiative in 2022 to try to secure some of these conservation servitudes in perpetuity.”

Reford was appointed to the Order of Canada by Gov. Gen. Mary May Simon this week for his work on Reford Gardens. Since 1967, the yearly list of inductees has recognized a slew of academics, social and environmental activists, and others who have made notable contributions to society.

He was also awarded for his work as a historian. He has a master's degree in history from the University of Toronto and Oxford University and has written multiple historical works focusing on gardens, trains and his family.

Along with his love and passion for plants and nature is a fundamental belief that more nature should be protected. Prime Minister Justin Trudeau has promised to protect 25 per cent of Canada’s land and waters by 2025, but environmentalists say more needs to be done to protect biodiversity, especially after climate-caused events such as the recent heat dome, wildfires and atmospheric rivers in British Columbia. Québec missed its 17 per cent protected areas target for 2021.

“I think we've come to realize the importance of green spaces. I guess my call is: we need more. More in urban places in particular, but we need just as much preserved land in the rural regions of Canada, which we think are full of green spaces, but they're full of farms and private property, but not so full of publicly accessible spaces,” he said.

Reford is acutely aware of the growing effects of climate change in the region. He saw coastal erosion affect the shores of the St. Lawrence — rising sea levels due to climate change is expected to take between 6,400 and 14,400 kilometres of sandy beach by 2100 in Canada.

So Reford has put effort into making Reford Gardens more sustainable over the past few years.

Current projects include helping stabilize the river banks near the garden and transitioning the property off fossil fuels — opting for bikes and electric golf carts for staff to get around. The last diesel heating systems on the grounds are set to get the boot in 2022. Although he calls the efforts “modest,” he sees it as part of a larger shift towards sustainability in public gardens.

That shift is also embodied by the upcoming International Garden Festival, which Reford co-founded. This time, the theme is adaptation, and designers, landscapers and architects are invited to submit projects, five of which will be built at the gardens in Grand-Métis.