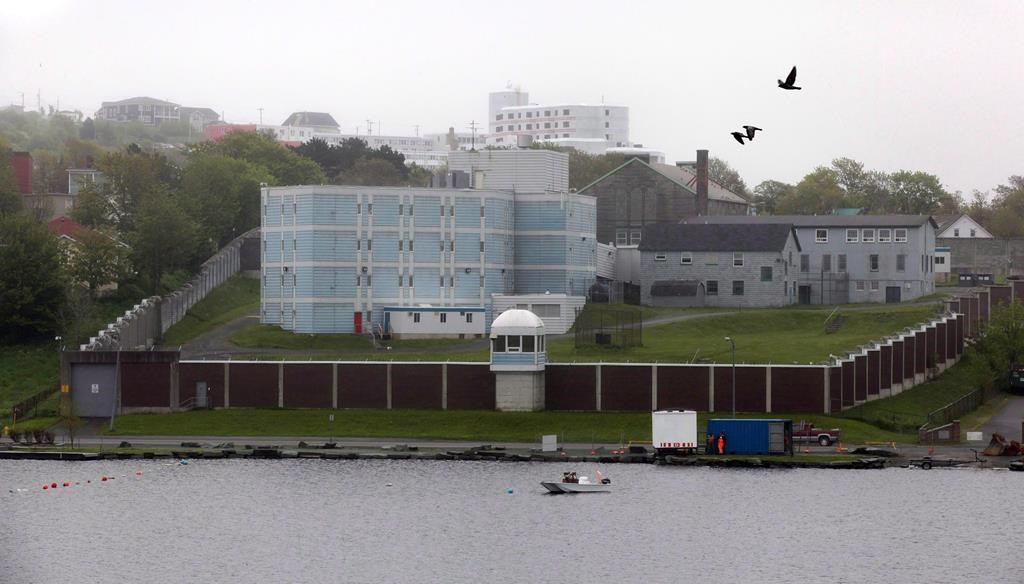 Experts and advocates are calling for governments to release some inmates in provincial jails and federal prisons as outbreaks of COVID-19 driven by the infectious Omicron variant spread through the country's correctional facilities.

People in tightly-packed living facilities are already more vulnerable to outbreaks, and the methods used in corrections to mitigate those risks — such as bouts of prolonged lockdown or time in segregation — are inhumane, said Martha Paynter, a registered nurse and chair of Wellness Within, a group advocating for health equity in Nova Scotia.

Staff also risk contracting the virus in these facilities and spreading it in the community, she said.

“Really, we've gotten ourselves into an untenable, unjustifiable and just purely unethical situation,” Paynter said in an interview Tuesday. "It comes back to what we've been saying for two years now, which is the only solution is decarceration."

Correctional Service Canada has reported outbreaks at 16 federal prisons since the beginning of December 2021, when the Omicron variant first took hold in the country. By comparison, the agency reported outbreaks at 12 institutions over the previous six months. There were 108 cases active in federal prisons as of Dec. 31, according to the department's website Tuesday.

Outbreaks at provincial institutions are more difficult to track. There were 74 cases detected among inmates at the Central Nova Scotia Correctional Facility in Dartmouth, N.S., as of Tuesday, according to the provincial government. That's more than 30 per cent of the 233 inmates held there.

For Paynter, "decarceration" involves granting early parole to inmates held in federal institutions. Many people in provincial jails are on remand awaiting trial, and that process could be sped up, she said. For those who have been sentenced, she said justice departments could find safe community alternatives, like house arrest.

Amelia Reimer, a board member with Newfoundland and Labrador's Elizabeth Fry Society says the outbreak at the Central Nova Scotia Correctional Facility is a clear sign of the risk posed to inmates, staff and their communities by the Omicron variant.

Her group is asking the Newfoundland and Labrador government to release non-violent offenders and people held on remand within the province's prisons.

"There are so many people who are currently incarcerated who could actually be appropriately managed in community," Reimer said in a recent interview.

Reimer’s group wrote a letter in late December to the provincial government about the situation. Justice Minister John Hogan responded and said his department was continually reviewing or issuing temporary absences on a case-by-case basis, Reimer said, adding he said there were regular vaccination clinics inside provincial jails.

Reimer said she was heartened by that response. “I think we're all taking this really seriously,” she said.

In an emailed statement, a Department of Justice spokeswoman repeated Hogan’s comments and noted there has not been a single case of COVID-19 among inmates in the province.

During the first wave of the pandemic, thousands of inmates were released from federal and provincial facilities, and Justin Piché, an associate professor of criminology at the University of Ottawa, helped track those numbers as part of the Prison Pandemic Partnership, a research group examining how prisoners are impacted by COVID-19

The number of people in both federal and provincial institutions dropped by about 19 per cent over the first wave, from 37,976 inmates in February 2020 to 30,580 people in June of the same year, according to data from Statistics Canada.

By December 2020, there were 31,981 people incarcerated across federal and provincial facilities, the numbers show, which is still about 16 per cent below pre-pandemic levels.

Piché's data shows Nova Scotia and Newfoundland and Labrador led the country in inmate releases between February and June of 2020, with 40 and 39 per cent drops in jail populations respectively.

"Actions were taken early on, especially at the provincial level where there was a lot more bail releases that were happening, because it was seen as an urgent situation," Piché said in a recent interview. "Since then ... governments have taken their foot off the gas, and prisoners and prison staff have paid the price."