How fast-food chains could reduce their carbon footprint 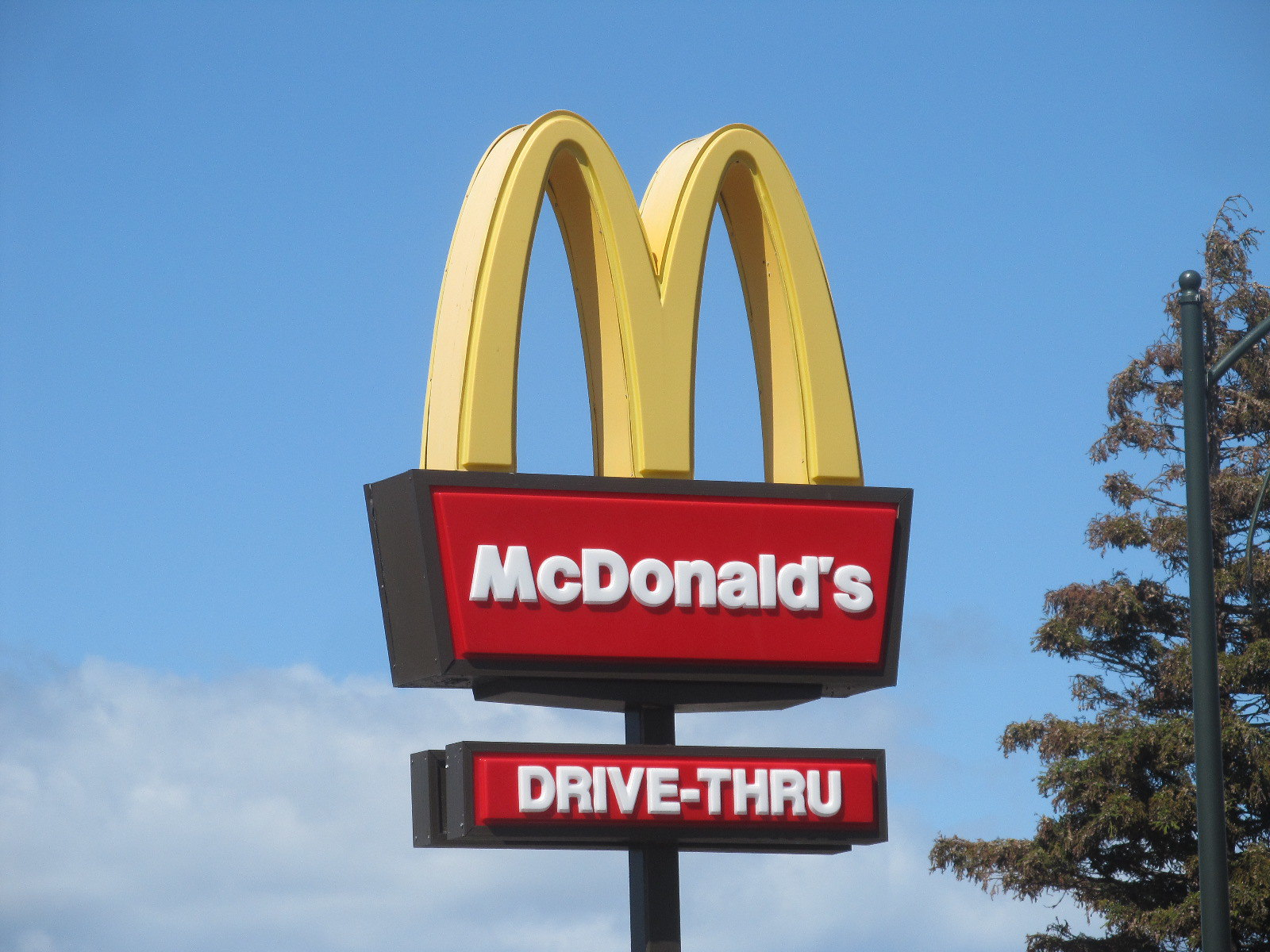 When McDonald’s opened its first net-zero restaurant in the U.K. last month, the backlash was swift. Despite a number of measures to boost the location’s sustainability — insulation made from sheep’s wool, on-site wind turbines and solar panels, and a biodiversity garden sustained by rainwater collected from the parking lot — environmental advocates cried foul, arguing that the chain had failed to address the outsize environmental impact of its business model.

It’s not a problem unique to the Golden Arches. According to Walsh and others, McDonald’s is one of a growing number of fast-food chains that have promoted “meaningless” climate solutions while resisting deeper change. Burger King’s reduced-methane burger, for instance, was criticized as a “gimmick” when it was rolled out back in 2020 since it was based on inconclusive science and did not address broader problems associated with industrial beef production. And more recently, Greenpeace lambasted Taco Bell for “greenwashing” after it announced in April that it would switch to recyclable hot sauce packets. According to a statement from John Hocevar, Greenpeace USA’s oceans campaign director, the announcement was “a distraction from Taco Bell’s broader single-use plastics problem.”

So what can restaurant chains do to meaningfully reduce their climate and environmental footprints?

If the primary goal is to mitigate climate change, an obvious first step is to focus on food, since that’s where most restaurants’ emissions come from. For McDonald’s, roughly 80 per cent of its climate pollution stems from its supply chain, especially its procurement of carbon-intensive animal products like beef and dairy. According to Simon Fischweicher, head of corporations and supply chains for CDP, a non-profit that helps companies tally and disclose their greenhouse gas emissions, that number is even higher for the food and beverage industry writ large. Operational emissions — the greenhouse gases emitted directly by restaurants, like through their use of gas to heat buildings — tend to be negligible by comparison.

“While it’s important to consider and focus on and reduce operational impacts … supply chain management is of the most importance,” he told Grist, suggesting that the climate impact of switching to energy-efficient light bulbs and compostable takeout containers — or even putting solar panels on the roof — could be dwarfed by changes to the kinds of food that restaurants purchase.

Meat is a particular area of concern, since animal agriculture is responsible for more than half of the emissions from global food production. “Not changing their menus makes everything else look like window dressing,” said Jennifer Molidor, a senior food campaigner for the Center for Biological Diversity. According to her, fast food chains like McDonald’s — where more than one-third of Americans ate on a daily basis before the COVID-19 pandemic — enable the overconsumption of animal products, both directly by offering them on their menus, and indirectly by encouraging a culture of meat consumption at home and at other chains. Molidor called on restaurants to decentre meat from their menus, replacing options like beef burgers with plant-based alternatives like lentil patties and black bean wraps.

Indeed, switching to plant-based proteins like beans and legumes could have a huge impact on restaurants’ emissions and the U.S.’s broader climate goals. One hundred grams of protein from pulses like lentils, for example, creates just one-sixtieth the greenhouse gas emissions associated with 100 grams of beef protein. According to a study released last year by University of Michigan and Tulane University researchers, replacing just half of the animal foods in Americans’ diets with plant-based alternatives would get the U.S. 24 per cent of the way toward achieving its Paris Agreement goals to reduce greenhouse gas emissions. Some chains have taken steps in this direction — like Burger King, which added a veggie burger to its menu in 2002 and now offers an Impossible Whopper. But so far, Panera is the only national chain to announce plans to expand plant-based options to cover half of its menu.

“Not changing their menus makes everything else look like window dressing,” says Jennifer Molidor, a senior food campaigner for the Center for Biological Diversity. #ClimateChange #Meat #FastFood #Greenwashing

However, emissions are only one consideration when it comes to boosting restaurants’ sustainability. According to Sarah Reinhardt, a senior analyst for food systems and health at the Union of Concerned Scientists, a focus solely on greenhouse gas emissions is too narrow; restaurants should also address their contribution to environmental ills like air and water pollution, as well as social injustice. “You can make your energy use more sustainable in some ways,” she said, “but that doesn’t erase other harms on social or environmental fronts.”

Meat is again implicated in these environmental damages — especially when it’s sourced from factory farms, where concentrated fecal waste can emit harmful compounds into the air and leach heavy metals into water supplies. But industrial crop production can also be deleterious to the environment, since liberally applied fertilizer commonly drains into waterways, causing algal blooms that kill off native species and can contaminate drinking water. Walsh, the energy policy analyst for Food and Water Watch, specifically emphasized the need for restaurants to support a transition away from monocropping — the practice of planting a single crop over large expanses of land in order to maximize profit — because it depletes soil nutrients, hastens deforestation, and makes ecosystems less vulnerable to threats like disease and drought.

To move toward true sustainability, Walsh said, McDonald’s and other restaurant chains should make a public commitment to support the development of regional food systems, where practices like polyculture farming — where complementary crops are grown on small plots to boost soil health and support biodiversity — are more feasible. Besides gradually swapping ingredients on their menus for sustainably procured food, this could involve lobbying in favour of legislation to spur the decline of industrial agriculture. Sen. Cory Booker’s proposed Farm System Reform Act, for example, could help, as it would place a moratorium on new large factory farms, phase out existing ones by 2040, and make it easier for small farmers to compete in the national marketplace.

Reinhardt added that restaurant chains should also support legislation to boost equity in the food industry, like a livable minimum wage that applies to everyone from restaurant employees to farmworkers. Despite some wage increases won over the course of the COVID-19 pandemic, food chain workers have historically been paid some of the lowest median hourly wages of any industry in the U.S., even though they routinely face life-threatening work conditions — including exposure to the coronavirus — and may be denied workers’ compensation. For a big restaurant like McDonald’s to claim sustainability while relying on these “exploitative” labor practices, Reinhardt said, would be disingenuous. (McDonald’s didn’t reply to a request for comment from Grist.)

Addressing all of these components of the food system is a big task, and there’s no single path forward toward greater equity and sustainability for restaurant chains. One thing that environmental advocates tend to agree on, however, is that restaurants are unlikely to voluntarily implement the ambitious changes that are urgently needed. Reinhardt called for intervention from the federal government — perhaps a Department of Agriculture mandate compelling restaurants to comply with sustainable supply chain protocols or sustainability-minded nutritional standards. The Department of Health and Human Services has already developed a framework of sustainability standards for food purchasing and waste diversion; although the standards are voluntary and currently only apply to federal facilities, Reinhardt said they could serve as a blueprint for food industry-wide regulation.

In the meantime, Molidor said that chains like McDonald’s should use their vast social and economic capital to veer U.S. food culture toward a model of greater sustainability — not through sheep’s wool insulation and interior design made from recycled polystyrene cups, but by normalizing low-carbon meals.

“They have an opportunity to change our culture of consumption in a positive way for everyone,” Molidor said, noting that fast-food companies have already prompted major shifts in consumer behaviour by aggressively marketing beef burgers and throwaway packaging. “They’ve done it before and they can do it again.”