Defusing the climate crisis depends on defusing the democracy emergency 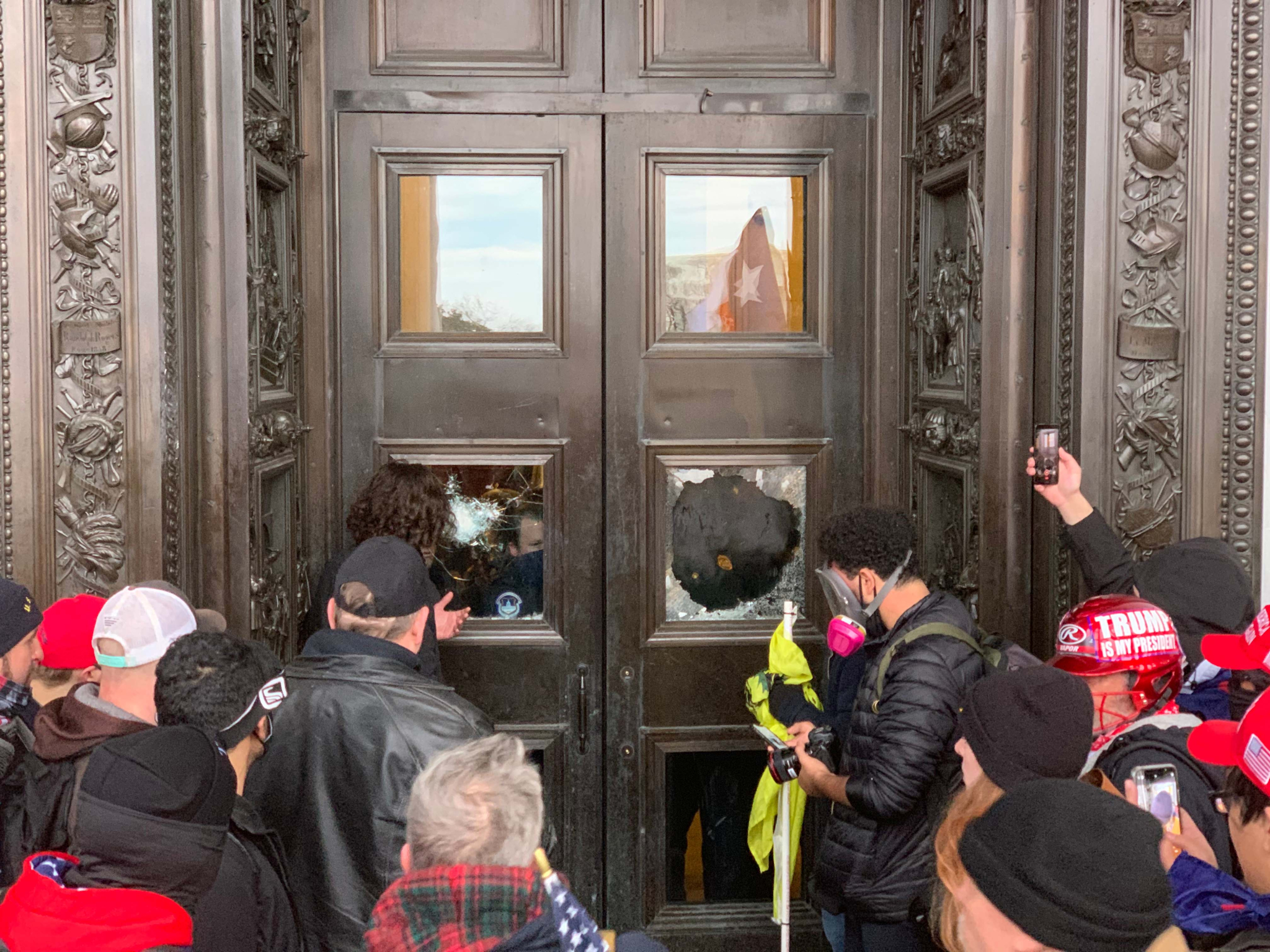 On the first anniversary of the Jan. 6 attack, it’s clear the United States also faces a democracy emergency, which is linked to the climate crisis. Photo by Shutterstock
Previous story

A year ago today, Mitch McConnell and Kevin McCarthy were fleeing for their lives as a violent mob swarmed the halls of the U.S. Capitol. With their personal safety at risk, the two most powerful Republicans on Capitol Hill at last stood up to Donald Trump. In a heated phone call, McCarthy, the House minority leader, fruitlessly implored the president to call off the mob. Senate majority leader McConnell later called the rioters “terrorists” and said Trump was “morally responsible” for the violence.

But McConnell and McCarthy soon slunk back to enabling Trump’s assaults on democracy. They were quiet while Trump insisted the 2020 election was stolen and that anyone who disagreed must be purged from public office. They stayed mute as Trump supporters threatened violence against election officials and Republican-dominated state legislatures rewrote laws and procedures to prevent fair voting.

McConnell and McCarthy have shamelessly put party ahead of country and ambition ahead of duty, setting up alarming ramifications for the future. Scientists have said for years that humanity faces a climate emergency and only rapid, far-reaching action can preserve a livable planet. On the first anniversary of the Jan. 6 attack, it’s clear the United States also faces a democracy emergency. Only rapid, far-reaching action can preserve a government that is of, by, and for the people.

The democracy emergency is closely linked to the climate crisis. Each is grounded in a big lie — that climate science is a hoax, that Trump won in 2020 — pushed by the same right-wing politicians and propaganda “news” outlets and embraced with cult-like devotion by Trump’s followers. Left untreated, each threatens disaster. If Trump’s forces do change enough electoral rules and personnel to guarantee victory in 2022 and beyond, there is zero chance the U.S. government will take the strong climate action needed to avert global catastrophe.

Defusing the global climate emergency therefore depends on protecting democracy. To be sure, the U.S. is not the only country where anti-democratic trends hamper climate progress. Most of the worst laggards at November’s COP26 climate summit were countries where authoritarianism is either entrenched or on the rise: China, Russia, Saudi Arabia, Brazil, India, the U.S. But the collapse of U.S. democracy would carry especially damaging climate consequences. Slashing global emissions in half by 2030, as science says is imperative, would be impossible if the world’s biggest economy and leading historical carbon emitter refuses to help.

How to defuse the democracy emergency is too big a question to answer briefly. President Joe Biden and the Democrats surely must do more; the Senate majority leader, Chuck Schumer, has promised a vote by Jan. 17 on reforming the filibuster to pass fair voting laws. A mobilized civil society is also vital. With Trump’s followers trying to install partisans on voting boards across the land, the Atlantic’s Barton Gellman notes that democracy activists can likewise work at the local and state levels to block such skulduggery and ensure fair elections.

A free press is foundational to democracy, and journalism must also rise to the occasion with outspoken coverage. Monika Bauerlein, chief executive of Mother Jones, urges the media to treat “the war on democracy” as the “big story” of 2022. Washington Post columnist Jennifer Rubin says political reporters should “stop … concealing that only one party is launching a campaign to suppress votes” and “demand that Republican [officials] defend their participation in the big lie of a stolen election” — and if Republicans try to dodge, keep asking the question.

Aside from Trump himself, no one deserves such journalistic grilling more than McConnell and McCarthy. As the senior Republicans in Congress, they have the stature to oppose Trump’s campaign for one-party rule. Twin profiles in cowardice, they have instead betrayed their oath to defend the constitution against all enemies, foreign and domestic.

McConnell and McCarthy want the world to forget that a year ago today Trump’s mob was hunting them down, leading each man to stand up, briefly, for democracy. But the world must not forget. The press in particular must not allow McConnell, McCarthy, and most other Republicans to obscure that they are enabling the gravest threat to American democracy since the Civil War — and, by so doing, encouraging a hellish climate future.

This story originally appeared in The Guardian and is part of Covering Climate Now, a global journalism collaboration strengthening coverage of the climate story.

Opinion: On the first anniversary of the Jan. 6 attack, it’s clear the United States also faces a democracy emergency, which is linked to the climate crisis, writes @markhertsgaard. #ClimateEmergency #USpoli #CapitolHill

Mark Hertsgaard is Covering Climate Now’s executive director and co-founder and the environment correspondent of The Nation.

"Most of the worst laggards

"Most of the worst laggards at November’s COP26 climate summit were countries where authoritarianism is either entrenched or on the rise: China, Russia, Saudi Arabia, Brazil, India, the U.S."

How's Canada's democracy doing these days?
Beacon of democracy or not, Canada remains one of the worst laggards on climate.

A plan to fail endorsed by several academics and Observer columnists before the recent election.

Climate Action Tracker's 2021 report rates Canada's efforts overall as "highly insufficient". Same rating since 2011 -- in every year but one in the last decade.
www.climateactiontracker.org/countries/canada/

The OECD, the UN, and the federal Environment Commissioner all warn Canada is NOT on track to meet its targets. The main stumbling block? Increasing oilsands emissions.

Thomas Homer Dixon recently published a piece in the Globe & Mail on the oncoming erosion of the American polity. The link below to the article posted on his web page does not have a paywall. The piece is a long one, but well worth it because it's well-researched and has some very relevant recommendations on the course Canada needs to take should Republicanism overtake the US. Homer Dixon is one of Canada's premier thinkers. His books 'The Upside of Down' and 'Hope' occupy prominent places on our bookshelves.