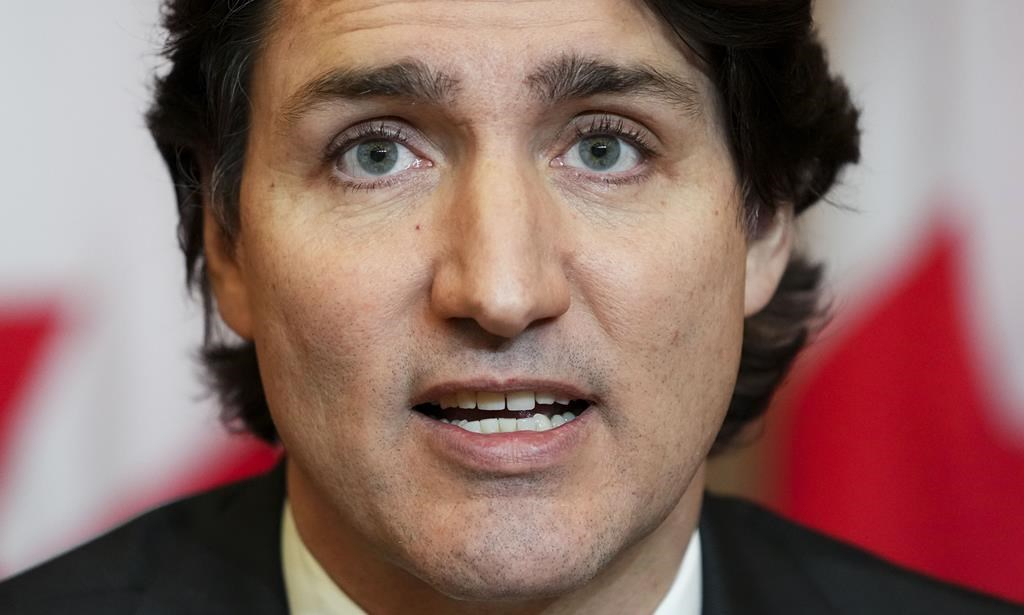 Businesses struggling under yet another round of lockdowns and capacity restrictions will have an extra year to repay emergency interest-free loans issued by the federal government, but business groups say that might not be enough breathing room for the hardest hit.

The Canada Emergency Business Account offered interest-free loans of up to $60,000 to small businesses and not-for-profits.

When the government first created the CEBA program at the onset of the pandemic, it set a repayment deadline of Dec. 31, 2022, for anyone who wanted to take advantage of zero interest and having a portion of the loan forgiven.

But since then, some businesses have had only brief reprieves from the onslaught of COVID-19 and the restrictive public health measures that come with it.

"The bottom line is of course this: we will continue to be there, to have people's backs with as much as it takes, with as long as it takes, until we get through this pandemic," Prime Minister Justin Trudeau said at a media briefing Wednesday.

Businesses who were approved under the Canada Emergency Business Account will now have until the end of 2023 to pay back their loans, Trudeau announced.

Announced today: We’re extending the repayment deadline for Canada Emergency Business Account loans. You now have until December 31st, 2023 to repay your loan - and if you pay it back by then, we'll forgive up to a third of its value. We’ve got your back. https://t.co/gJv2fmEdHi

The news was especially welcomed by Restaurants Canada, which represents some of the businesses hardest hit by lockdowns and gathering limits.

"With most restaurants across the country now taking on even further debt in the face of the Omicron wave, ensuring they will have enough cash flow to continue their operations will become increasingly critical," the association said in a statement Wednesday.

Since its launch, the Canada Emergency Business Account has provided loans worth $49.17 billion to more than 898,000 companies, the largest portion of which are in Ontario.

The extended deadline will give businesses some much needed breathing room, said Alla Drigola Birk, director of parliamentary affairs for the Canadian Chamber of Commerce.

"It is very much welcome news because, you know, from the Canadian chamber's perspective, we had a lot of businesses that were getting a little bit nervous about the upcoming deadline," Drigola Birk said in an interview.

"But with the Omicron wave, and fresh lockdowns that many provinces have put in place across the country, those businesses that would have had a hard time paying off the loans before this wave are going to have an even harder time repaying the loan in time to meet the deadline to receive the forgivable portion."

The Canadian Chamber of Commerce and the Canadian Federation of Independent Business have called on the government to roll back the repayment deadline even further, to December 2024, to help more recipients take advantage of the zero-interest and forgiveness options.

"There isn't a lot of debt for debt relief out there, especially for COVID debt," Drigola Birk said.

CFIB has asked the government to consider allowing businesses to apply for another $20,00 loan and increase forgiveness to 50 per cent, up to $40,000.

CFIB president Dan Kelly also said the program should be expanded to include new firms, micro-sized companies and the self-employed.

This report by The Canadian Press was first published Jan. 12, 2022.