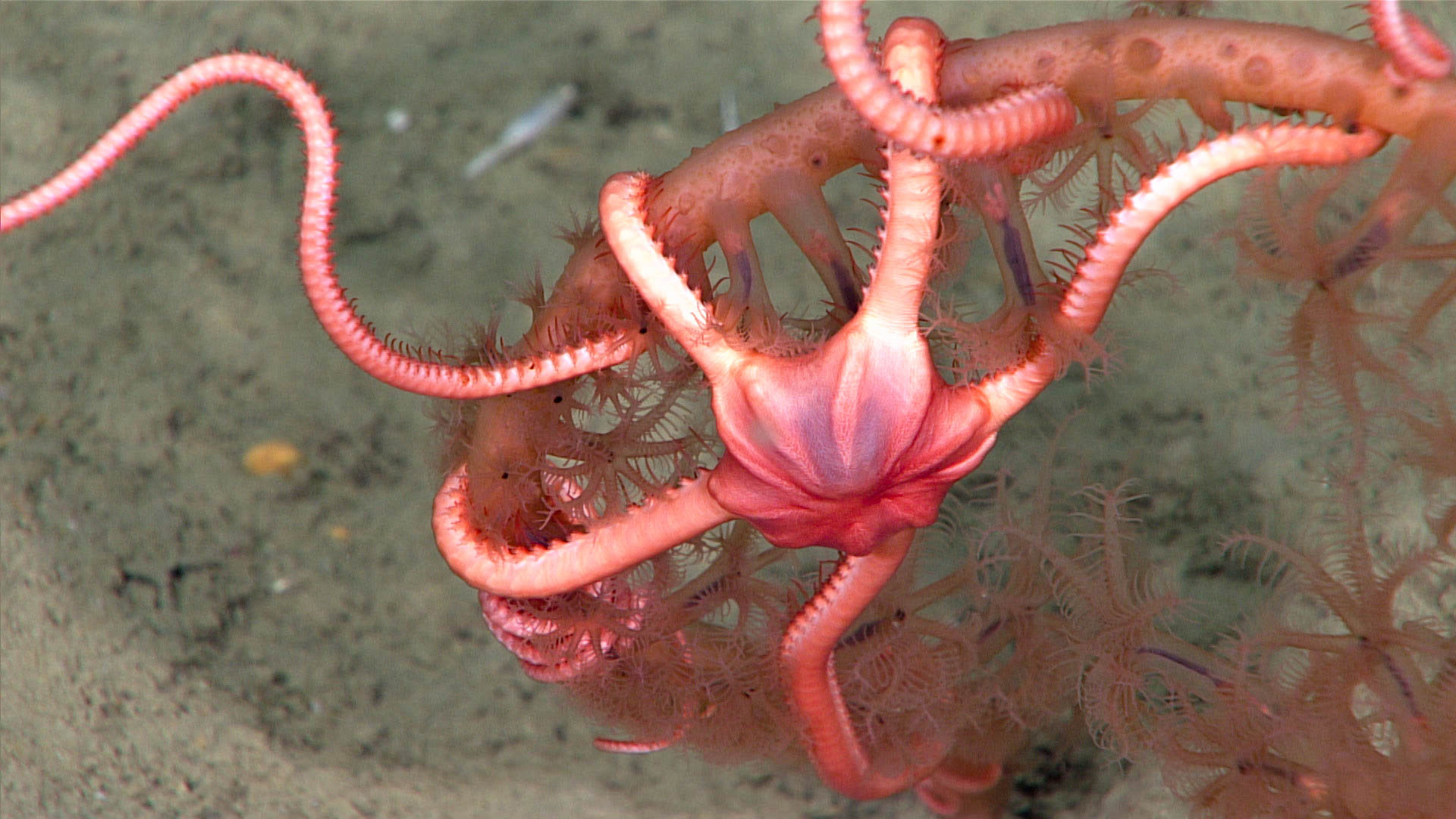 Deep-sea mining projects could start in international waters within the next two years despite a dearth of research on how it will affect critical marine ecosystems. Image courtesy of NOAA Office of Ocean Exploration
Previous story
Next story

Environmental groups want the Canadian government to call for a moratorium on deep-sea mining, joining countries like Chile and the EU Parliament.

Companies around the globe want to mine metals such as cobalt, manganese, nickel, and copper deep on the ocean floor, but hundreds of scientists warn the area is under-researched and its impacts on delicate ocean ecosystems could be devastating.

Undersea mining stirs up sediments, which would be released into ecologically sensitive marine ecosystems. The area is under-researched but some studies say these massive plumes of sediment impact the breathing, reproduction, feeding and survival of species living in shallower waters.

Deep-sea mining projects could start in international waters within the next two years and concerned organizations and governments mobilized to call for a moratorium. Canada missed its chance to vote because the 2021 election was underway.

The International Seabed Authority (ISA) has to finalize regulations, standards and guidelines for deep-sea mining before June 2023, but so far, Canada has been largely absent from these discussions, said NDP MP Gord Johns.

“Why isn't this a priority of the government?” asked Johns.

“We've got the longest coastline in the world, we keep seeing the prime minister standing with people like President Macron of France, touting his track record and passion for protecting the world's oceans, but they're absent … they missed six opportunities for submission since 2015.”

Canada has no excuse for not making submissions to the ISA, said Susanna Fuller, one of Oceans North's vice-presidents, an environmental organization behind the petition.

Countries with far less bandwidth for submissions of this nature, like Bangladesh, made the effort to participate in creating the regulations. Meanwhile, Canada — with ample government staff and academics with expertise in environmental impact assessments and marine biodiversity — is nowhere to be found, said Fuller, who also has a doctorate in the marine biology of deep-sea ecosystems.

“I just find it truly shocking and appalling … Canada hasn't engaged on the governance of literally 50 per cent of the planet,” said Fuller.

Deep-sea mining projects could start in international waters within the next two years despite a dearth of research on how it will affect critical marine ecosystems. MPs and environmental groups pressure feds to support a moratorium on the practice.

The federal government pledged to protect 25 per cent of its oceans by 2025 and 30 per cent by 2030 and was heavily involved in the UN Fish Stocks Agreement and the Convention on Biological Diversity, yet is failing to show leadership on deep-sea mining, said Fuller.

“If Canada led the way, that'd be quite powerful and I think there are other countries that would join,” she said. “But whether or not they're open to that is unclear.”

Green Party parliamentary leader Elizabeth May sponsored the petition the first time around and said it makes no sense for Canada to take such a back seat and act like this isn’t our problem.

“Deep-sea mining is a huge threat to our oceans … the impact could be devastating,” said May.

Johns is the latest MP to take up the issue in the House of Commons and said the federal government’s inaction is deafening.

“This isn't the time for deep-sea mining. This is a time to halt any of those ideas and invest in biodiversity, habitat protection, rehabilitation and science and ensure that we're leading when it comes to protecting our oceans,” he said.

In December, 19 organizations also resent a letter to Trudeau’s new cabinet ministers imploring them to support the moratorium. The letter is so far unanswered.

What makes Canada's silence worse is that it's a Canadian company (The Metals Company) headquartered in Vancouver and traded on NASDAQ that is trying to mine the deep ocean floor around the Pacific island nation of Nauru. (See https://www.newyorker.com/magazine/2022/01/03/mining-the-bottom-of-the-sea) They plan to use giant sea-floor crawlers that will spew out immense plumes of sludge, turning the adjacent ocean into a marine version of the toxic oil sands tailing ponds. Every party is avoiding responsibility for this approaching ecological disaster - particularly the state of Nauru, which has a history of uncontrolled guano mining that devastated the island's interior, and subsequently squandering $1.7 billion of accumulated guano royalties. (See https://www.theguardian.com/world/2018/sep/04/corruption-incompetence-an...)

For Canada to remain mute here is craven irresponsibility, unfortunately all too consistent with the Trudeau government's policy of saying nice environmental things that make everyone feel good, but never taking action against polluters.