In Ottawa there are umpteen cries for freedom, but it’s unclear to me what they mean 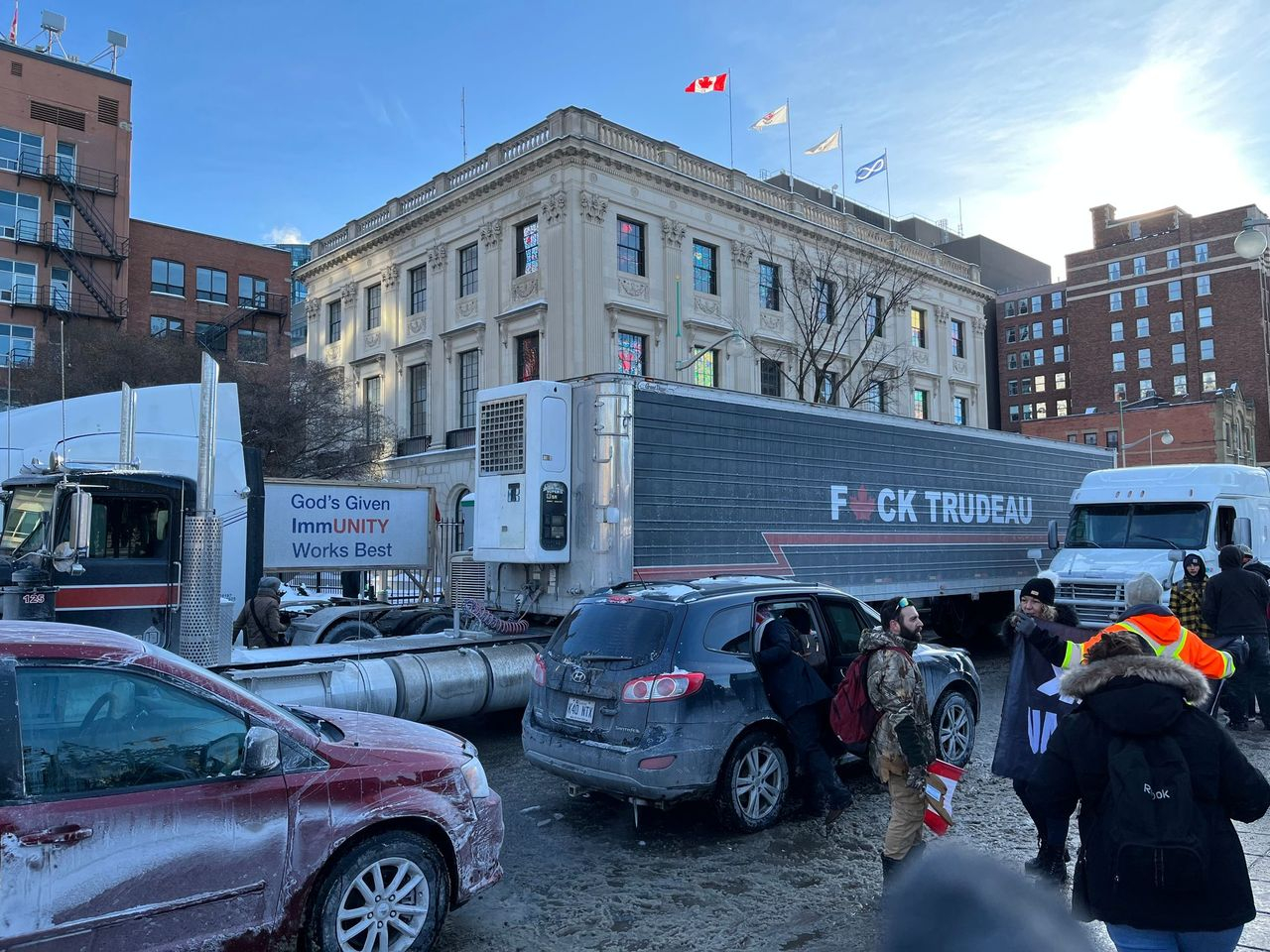 "Truckers for Freedom" convoy arrives in Ottawa to protest vaccination restrictions and a reporter observes.

At midday, I hear honking from my Ottawa home and use my afternoon walk to see what’s going on. There are horns, accompanied by shouts of pride, of resistance.

Protesters from the so-called “freedom convoy” have converged on Parliament Hill to voice their anger over vaccine mandates, government overreach, and what they argue is a breach of charter rights. The big demonstration is set for Saturday, but protesters already dominate the downtown core in droves.

I stop at a shop to buy a neck warmer to wear on my face — part of me is afraid to wear my N95 mask among the crowd. In the shop, two women in N95s, locals certainly, discuss the congestion the convoy has brought. At the end of one shopping queue, a man is lined up with his mask pulled down to his chin. Various people are buying Canadian flags; others, batteries and household goods.

Towards Parliament Hill: even more Canadian flags, Quebec flags, Blue Lives Matter flags. Some with the crude message “Fuck Trudeau” are draped on vehicles, on backs, in the air waving in pride.

At the Hill: a man with an Illuminati image taped to his back, a man kicking the air shouting something about Justin Trudeau, heavy metal blaring from an amp behind him, somebody dressed in full hunting camo and a military pack, a cargo truck with the same slur against Trudeau. The Canadian flags on Parliament and government buildings wave as they always have, a sharp juxtaposition to those carried by the demonstrators.

The crowd is here to send a message — to whom, exactly, I’m not sure. The country? The feds? One thing is clear: Trudeau is the avatar for the anger, a collective emotion that has pressurized over two years of health restrictions.

On the way back from the Hill: a woman is outside a McDonald's being filmed. She is speaking out against an injustice. She says she has been barred from using the bathroom. She says she has a disabled child in her truck and can no longer use the bathroom in Ottawa. It's unclear where that truck and son are or if the woman behind the camera even knows her. The protester blames Trudeau for mandating Ottawa businesses to bar demonstrators from using the bathroom.

Supporters wave and shout and continue to honk on their way towards the Hill. The rest of us move in the other direction, quiet in our steps, our eyes down, heading home.

The crowd is here to send a message — to whom, exactly, I’m not sure. The country? The feds? One thing is clear: Trudeau is the avatar for the anger, a collective emotion that has pressurized over two years of health restrictions. The bottle has been shaken, and it’s about to pop.

The police make their presence felt. They station themselves at intersections directing traffic. Some are on the Hill at side entryways to keep the crowd near the Centennial Flame, and cruisers are interspersed among the cars, pickups and cargo trucks.

When friends and I discuss the demonstration, we tell ourselves it won’t be that bad, that it will be peaceful. But we also worry about a worst-case scenario. We fear that somebody will uncork the bottle.