MPs return to parliament as Ottawa protests drag on 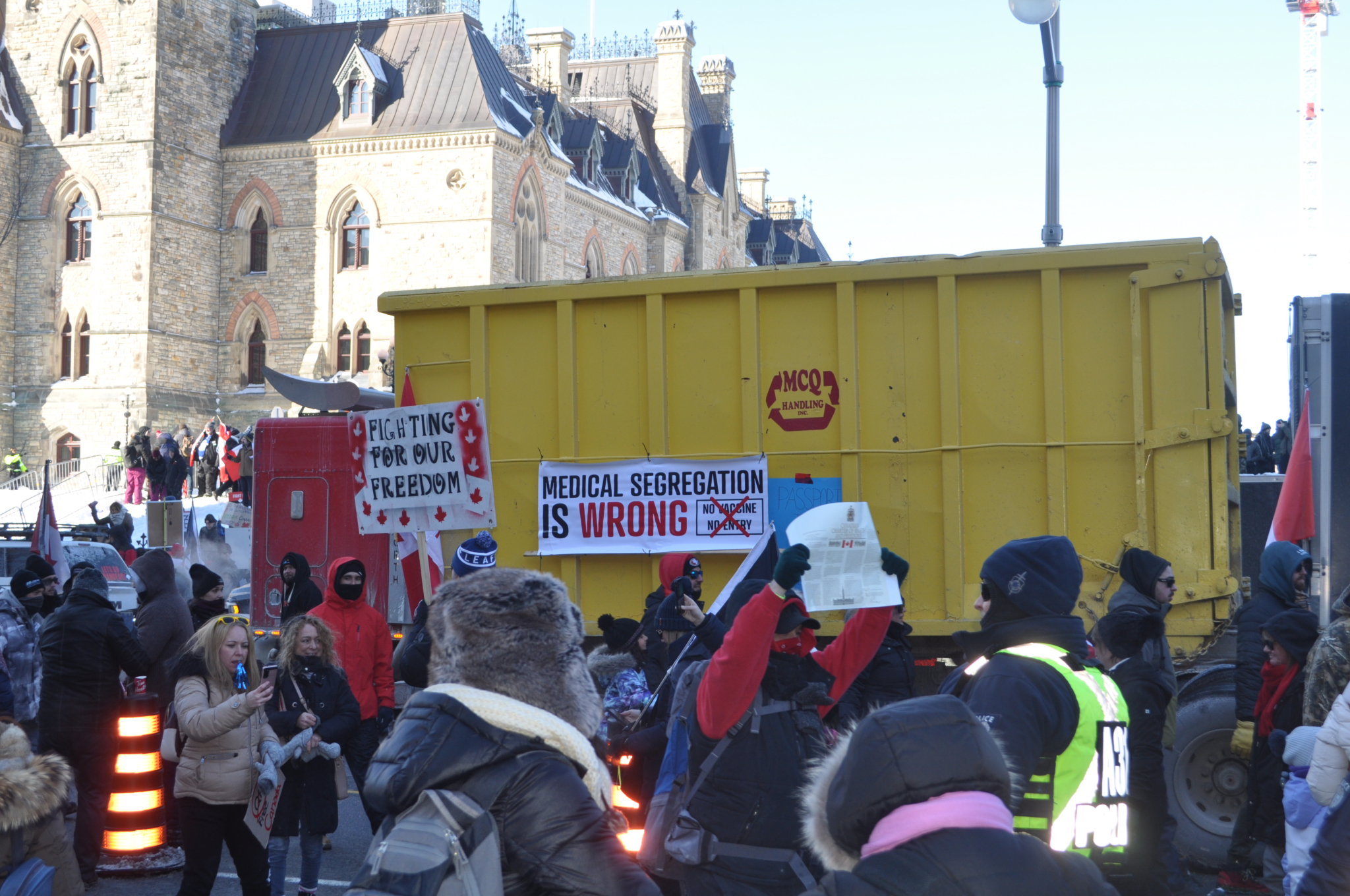 OTTAWA — Legislators plan to return to the House of Commons on Monday morning as a Parliament Hill protest against government-imposed COVID-19 measures enters its third full day.

Many of the horn-honking demonstrators who brought Ottawa to a near standstill on the weekend showed no signs of budging as parliamentarians, businesses and school administrators were left wondering when the usual rhythm of the frazzled national capital would resume.

Alexandra Maheux, a spokeswoman for government House leader Mark Holland, said the ongoing protest is not interfering with parliamentary business.

"We have important work to accomplish for Canadians in Parliament, and we're looking forward to getting this done and delivering results," Maheux said late Sunday.

She noted that MPs have the flexibility to work in a hybrid House in this sitting, which remains in effect until June, to help curb the spread of COVID-19.

"Some MPs will be in the chamber on Monday and beyond, and others will participate virtually," Maheux said.

A memo circulated Sunday by Patrick McDonell, the House sergeant-at-arms, said security plans were being developed to ensure personal safety.

Holland has scheduled a morning news conference in Parliament's West Block to discuss the sitting.

He is likely to face questions about the roaming crowds and ear-splitting truck horns outside on Wellington Street, and just how long the protest will be allowed to continue.

Several criminal investigations are underway into actions — including the desecration of monuments — during the ongoing protest of vaccine mandates and COVID-19 restrictions, Ottawa police said Sunday.

MPs return to the hill as #Ottawa protests drag on. #cdnpoli

Residents of the capital were again told to avoid travelling to the city centre Sunday as trucks snarled numerous roads. Several city bus routes were redirected to avoid the area around the Hill, and the nearby Rideau Centre shopping mall remained closed after shutting down early on Saturday.

Police redoubled their calls to avoid the downtown area in a statement issued Sunday night.

"Police are aware that many demonstrators have announced their intention to stay in place," it read. "This will continue to cause major traffic, noise and safety issues in the downtown core."

The force also estimated the cost of the massive policing effort at more than $800,000 per day.

Ottawa police said Sunday they were working to enable those who wanted to leave the congested downtown to do so.

Truck driver Erik Mueller, who arrived Saturday from Alberta, wasn't going anywhere. He parked his rig on Wellington Street, just east of the Parliament Buildings, and hasn’t moved since.

Mueller said he'll stay "as long as it takes" to get a response from the government.

"We have to do something, and if Ottawa is crazy right now for the next one or two weeks we have to do it," Mueller said, adding he believes the demonstrators have the support of local residents.

The protest has been "exceptionally disruptive" for people who live downtown, said Catherine McKenney, a city councillor who represents Ottawa's core.

Many residents resigned themselves to the overwhelming noise from honking trucks and road blockages, but by Sunday morning people were fed up, said McKenney, who fielded complaints about demonstrators urinating and defecating on lawns.

"I understand to a large extent why emergency services, police services both local and national, would not want to incite this crowd," McKenney said.

"However, at some point we need assurances that we're not going to allow our city and our downtown to be seized and to push out others and make people frightened to live and move about in their own neighbourhoods."

A COVID-19 vaccination clinic at the University of Ottawa will remain closed due to the disruptions.

The protests are also forcing students of a downtown elementary school to attend classes virtually for the day, according to the Ottawa-Carleton District School Board, which advised the rest of its schools would hold lessons in-person as usual. The board issued a statement saying Centennial Public School staff would be in touch with affected families to share more details.

Kevin McHale, executive director of the Sparks Street Business Improvement Association and Mall Authority, cautioned congestion caused by the large trucks at the Ottawa demonstration could make it difficult for workers to get to downtown area shops.

"We’re a block from Parliament Hill, it’s the national spot to protest," he said on Sunday. "The difference this time is the trucks are occupying a fair bit of space."

There's a risk protest vehicles could interfere with supply trucks delivering goods businesses need to operate, which could force some to close, he added.

Protesters are typically encouraged to get a permit from the city before staging a demonstration in the capital, though it's not mandatory as the right to peacefully demonstrate is protected under the Charter of Rights and Freedoms.

Such an application would allow the city to co-ordinate services and road closures, and give officials a sense of when the protest might end.

Canada Unity opted not to apply for a permit, leaving the city more or less in the dark as to the group's plans.

The demonstration was initially aimed at denouncing vaccine mandates for truck drivers crossing the Canada-U.S. border, but the movement has morphed into a protest against a variety of COVID-19 restrictions and Prime Minister Justin Trudeau's government.

A memo being pushed by Canada Unity unlawfully demands Gov. Gen. Mary Simon and the Senate force federal and provincial governments to lift all COVID-19 restrictions, including vaccine mandates. It does not mention truckers, and was initially sent to the Senate and Simon on Dec. 11.

The organizers of the

The organizers of the trucking protest should pay for all costs related to their days of chaos on Parliament Hill: police, city clean-up after their departure, income lost by local businesses, etc...