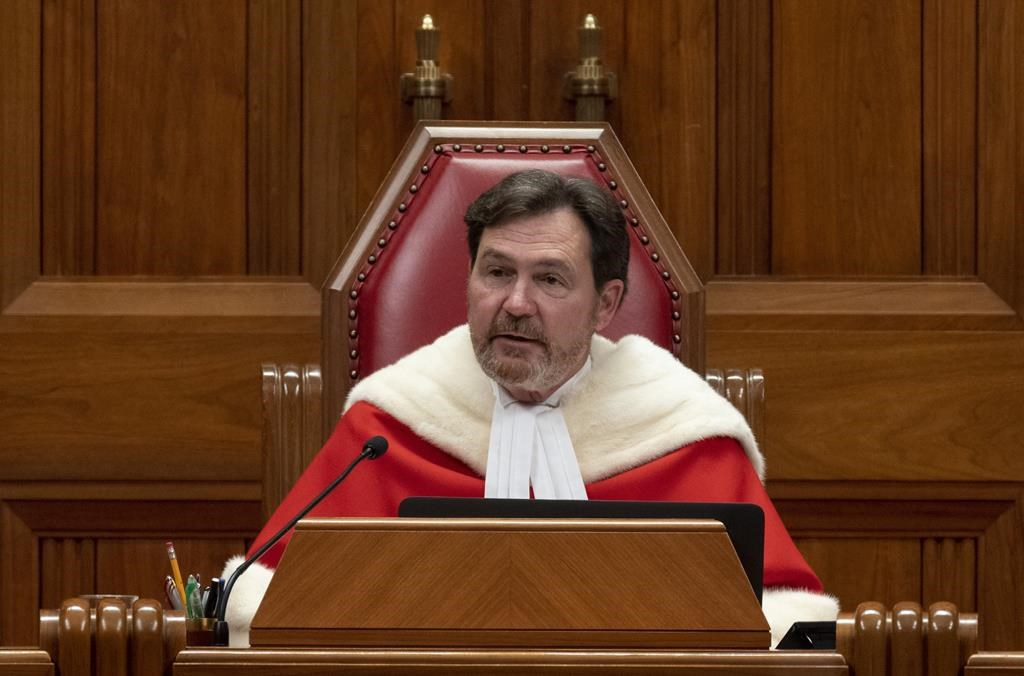 Canada's chief justice said those working in the justice system must continue to build on innovations put in place during the COVID-19 pandemic.

Richard Wagner said "there is no turning back" now that the pandemic has forced the justice system to modernize.

"I think that the excellence of our justice system, whether it be criminal or civil, will depend on more use of the technology," said Wagner, specifically citing technology that permits the virtual presence of the parties and lawyers involved.

Since the 1980s, the Supreme Court has had the technology to permit lawyers to argue cases remotely without having to come to Ottawa, he said.

Lawyers "rightly or wrongly" did not opt to use it except for a few instances throughout the years, said Wagner, adding that other courts across the country did not have that technology.

"They have to use that for the future. That's for sure," he said.

Wagner told the Canadian Bar Association's annual meeting Monday that courts across the country have "spared no effort" in adapting to the unprecedented challenge of the public health crisis.

Many courts across the country have allowed participants and observers to join proceedings via videoconference during the pandemic.

Modernizing the system is not simply intended to minimize disruptions caused by the pandemic, said Wagner, but is also about applying those changes "purposefully" to ensure that justice becomes accessible to everyone.

Wagner spoke to the association before it voted and passed several resolutions to make the justice system more modern, accessible and equitable for people in Canada.

The association's members voted to urge dispute resolution bodies to permanently put in place remote proceedings where appropriate, and create a working group with justice system partners to explore matters that are potentially suitable for remote proceedings.

Attendees voted to ask those in the justice system to consider innovative approaches to help low- and middle-income Canadians in accessing civil legal services, in an effort to address the "access to justice crisis."

Members also voted to urge all levels of Canadian government to address the increased overrepresentation of Indigenous peoples in Canadian prisons.

The passed resolution asks each level of government to negotiate an action with Indigenous groups within two years. The action plan would provide well-funded preventive community-based services and alternatives to incarceration of Indigenous peoples.