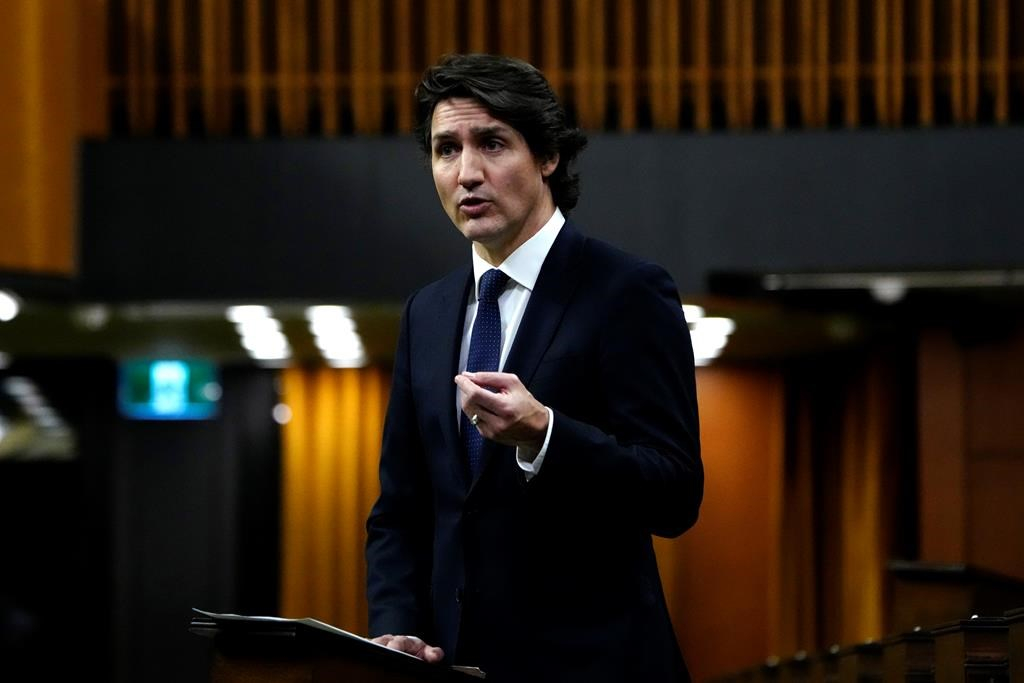 Prime Minister Justin Trudeau rises during an emergency debate in the House of Commons on the situation in Ottawa, on Feb. 7, 2022. Photo by The Canadian Press/Justin Tang
Previous story
Next story

Prime Minister Justin Trudeau says the ongoing anti-vaccine mandate protest in Ottawa is "trying to blockade our economy, our democracy and our fellow citizens' daily lives."

Canadians have the right to protest, to disagree with their government, and to make their voices heard. We’ll always protect that right. But let’s be clear: They don’t have the right to blockade our economy, or our democracy, or our fellow citizens’ daily lives. It has to stop.

Trudeau appeared in the House of Commons last evening to take part in an emergency debate on the protest in Ottawa, which is now in its second week.

Public Safety Minister Marco Mendicino said in the House the government had approved a request by the RCMP for additional resources to police the protests.

Earlier Monday, Ottawa's city council voted to formally petition the federal government to assume responsibility for public safety in the parliamentary precinct to free up Ottawa officers to return to protect residential neighbourhoods.

In a letter to Trudeau and Ontario Premier Doug Ford, Ottawa Mayor Jim Watson said in order to "quell the insurrection," the city needs another 1,800 officers in addition to his current contingent of 2,100 police and civilian members.

It's estimated the demonstrations in the central core are costing the city $1.8 million to $2.2 million per day for police alone, and Watson said the city is keeping a tally of all extraordinary costs associated with the protest and will seek compensation from higher levels of government when the protest finally ends.

The letter to the federal and provincial governments comes as an Ontario judge granted a 10-day injunction to prevent protesting truckers from honking their horns incessantly, which residents have argued is causing irreparable harm.

Ontario Superior Court Justice Hugh McLean said his order was temporary because he needs to hear more evidence, but that he heard enough to make this ruling as the protest against COVID-19 pandemic measures continues to paralyze neighbourhoods around Parliament Hill.

@JustinTrudeau: Protests are not the way to get through pandemic. #CDNPoli #Covid19 #TruckerConvoy2022 #Ottawa

This report by The Canadian Press was first published Feb. 8, 2022.

A badly parked freight liner is not a position on public health policy.