OPP investigates reports that some officers donated to convoy protests 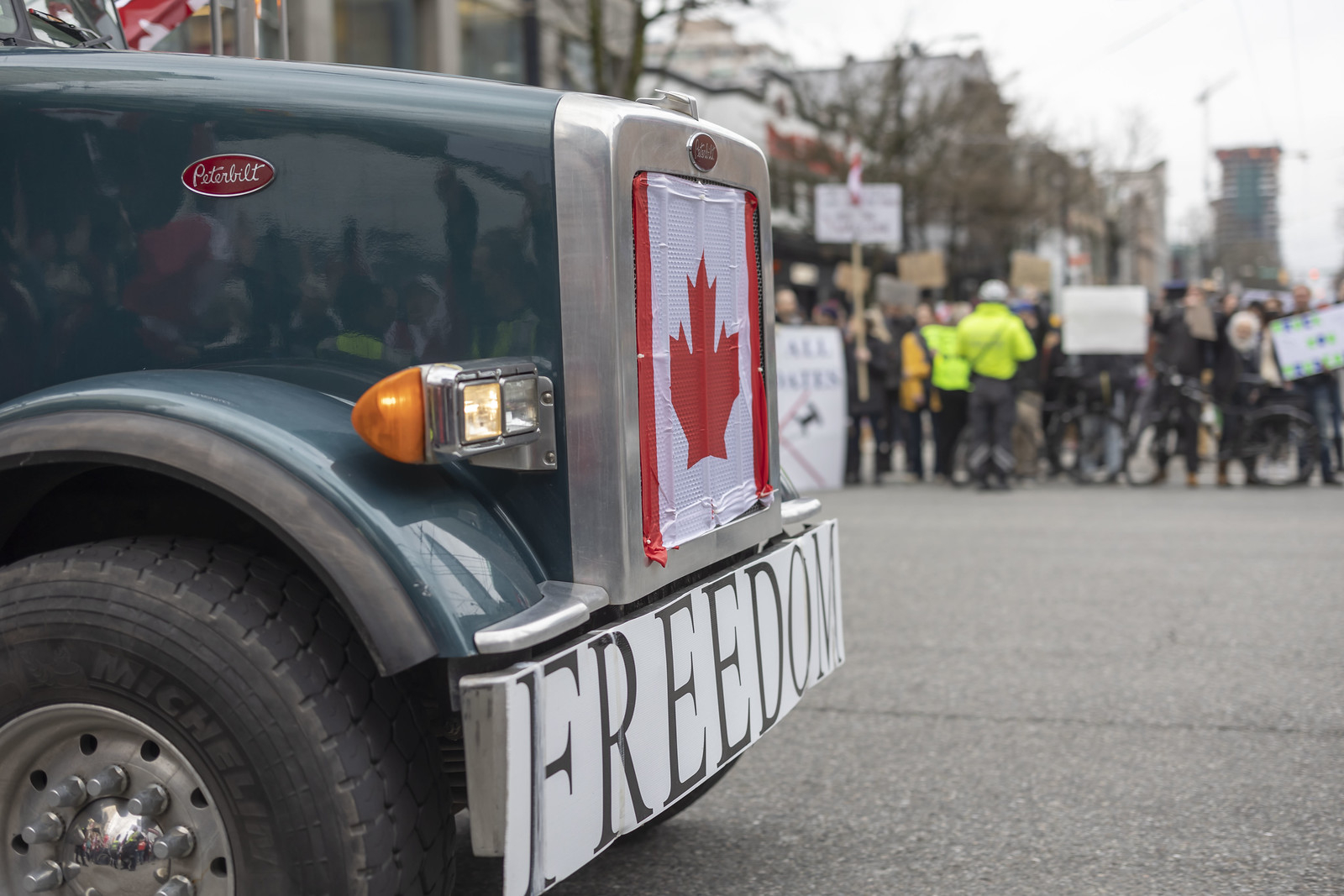 Two Ontario police forces have notified their professional standards units of allegations that some of their officers donated to the so−called "Freedom Convoy" protests against COVID−19 measures and Justin Trudeau’s government.

The Ontario Provincial Police and Toronto Police Service said they’re aware of reports that officers’ names appear on a leaked list of donors to the convoy’s "GiveSendGo" page, which was established after the more mainstream "GoFundMe" website pulled the plug on a fundraiser for what it described as an occupation of downtown Ottawa.

"The OPP is aware that members appear to have made donations that have gone toward the unlawful protest in Ottawa," spokesman Bill Dickson said in an email.

He said the Professional Standards Unit has launched an "internal conduct investigation" into the matter.

"The OPP holds its members accountable for their actions while on duty and off," Dickson wrote. "They have a responsibility to demonstrate neutrality and remain non−partisan. Any demonstration or expression of views and opinions that may be interpreted as condoning illegal activity is in direct opposition to the OPP’s values and mandate."

He did not say how many officers were being investigated.

A spokesman for the Ontario Provincial Police Association said it was aware of the probe.

"The association has a duty to represent our members for all situations. The OPP Association is committed to our members keeping the peace and enforcing the law," Scott Mills said in an emailed statement.

The comments came after the Toronto Star reported finding the names of more than a dozen officers from the OPP, Toronto Police Service and Ottawa Police Service on a leaked list of donors to the protest’s GiveSendGo page.

Toronto Police spokeswoman Connie Osborne declined to speculate on the validity of the "illegally obtained data."

"We are aware of multiple lists in circulation which could be altered or manipulated," she wrote. "However, we have made our Professional Standards Unit aware of two names and it is being reviewed."

Ottawa Police did not immediately respond to a request for comment.

The list of donors was provided to media by transparency group Distributed Denial of Secrets, which has previously sent leaked information from right−wing organizations to journalists.

The protesters had originally used GoFundMe to raise more than $10 million before the website shut them down on Feb. 4 for breaching its terms of service and called the protest an "occupation."

By that point, protesters were firmly entrenched in Ottawa and the then−chief of police had described the demonstration as "lawless."

But demonstrators – some of whom have since been arrested – held fast and moved their fundraising to GiveSendGo, a self−described "Christian crowdfunding site" that was blocked by PayPal last year after being used to raise funds for those who attended the Jan. 6 U.S. Capitol riot.

On Feb. 10, the Ontario government announced it had successfully petitioned a court to freeze access to millions of dollars in donations to the convoy that were raised through GiveSendGo.

So far, the "Freedom Convoy 2022" page on the site has raised $9.7 million, and GiveSendGo says funds from this campaign will be disbursed in a manner "permitted under Canadian Law."

"There are current restrictions in place that might impede the immediate ability to disburse funds to this recipient," the website reads.

Police, meanwhile, faced criticism for allowing the Ottawa protest to last three weeks before being largely dismantled on Friday and Saturday. Many Ottawa residents and city councillors had expressed dismay at the local police force’s seeming reluctance to enforce laws and maintain order downtown.

The then−police chief abruptly resigned a few days before the protests were cleared. In a statement, Peter Sloly said he was stepping down with a heavy heart, adding he had done everything possible to keep Ottawa safe and "put an end to this unprecedented and unforeseeable crisis."

Inside the 'freedom' protest