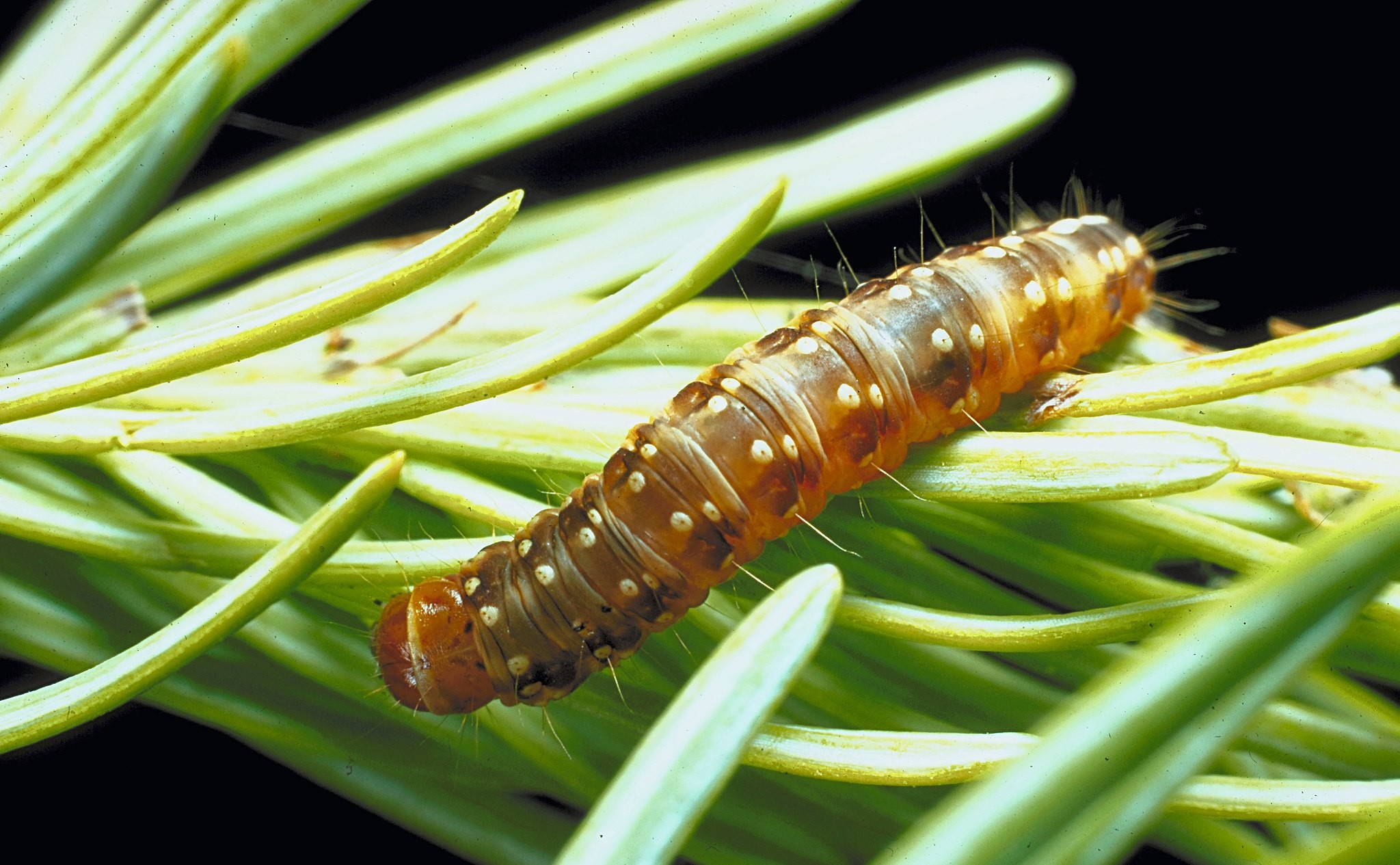 The spruce budworm is one of many pests threatening Canada's forests, but with the right information, Canadians can help protect trees. Photo by Jerald E. Dewey / USDA Forest Service
Previous story

As global warming enables destructive insects and diseases to move farther north into Canada’s forests, keeping the public informed about these pests is critical, says an expert in insects and forest dynamics.

Without cold winters to keep insect populations in check, species like the pine beetle have expanded far beyond their natural range, government scientists determined.

Many insects affect urban forests, so arming Canadians with the knowledge to “counter these kinds of insects around their house and even in public spaces and urban settings” is important, said François Lorenzetti, an expert on insects and professor of forest dynamics at the Université du Québec en Outaouais.

Natural Resources Canada is currently updating pest information on its widely used database on trees, insects and diseases found in Canada’s forests, according to a document obtained by Canada’s National Observer through an access-to-information-request.

The database describes in detail the history, behaviours and life cycle of pests, how they are being controlled, and what Canadians can do to curtail the damage. Each May, the spruce budworm lays siege to Canada’s fir and spruce trees by feeding on new needles and cones and is considered “the most serious pest of fir and spruce forests in North America,” according to the database. People can protect trees in their area by removing their larvae by hand or vigorously shaking the tree or spraying it with a powerful water jet so larvae fall to the ground, the database says.

This database is “one of the most popular items on the NRCan website” and because of a “lack of any similar product on Canada’s trees and their common pests,” keeping the information up to date is a priority, a department spokesperson told Canada’s National Observer in an emailed statement.

“Forest pests, both native and invasive, have always been a major concern and will continue to have serious and wide impacts on the health of Canada’s forests, causing defoliation, growth loss and destruction of a combined area greater than that caused by wildfires and many times greater than the areas harvested each year,” they said.

To help update the 425 pest fact sheets, some external contractors were hired using royalties from sales of Trees in Canada, a book published by the Canadian Forest Service, the spokesperson said.

A year ago, for example, the department hired an entomologist and mycologist to review and update fact sheets on 11 insects and 13 diseases, respectively, as part of a four-year plan to update all the pest fact sheets.

As global warming makes it easier for insects and diseases to destroy Canada's forests, @NRCan is updating a widely used database that provides Canadians with the information needed to address pests threatening our forests, an ATIP revealed.

Updates include any new information about the pests, changes in their behaviour or advances in knowledge since the original sheets were compiled in 2000.

When large insect outbreaks happen, people are often concerned, particularly about any risks to children playing with the bugs, so the database is an important tool to inform and reassure them, said Lorenzetti.

Not only do Lorenzetti and his entomologist colleagues use the database frequently, it is their go-to resource to share with people emailing them questions about insects.

“I think it's a good way for families and kids to get interested in the natural world and science,” he said.

After watching racialized students bear the brunt of the pandemic, Farheen Alim jumps into politics