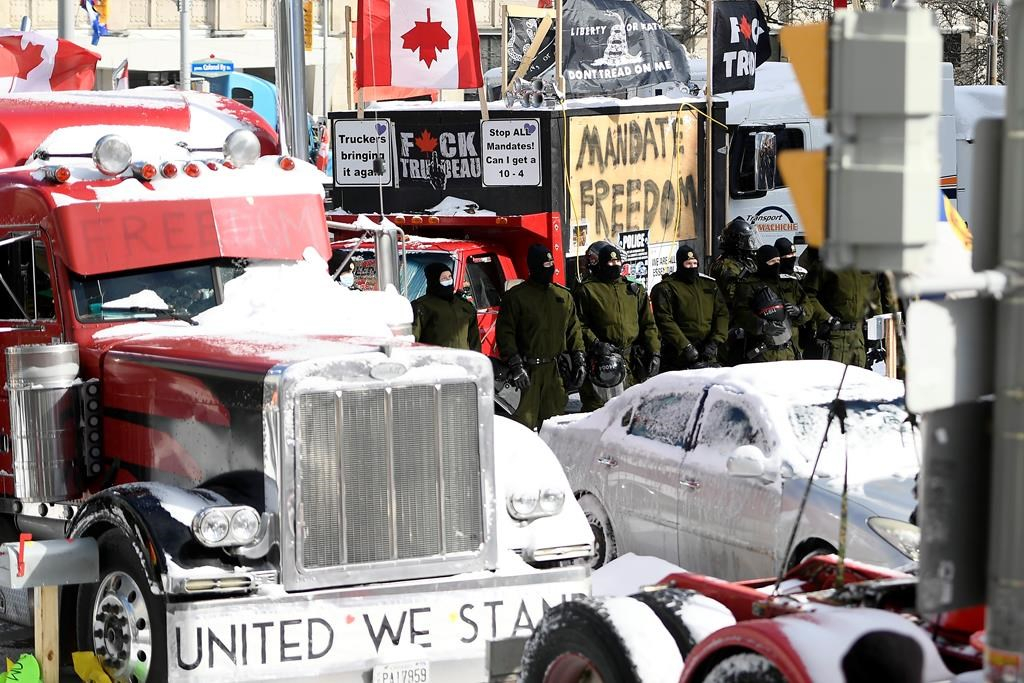 Police hold a line as they work to bring a protest, which started in opposition to mandatory COVID-19 vaccine mandates and grew into a broader anti-government demonstration and occupation. Photo by: The Canadian Press/Justin Tang
Previous story

OTTAWA — A prominent organizer of the three-week convoy protest near Parliament Hill has been denied bail.

Justice of the Peace Andrew Seymour says he's not satisfied that King, if released, wouldn't commit offences similar to those he's accused of.

Seymour says he also lacks confidence in King's proposed surety, an Alberta woman who has known King for about four weeks.

As Seymour delivered the ruling this afternoon, King sat in the courtroom at the Ottawa courthouse, wearing a camouflage jacket over a grey hoodie and matching sweat pants.

He shifted between hunching forward and leaning up against the wall behind him.

King is also being ordered not to speak with other organizers of the so-called Freedom Convoy, including Tamara Lich, Chris Barber and Tyson George Billings.

Barber was granted bail last week after being charged for his role in the protest in downtown Ottawa. Lich was denied bailed earlier this week.

Billings had a bail hearing Friday, but the judge in the case said she was unlikely to provide a ruling by the end of day.

This report by The Canadian Press was first published Feb. 25, 2022.