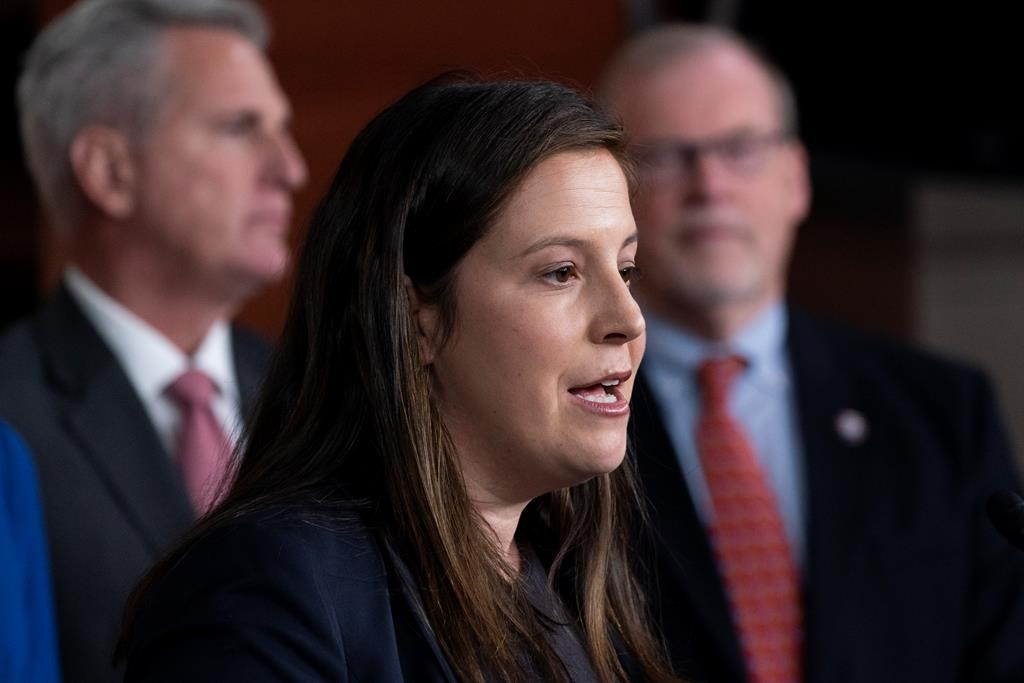 With the United States and Canada each taking stock of their supply−chain woes and marking one year since their heralded bilateral "road map," a group of House Republicans is raising concerns about whether the two countries should be working together on critical minerals.

The acquisition "is highly concerning and raises a litany of questions regarding United States and Canadian understanding of the threat imposed by the Chinese Communist Party," reads the letter, dated Feb. 23 and released Thursday.

In 2020, prior to the onset of the COVID−19 pandemic in North America, the two countries formalized a "joint action plan" to ensure secure supply chains for critical minerals like lithium, cobalt, nickel and uranium — vital components in high−tech communication, aerospace and defence applications, as well as electric vehicle batteries.

But Canada’s decision to allow Neo Lithium Corp. to be taken over by China — a perennial national security concern that’s by far the global leader in critical minerals and rare earth elements — casts a shadow over the wisdom of that plan, the letter suggests.

The deal has become a political headache for the governing Liberals, who insist that Neo Lithium is actually based in Argentina, and that its presence in Canada — an office address in Toronto and listing on the Toronto Stock Exchange — is little more than a gambit for raising capital.

Last month, Industry Minister François−Philippe Champagne insisted to the House of Commons industry committee that the proposed takeover by Zijin Mining Group Ltd. had been thoroughly vetted under the rules set out in the Investment Canada Act.

Only if that initial review identifies a potential risk to Canada’s national interests or security is the matter referred to cabinet to decide whether to launch a more intensive, extended security review.

In the case of Neo Lithium, Champagne said a subsequent review was not necessary because the initial one — already "enhanced" because it involved both critical minerals and a Chinese state−owned enterprise — identified no potential risk.

Laurie Bouchard, a spokesperson for Champagne, said any foreign investment proposal is reviewed on its merits, a process that considers factors like the nature of the mineral deposits involved and whether the company has operations in Canada, and "often includes consultation with Canada’s allies."

Those factors include whether a company "is principally domiciled here for regulatory or other reasons, with few local staff or assets," Bouchard said in a statement.

"The government has not hesitated to take action to block transactions that are not in Canada’s interest and will continue to protect Canadian access to and development of critical mineral supplies."

The letter nonetheless comes at an awkward time for both countries, particularly considering that just Wednesday, officials marked the one−year anniversary of the vaunted "Roadmap for a Renewed U.S.−Canada Partnership," a bilateral agreement that included plans "to make Canada and the United States global leaders in all aspects of battery development and production."

On Thursday, the White House noted a related anniversary: that of President Joe Biden’s executive order to assess and fortify the country’s most important supply chains, an occasion marked by a comprehensive set of reports from across the administration.

Notwithstanding the road map and the action plan, the U.S. conversation around supply chains, including those for critical minerals and rare earth elements, has been drenched in Biden’s union−friendly, made−in−America rhetoric.

"From rare earths in our electric motors and generators to the carbon fibre used for airplanes, the United States must ensure we are not dependent on foreign or single sources for critical minerals," the White House said in a statement Thursday.

The U.S. plan does acknowledge the role of foreign trading partners in fuelling the economic recovery from the pandemic and "building long−term supply chain resilience for the future," including plans for a trilateral summit with Canada and Mexico this summer.

America too often equates "cooperation" with "dominance" and embraces Canada when it is in their interests, and screws Canada over when they can. The never ending forest products battle, the "buy America" of both Trump and Biden, the sanctions imposed on Canada by Trump, are just three examples.

Real allies do not do this to each other. If America wants cooperation, then maybe they should start to demonstrate it meaningfully.