Invasive species: If you can’t beat them, eat them? 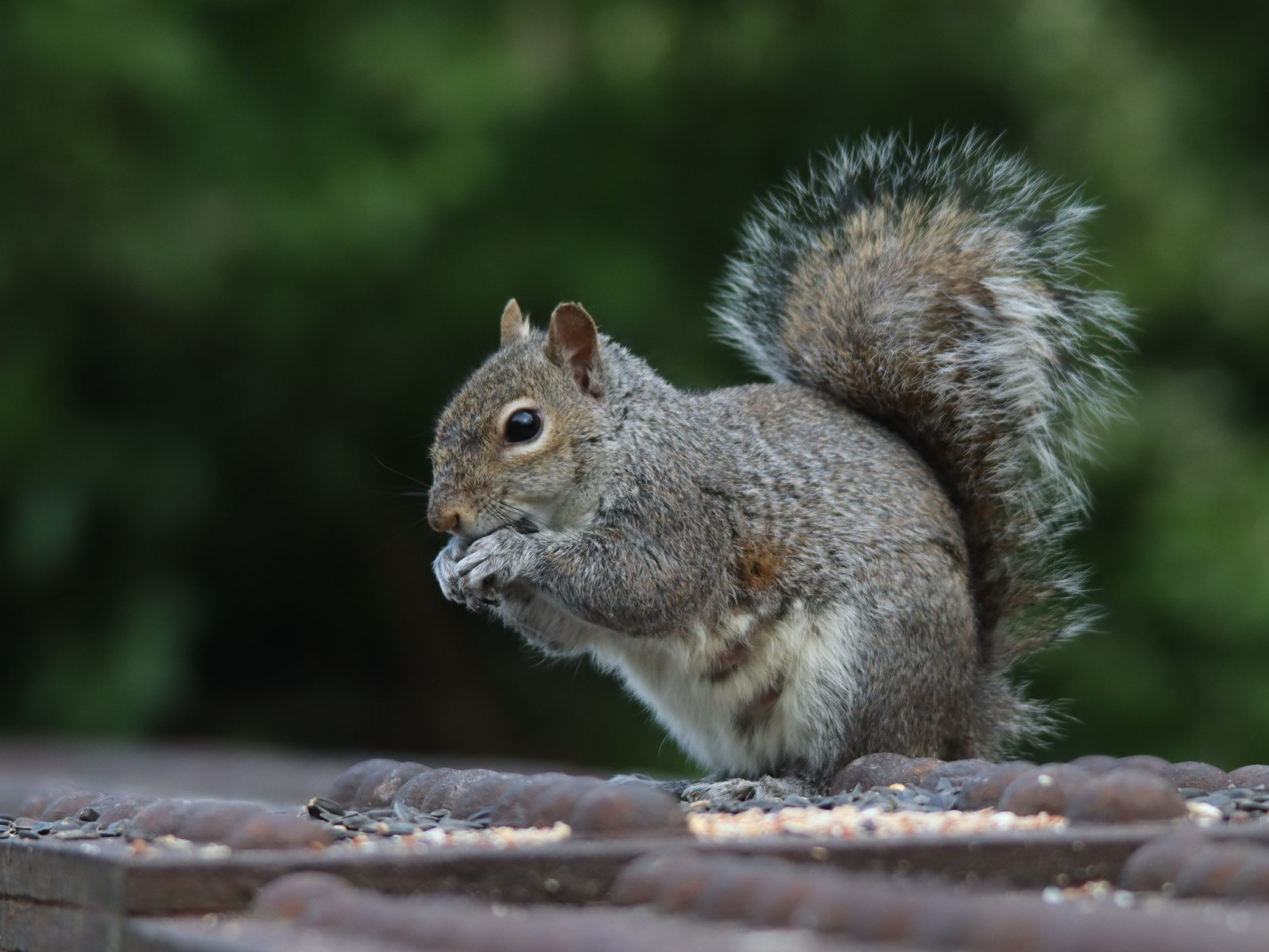 Grey squirrels have driven the local extinction of the native red across much of England and Wales. Photo by Wildlife Terry/Flickr
Previous story

From oral contraceptives to proposals to edit their DNA, efforts to control the U.K.’s invasive grey squirrel population have become increasingly elaborate. But a growing number of chefs and conservationists have a far simpler idea, which they see as part of the trend in ethical dining: eat them.

“My original starting point with grey squirrel was taste. But it’s also great for the environment,” says Paul Wedgwood, one of Scotland’s leading chefs, whose restaurant on Edinburgh’s Royal Mile has had grey squirrel on the menu since 2008. Wedgwood has even made haggis from the North American rodent that has driven the local extinction of the native red across much of England and Wales.

“It’s mellow, nutty and a bit gamey. It’s just a really nice flavour and it’s easy to match. Anyone who’s doing rabbit could just easily swap in squirrel,” he says.

Wedgwood is not alone among chefs putting invasive species on the menu. At Dai Due restaurant in Austin, Texas, owner and chef Jesse Griffiths is encouraging Americans to hunt and eat more of the millions of feral hogs that cause billions of dollars of damage to farmland. In the Bahamas, Michelin-starred chef José Andrés is serving up invasive lionfish to help protect reefs in the Caribbean. At Fallow in London, chefs are planning to cook king crab, the latest arrival on British shores that has sparked fears for native brown crab and scallop populations.

The concept of “invasivorism” was developed more than two decades ago by Joe Roman, a conservation biologist at the University of Vermont. “With this idea, humans are a form of biological control. Humans are amazing predators: whether it’s eating the grey squirrel in Britain or the European green crab in the U.S., we know eating them can have an impact on populations,” he says.

The spread of invasive species counts among the major drivers of extinctions and biodiversity loss on Earth, according to leading scientists. Not all non-native organisms become invasive, but those that do spread rapidly and outcompete native wildlife, often due to the absence of predators, causing financial and ecological damage. Examples include mice on Gough Island in the south Atlantic where the rodents eat albatross chicks in their nests, and the Burmese python in Florida’s Everglades, which has devastated mammal populations. Invasive species are also expensive: a Queen’s University Belfast study revealed recently that they have caused £878 billion of damage worldwide since the 1960s, a bill set to spiral this century.

Roman runs the website EatTheInvaders.org, hosting recipes for invasive species in the U.S. that include the green iguana, wakame seaweed and nutria or coypu — a river rat.

“We need to say from the beginning that the goal is to reduce these populations — not to create a market for them. We don’t want people to say, ‘Wow, this crayfish is really good. I wish we had it in this river system’ or something like that,” Roman says. “In this time of globalization, we’re moving animals, plants and fungi around all the time that have ecological impacts. We are trying to work against that.”

Critics are wary of how effective invasivorism can be at achieving its aims, with evidence the “eat them to beat them” approach can have the opposite effect for some species. A 2020 paper on catching invasive signal crayfish populations in North Yorkshire, where Britain’s only native crayfish is being driven out, found that traps were likely ineffective and helped spread the crayfish. Despite the crayfish being promoted by chefs including Gordon Ramsay, the report found that less than 2.5 per cent of invasive crayfish were large enough to be caught in traditional traps, which could harm other creatures.

Rack of squirrel, anyone? The chefs putting invasive species on the menu. #invasivorism #InvasiveSpecies

Then there is the question of scale. The Wild Meat Company, which sells game from Suffolk, England, sold about 10,000 grey squirrels last year, hardly enough to dent the population of 2.7 million in the U.K.

In the U.S., a 2014 review found that while eating invasive species can reduce populations and raise public awareness, it might inadvertently provide disincentives to their eradication. It offered an 11-point strategy for using invasivorism effectively, along with following local laws on harvesting species, which differ around the world.

While proponents acknowledge it is not possible to turn all invasive flora and fauna into gourmet food, they say that taste is key to success.

“If we ate invasive animals such as boar and nutria instead of cows, we would have a significant impact on climate change because of their greenhouse gas emissions,” says Lai, who now runs sustainable sushi pop-ups after the closure of the restaurant in 2021.

“From a swamp rodent called nutria to python, poisonous cane toad and a plethora of invasive plants, I have hunted, fished and foraged many invasive species. People’s tastes are constantly changing,” he says. “In my sushi platters for decades, I’d include non-conventional ingredients. Rather than tuna, farmed salmon, eel, and yellowtail, I’d use invasive carp with black soldier fly larvae, invasive blue catfish, invasive lionfish, edible weeds, invasive plants, and organic vegetables and fruit. For years, people would tell me every day that the sushi I was making wasn’t sushi, but over time it became more accepted.”

In the U.K., time will tell whether Japanese knotweed vodka and muntjac deer burgers become part of the measures to limit invasive species. Not all invasive animals are classed as game and therefore the public is not free to shoot, trap and consume every invasive species. But for fine diners in Scotland, grey squirrel, which it is legal to kill humanely, is already a firm favourite.

“The demand is there from customers,” says Wedgwood. “I had a guy fly in from Switzerland who ordered a squirrel tasting menu. A six-course menu … just with squirrel!”