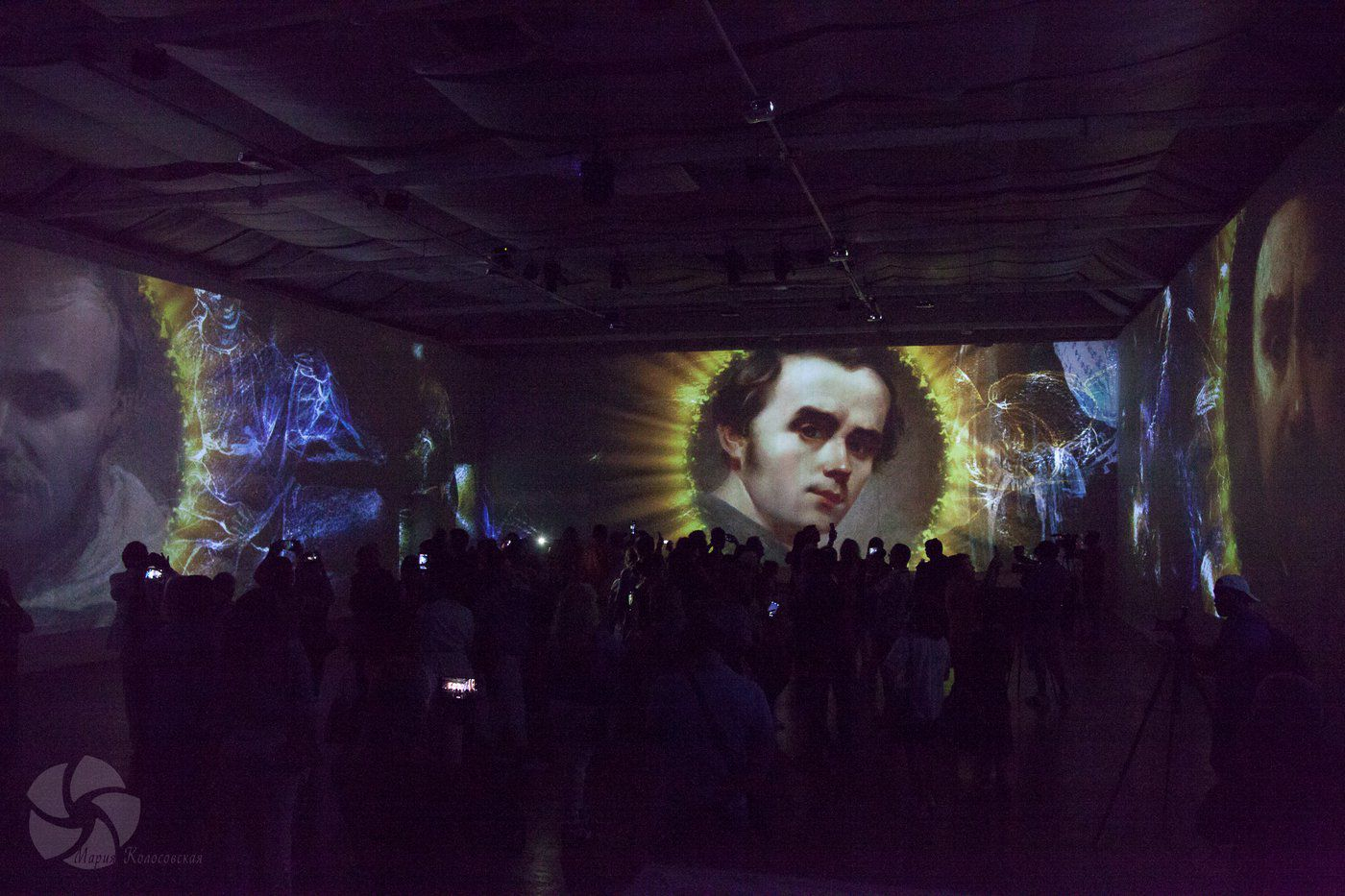 Artists and arts organizations across Canada are working on shows in support of Ukraine while taking public stances against Russia and its devastating invasion on the country last week.

From immersive experiences of the work of beloved Ukrainian painter and writer Taras Shevchenko to performances of the Ukrainian anthem at hockey games, Ukrainians in Canada are celebrating their culture as an act of hope.

Others, such as Russian-born Winnipeg Symphony Orchestra music director Daniel Raiskin, are speaking out.

"I firmly believe that it is the duty of every artist to speak the truth, expressing himself through the art he makes," Raiskin said in a scathing indictment of his country's actions on his Facebook page Wednesday. "But today, this alone is not enough!"

In Toronto, Valeriy Kostyuk is putting together an immersive show featuring Shevchenko's work. Kostyuk, a Ukrainian-born producer with Toronto's Lighthouse Immersive art space, said it was set to open in North America in September.

He's working with a team at the National Museum of Taras Shevchenko in Kyiv — at night, when the internet is faster and they're not making camouflage nets out of masking-tape for military vehicles — for the show to open on March 15 in Toronto, Chicago, Denver, Los Angeles and Boston.

"(Shevchenko) wanted to promote Ukrainian culture, he wanted to be writing poetry in the Ukrainian language, he wanted Ukrainians to be independent and living on their own lands and, most importantly, free," he said Saturday. "This is exactly what Ukrainian people are going through right now. They are fighting for their national identity."

Most of the work in Shevchenko museum in Kyiv has been packaged up and hidden away from the bombs and the shelling, he said. Some are in the same containers used to hide the precious work from the invading Nazi forces in 1941, he added.

Attendees of Immersive Shevchenko: Soul of Ukraine will stand in a room with its walls projecting high-quality scans of Shevchenko's original paintings, while they listen to music created by composer Timur Polyansky and based on the scores Shevchenko most loved, Kostyuk said.

"You truly get to feel the soul of the Ukrainian people right now, because to them Taras Shevchenko is in a way a spiritual and a cultural leader," he said.

The show was first presented last October, in Odesa, Ukraine, to celebrate the 30th anniversary of the country's independence.

All proceeds will be donated to efforts to help Ukraine led by the Canadian Red Cross and the National Bank of Ukraine, the Lighthouse Immersive website says.

In Newfoundland, Ukrainians were celebrating their heritage in another way. Local band the Kubasonics took to the ice at Mile One Centre in St. John's to sing the Ukrainian anthem before Friday night's ECHL hockey game between the Newfoundland Growlers and the Adirondack Thunder.

Three of the five members of the Kubasonics are Ukrainian and the band plays what it calls "Ukrainian-Canadian speed-folk."

Across the country in British Columbia, several hundred people attended a rally outside the Vancouver Art Gallery, where a sea of blue and yellow Ukrainian flags were waved during speeches by community members.

Sandra Marchenko, who attended with her family, said they left their home in Kharkiv on Feb. 13, less than two weeks before the war, because her husband had a tech job in Vancouver.

"We decided to start a new life here but we have everything in Ukraine: Our home, our parents, basically everything. But now we are terrified. We don’t know what to do or how to get home."

Watching images of bombed-out buildings on the news has been confusing for her seven-year-old son, who she has tried to shield from the war, Marchenko said.

"Sometimes he asks me 'Is that my school, Mom?' I say it's not your school and I hope it wouldn't be a school," she said through tears. "But what can I say?"

For now, the family is trying to help those left behind.

"We donated our car to help volunteers to save kids who stay now in some places to hide from bombs. So we are trying to do something, like sending some money and helping to spread some useful information like how to hide and get some medication," Marchenko said.

Matea Kulic said it's important for her to stand in solidarity with the Ukrainian people because her grandparents were in the former Yugoslavia during a series of wars in the 1990s and she remembers her parents calling them from Vancouver.

"You always feel very helpless when you’re in a very faraway country. Of course, we’re privileged to wake up safe every day, which is not what the Ukrainian people are experiencing right now," she said.

"Personally, with a daughter that’s three years old, seeing images of mothers in subway stations huddled together, the maternity wards being bombarded, it's very hard to watch."

Kulic said her daughter has asked some heartbreaking questions.

"She asked me today when we were at the protest if we were going to be bombed. She’s been asking us if we’re going to die."

Meanwhile, police are investigating what they're calling an act of vandalism at the Russian Community Centre in Vancouver.

In a news release, Sgt. Steve Addison said officers were sent to the centre Saturday following reports that someone had defaced the building with blue and yellow paint. He said the vandalism likely occurred overnight.

"No arrests have been made and the investigation is ongoing."

Back in Manitoba, Raiskin said he was suspending all work in Russia until the country ended its "barbaric" and "fratricidal" assault on Ukraine and justice had been served. The composer condemned his country and its invasion.

"Each rocket, each shell, each shot was made for one reason only: to kill ... to kill a person, a people, an infrastructure, a country," he wrote. "War kills, there is no excuse for war. The war must be stopped immediately!"

— With files from Camille Bains in Vancouver.

While we have these support

While we have these support parties and Leaders meetings Russians are still killing Ukrainians minute by minute. Sorry that I don't support these parties and meetings.
I want Russia out of the Ukraine ASAP.
I see there are many brave souls that want to get over there even though they are not Ukrainian.
I would not want to be in a subway, or basement waiting on the UN or NATO to do something heroic.
Putin is showing how useless the democratic system is as it stands to an emergency of this magnitude.
Sorry for being so negative!