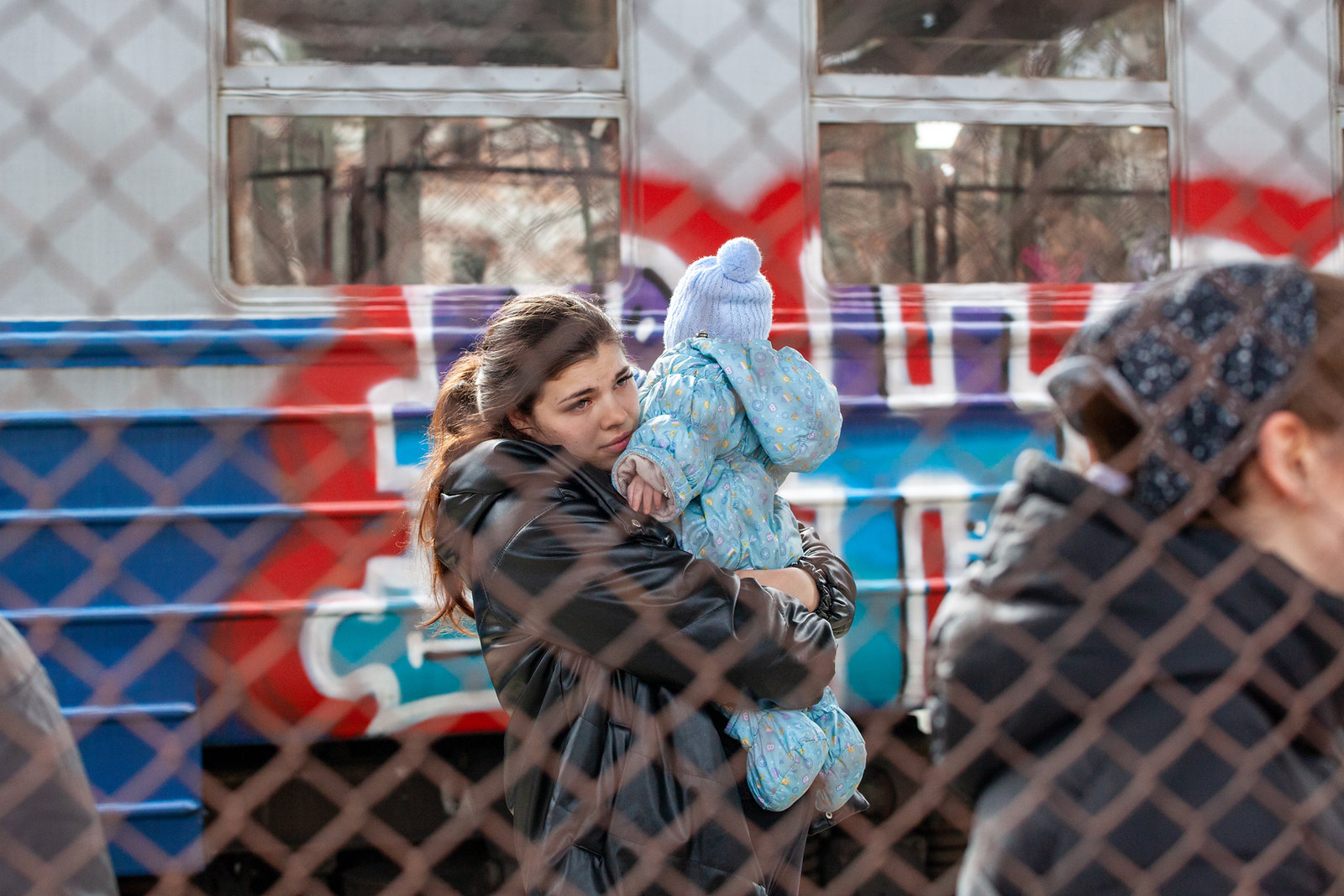 Over a million refugees have crossed the Ukrainian border in the first week of Russia’s war against Ukraine. Photo via Mirek Pruchnicki / Flickr (CC BY 2.0)
Previous story

After days of appeals from the Ukrainian community to waive visa requirements amid the ongoing war in the eastern European country, Canada’s immigration minister announced Thursday that the federal government will allow an unlimited number of Ukrainian refugees to seek asylum in Canada for at least two years.

The president of the national Ukrainian Canadian Students Union (SUSK), Danya Pankiw, told Canada’s National Observer her organization had been calling on the government to waive visa requirements. She met with Prime Minister Justin Trudeau, his cabinet and NDP Leader Jagmeet Singh ahead of the government’s decision Thursday.

She says SUSK had been lobbying for a smoother acceptance process to avoid a backlog at the borders that could further complicate the burgeoning refugee crisis.

Pankiw says the federal decision is good news for the community, but notes the program will take a few weeks to implement.

Yuliya Dumanska, an immigration lawyer in Toronto, says people in the Ukrainian-Canadian community were asking about a refugee program ahead of the decision.

Many Ukrainian-Canadians have families who have sought refuge in Poland, Romania and Hungary and will have to wait for days, maybe weeks, to have their visas processed, she says.

“Some (refugees) have relatives in Canada and they want to come here, but the only way to come is to get a Canadian visa, and only then, can they travel to Canada,” she says.

For days, Dumanska’s phone has been ringing non-stop, she says, with Ukrainian-Canadians worried about their families, especially in the besieged capital city, Kyiv.

“The sad part is that a lot of my clients have elderly parents who are 80 years old and older,” Dumanska says, her voice shaky. “They were paying for caregivers in Ukraine, and now it’s a mess because elderly, especially in Kyiv, have been left to care for themselves.

Yuliya Dumanska, an immigration lawyer in Toronto, says her phone has been ringing non-stop with calls from Ukrainian-Canadians worried about their families, especially in the besieged capital city, Kyiv. #Ukraine

“In a situation of war, they are not mobile. They will stay in their apartment, where everybody else will go to a bomb shelter when they hear air sirens.”

First-year University of Toronto student Marta Perehinets says she has spent the past number of days trying to help her cousin in Ukraine find asylum. She says he is a minor and has health problems, otherwise, he would be fighting for the country he loves.

“I don’t have any idea what this stuff means,” she said before the announcement Thursday. “I don’t know how to get a visa, what kind of visa my cousin is eligible for. My poor parents are trying to figure out how to send money and to get my aunt into a safer place.”

Over a million refugees have crossed the Ukrainian border in the first week of Russia’s war against Ukraine. The United Nations warned the war could cause Europe’s largest refugee crisis this century.

“It’s not easy talking to people and telling them that there are limited options,” Dumanska says. “Everybody is worried about their families.”

— With files Laura Osman from The Canadian Press

While I have a lot of empathy

While I have a lot of empathy for the suffering of ordinary Ukrainian citizens, I really am angry that so much fuss and help is going into these white blue-eyed, blonde haired people, and all the suffering that has been happening in Yemen and Iraq and all the other Middle Eastern countries, is hardly noted. Nothing compares to the help that the Ukrainians are getting, but then again those people in Africa and the Middle-East are brown or black.