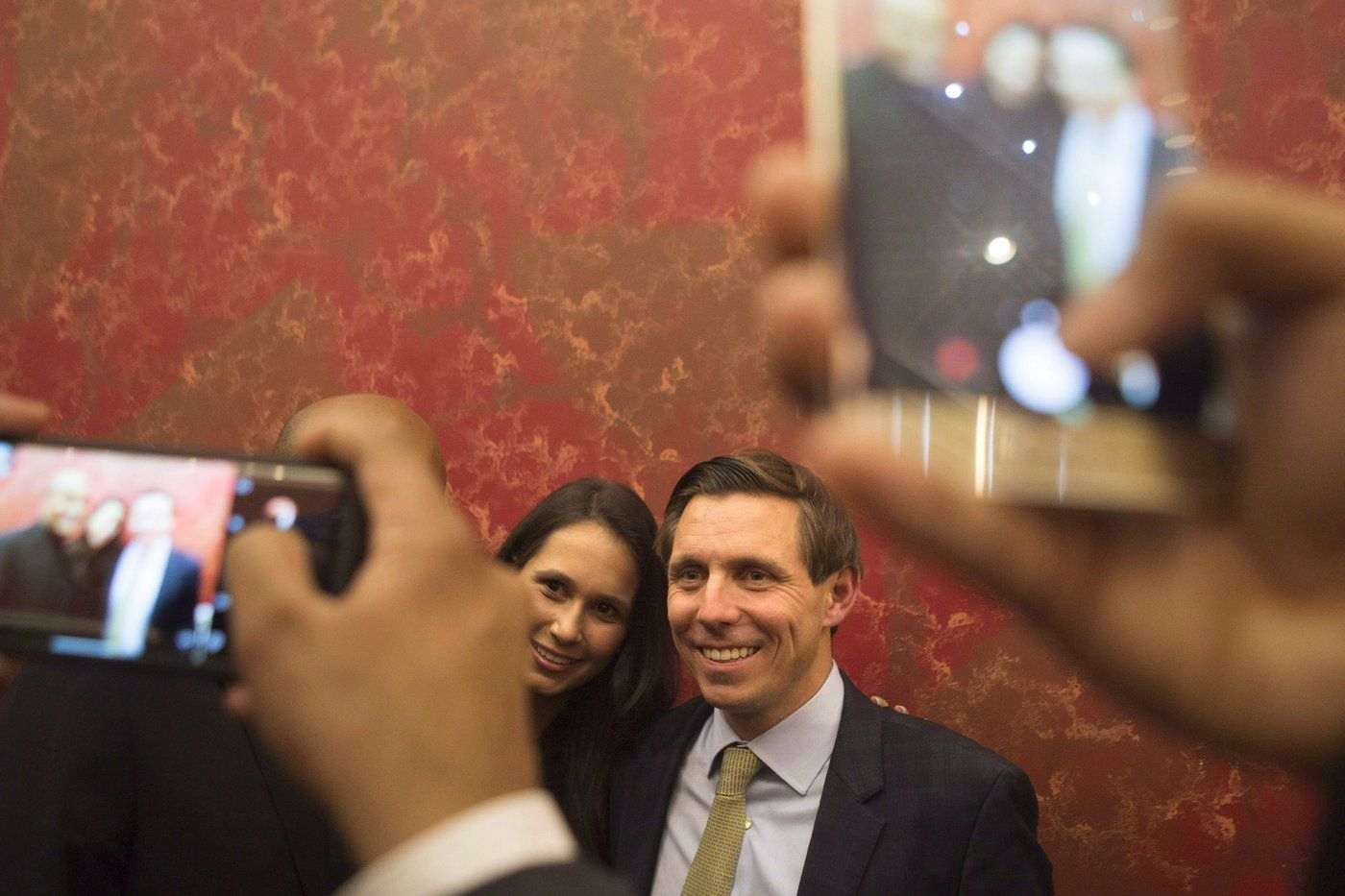 Brampton Mayor Patrick Brown poses for a photo for a supporter alongside his wife Genevieve Gualtieri after winning the Brampton Mayoral Election during a campaign celebration in Brampton, Ont., on Oct. 22, 2018. Photo by The Canadian Press/Chris Young
Previous story
Next story

At 43, Brown's political career has been defined by its ups and downs.

Born in Toronto, he was a young Tory who in 2000 was elected as a city councillor in Barrie, Ont. From there, he became an MP in former Conservative prime minister Stephen Harper's government.

Brown left federal politics after winning leadership of Ontario's Progressive Conservative party in 2015, where he served as the province's Opposition leader until 2018.

Within months of an election — at a time when the Liberal government had spent more than a decade in power — in January 2018 CTV published allegations of sexual misconduct from two women against Brown.

The allegations have not been proven in court, nor have they been independently verified by The Canadian Press. Brown has long denied them.

But after initially promising to stay in the job, Brown resigned the next day and within weeks was kicked out of caucus.

He then ran for mayor of Brampton, Ont., and was elected in October 2018. He has remained in that role ever since.

Last week, Brown and CTV resolved a years-long legal dispute over a defamation lawsuit he launched after the 2018 story.

A statement released by the broadcaster and Brown said CTV regrets some factual inaccuracies their original story contained. The statement did not specify what those inaccuracies were and a CTV spokesperson declined to elaborate.

@patrickbrownont takes on his next political challenge: Running for Conservative leader. #CDNPoli #CPC

The original article includes a correction that updates the age of one of two women who accused Brown of sexual misconduct.

Brown is set to launch his campaign in his own backyard of Brampton, part of the seat-rich Greater Toronto Area, a region where the federal Conservatives know they need to grow their support in if they hope to form government.

And Brown's political roots in the region run deep. Poilievre and Charest held their first official events in Saskatchewan and Alberta, respectively, home of the Conservative heartland and its grassroots.

In terms of what Brown might bring to the race, he recently mounted a strong rejection of Bill 21, a controversial secularism law in Quebec that prohibits public servants in positions of authority from wearing religious symbols on the job.

As Brampton's mayor, Brown spearheaded a plan for cities to pledge money to help fund a legal challenge of the law.

His vocal opposition of Bill 21 comes as the party also knows it has to grow its support with new immigrants and cultural communities, who call the country's largest cities and suburbs home.

Brown enters the Conservative leadership race with a track record on another dicey issue for the party: carbon pricing.

He has pledged his support for the mechanism. Many party members reject it as an ineffective "tax," including Poilievre, who has vowed to repeal the federal consumer carbon price and attacked Brown over his support of the policy.

Brown recently penned a letter asking Deputy Prime Minister and Finance Minister Chrystia Freeland to forgo a planned increase for April 1, citing the price of gas and other affordability issues.

Conservatives will find out who their new leader is Sept. 10. Candidates have until June 3 to sign up new members and April 19 to declare they're running.

This report by The Canadian Press was first published March 13, 2022.

— By Stephanie Taylor in Ottawa