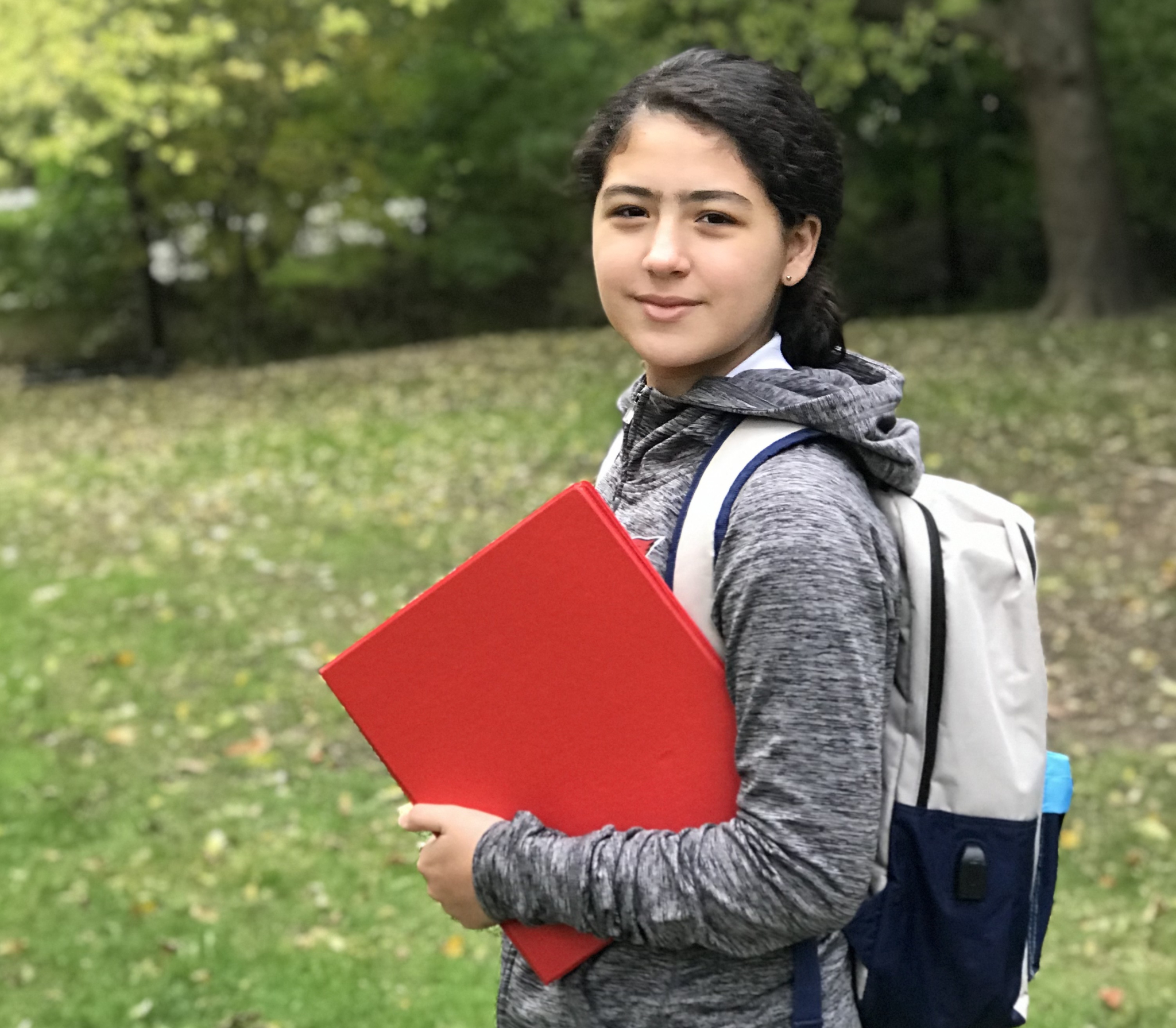 Mariam Sarikaya took part in the League for Green Leaders, among other environmental actions. Photo supplied by Mariam Sarikaya
Previous story
Next story

In classrooms often disrupted by closures, the League for Green Leaders challenge to cut carbon emissions was a welcome focal point for some elementary students (and their teachers) in the Toronto District School Board.

The online competition for students aged eight to 14 presents two weeks of online and real-world activities that parents can get involved in too, uses a related game series to build virtual habitats, and challenges them to reduce their carbon footprint as much as possible.

“I was really excited about this competition because it's about the environment and different ways we can help decrease our impact on it,” said Mariam Sarikaya, a 14-year-old Grade 8 student at the TDSB’s Glenview Senior Public School.

“It’s important because all of this is contributing to global warming,” she said, referring to the historical and ongoing industrial activity she researched as part of the project.

Elliot Rotstein, who did many of the involved outdoor activities with her parents, said she also got a lot out of the project.

“I chose animals that I liked and wanted to learn more about — it gave me a reason to learn more,” she said. “We didn't have to draw them, but I did because I enjoy drawing and thought it would add to the project,” she said.

Rotstein did more than just add drawings to her research project. Her teacher Susan Jim in the grades 5/6 extended French class at Wilkinson Junior said the extra activities offered as part of the league gave the self-motivated learner a chance to take on additional work.

“I enjoyed making the solar oven — I've never made one before,” Rotstein said. “We haven't had a chance to use it because it's on display in the library, but I am very excited to make s'mores in it!"

The League for Green Leaders aims to foster climate awareness among elementary school students with an online competition to grow their appreciation for the natural world and reduce their carbon footprint.

“We had been in and out of the classroom, so having the kids engaged through their screens with me on a day-to-day basis I have to admit it was a challenge,” she recalled. “They had that camaraderie with their classmates because they were competing with each other on who's recycling more.”

In the pilot version in April 2021, the 202 students who took part (from the TDSB, as well as Iowa, New Jersey and Pennsylvania) saved a total of 15 tonnes of CO2. An official launch version in TSDB schools in November saw 224 children save 12.6 tonnes, while the most recent two-week competition involved 156 students who saved 11 tonnes.

“The total number of teachers we got (in the latest competition) was in the single digits,” said Jane Ji, the co-founder of Springbay Studio, which developed the league and the iBiome games that are used in it. “That’s perhaps a reflection of the up and down in the school system during COVID.”

Ji said her motivation in co-founding the enterprise in late 2006 was a desire to design something cultivating, caring and supportive.

“We never do anything that’s doom and gloom, but rather focus on the positive side, the beauty of the natural world and trying to strengthen the connection for children,” she said.

“It's not exactly a fun topic, so we need to find ways to make sure that we’re still instilling that optimism in our students, that we are able to make a difference every single day, even if at a small level.”

High school conservation gets back out into the field