As Russia upends the global order, Canada must secure the Arctic 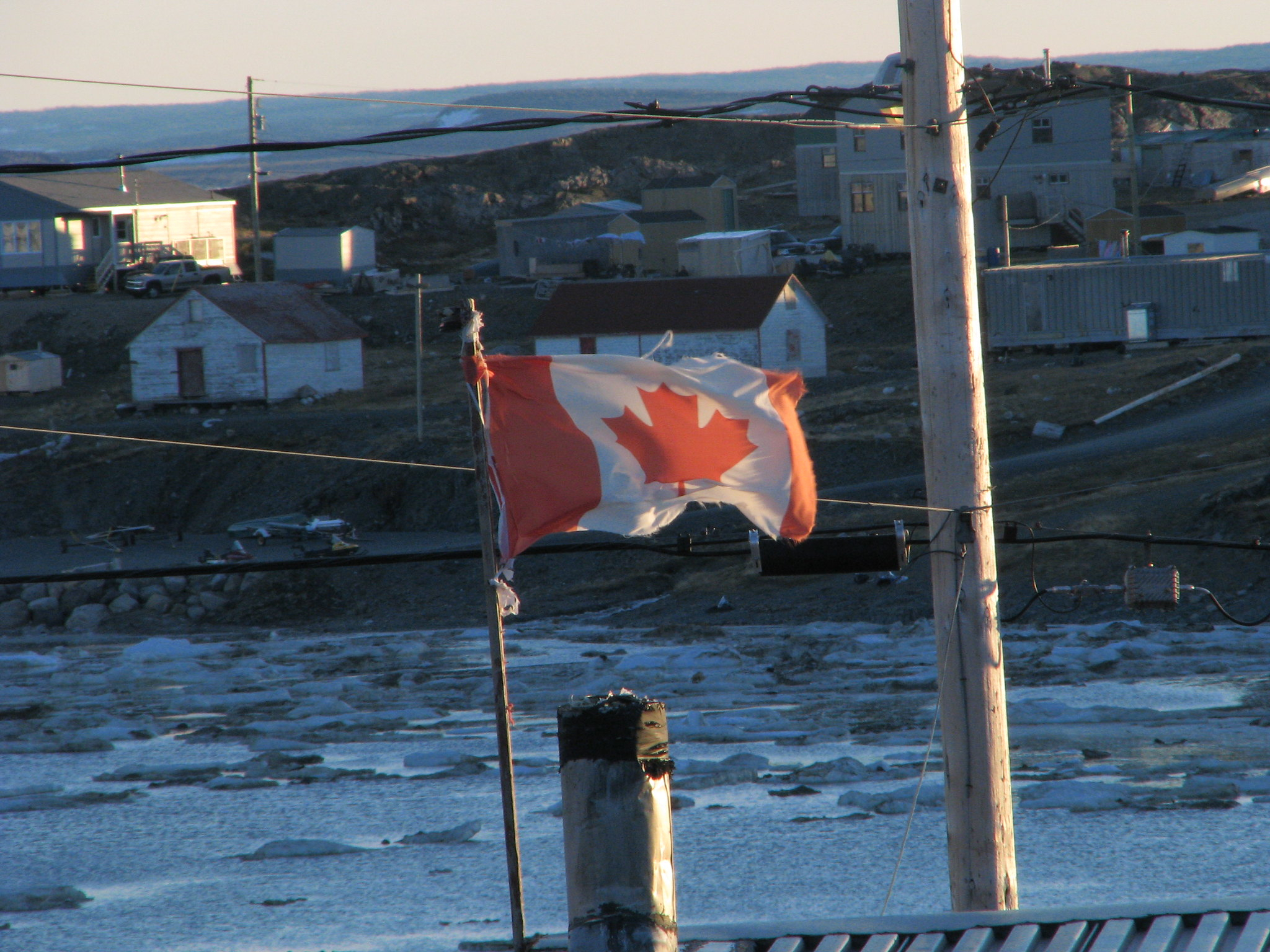 There are opportunities for Canada to exercise leadership and enhance its national interests by redoubling efforts to resolve boundary issues in the Arctic. Photo by Steven Roberge/Flickr
Previous story

Canada’s Arctic policy has been strained as international challenges have overlapped with complex domestic politics related to national defence, a stormy relationship with the United States, and the work of fostering reconciliation between Canada and Indigenous peoples. Faced with competing priorities, Canada has often avoided difficult decisions. Today, amid dire new assessments of climate change, Russia’s renewed invasion of Ukraine, and the temporary suspension of the other Arctic states’ participation in the Arctic Council, there is urgent need for a robust Arctic policy in Canada.

In this difficult context, there are opportunities for Canada to exercise leadership and enhance its national interests by redoubling efforts to resolve boundary issues in the Arctic. Most of Canada’s Arctic disputes are among its friends and allies, including with Denmark over Hans Island, the United States over the maritime boundary in the Beaufort Sea, and over the legal designation of the Northwest Passage (NWP) as Canadian internal waters. Pursuing a proactive policy to address Arctic border issues would help resolve irritants among the Western Arctic states, reinforcing their unity in the face of lawless international behaviour from Russia and other geopolitical adversaries.

Hans Island should be the easiest to resolve. Canada and Denmark’s rival claims to the uninhabited, resourceless rock somewhat larger than a football field are a long-running joke in their militaries and foreign ministries.

In 2018, a joint task force was struck to provide recommendations for resolving the dispute, but has produced no apparent progress. As distinguished legal scholar Michael Byers has noted, there are different possibilities for resolving the issue, including dividing or managing Hans Island jointly.

Given its lack of people, resources or strategic importance, the specific resolution matters little. Rather, settling the Hans Island dispute is its own reward; Canada would benefit from the removal of a periodic irritant with a friendly neighbour, allowing for strengthened relations between middle-power NATO allies in the context of increased tensions in the Arctic and Europe.

Canada’s dispute with the United States in the Beaufort Sea will be more difficult, both because of the stakes and the negotiating partner. The legal details refer to interpreting the appropriate angle of the international boundary when it enters the water, which determines sovereignty over offshore oil and gas deposits.

But the two countries’ positions on the 1825 treaty are counterintuitive, since under the U.S. interpretation Canada would gain more marine territory, and vice versa, making the dispute a matter of principle rather than material gain. However, what matters more than control over fossil fuel deposits, which are unlikely to be developed, is whether Canada and the United States can effectively manage the issue during a challenging period in their relationship.

The question isn’t abstract; in 2010, Norway and Russia negotiated a resolution to a similar maritime dispute in the Barents Sea. If former Cold War adversaries with a complicated and sometimes hostile relationship could end a 40-year disagreement, is it unrealistic to expect that two close allies and partners could resolve the Beaufort dispute on a similar basis? Canada and the United States should follow the example of Norway and Russia by drawing a line down the middle of the disputed area and calling it a day.

In light of Russia’s renewed invasion of Ukraine, and the temporary suspension of Arctic states’ participation in the Arctic Council, there is an urgent need for a robust Arctic policy in Canada, writes @WillWJGreaves. #cdnpoli #cdnfp #ArcticPoli

Canada should also develop a multilateral framework for use of the Northwest Passage. Canada asserts the passage comprises internal waters over which it exercises complete authority, but the United States and most other countries insist it is an international strait through which all vessels have a right to innocent passage.

The underlying legal dispute is complicated, but in 1988, Canada and the United States created a workaround by signing an agreement whereby the U.S. would not enter the NWP without Canadian permission, but Canada guaranteed that such permission would always be granted.

The NWP agreement maintains both countries’ distinct legal positions while establishing a mechanism to manage the use of the passage, and worked well for decades. However, it has been strained by the increased navigability of Arctic waters, heightened interest from non-Arctic states, and the Trump administration’s specific rejection of Canada’s position on the NWP as “illegitimate.”

Canada should thus seek to renew the nearly 35-year-old agreement with the United States. Doing so would salve their bilateral relationship and provide an opportunity for Canada to negotiate a multilateral agreement for other countries to sign on to the existing framework: guarantees that Canadian permission will always be sought in exchange for assurances such permission will be granted.

Given current circumstances, such an agreement should first be negotiated among the Arctic 7; that is, all the Arctic states except Russia. A multilateral agreement on the NWP would be a worthy addition to the three international agreements previously signed by the Arctic states, signalling a continued multilateral commitment to polar co-operation and providing Canada an opportunity to enhance the regime for orderly use of the NWP, maintain its legal position, and support the precedent of Canadian authorization for all transits through the passage.

Canada could go further and explore a free travel zone between its Inuit regions and those in the United States and Greenland. Doing so would anticipate legal challenges that Desautel implies rights to mobility and use of Canadian Arctic lands and waters by Inuit from across the transnational Inuit homeland.

Inuit have called for such a travel zone since the 1980s to support kinship and cultural ties, and improve access to education, health, and employment opportunities. A commission on the North Water Polynya between Ellesmere Island and the west coast of Greenland endorsed a similar governance model based on an Inuit-led partnership with the collaboration of Canada and Greenland to manage this unique ecological region and facilitate free movement between their coasts.

Ultimately, the outcome of such negotiations will not lie solely with Canada. However, committing diplomatic resources towards goals that specifically benefit Arctic Indigenous peoples would symbolize an active commitment to reconciliation. Alongside Her Excellency Mary May Simon as Canada’s first Indigenous and Inuk Governor General, the symbolic and practical significance of a proactive and collaborative approach to Arctic policy should not be understated.

Likewise, in a new period of international conflict, the time is right for Canada to engage its allies to get their Arctic boundaries in order. Doing so will demonstrate that most Arctic states remain committed to peaceful negotiation, and advance Canada’s goals of strengthening the rules-based regional order and promoting reconciliation with Indigenous peoples.

Defence chief warns Russia is back in Arctic bases

Negotiating and finalizing political agreements in the Arctic is a worthy initiative. However, Canada needs to recognize that agreements are useless without a permanent enforcement presence with respect to non-Indigenous issues that may arise, such as aggressive encroachment by Russian or Chinese icebreakers and submarines. The latter are likely already under the ice between the islands of the Canadian Arctic archipelago.

Canada needs icebreakers on patrol year round with both the Coast Guard and the Navy. The Coast Guard already has two icebreakers under construction in Vancouver (Seaspan) and Quebec City (Davie Shipyard). Their construction schedules are very long and need to ramped up for active patrol in the latter half of this decade in light of Putin's recent invasion of the sovereign democratic Ukraine.

The Coast Guard could use at least two more, but with major differences in design. They should be scaled up to Polar 10 in size and utilize non-fossil fuel propulsion. This will enable them to travel throughout the Arctic Ocean year round and avoid having to fuel up with the risk of oil spills in a pristine environment. The Coast Guard will then be in the position to escort commercial ships through the Northwest Passage under its own terms (e.g. no tankers ...), for a fee in winter for icebreaking services. The Navy should also have at least two Polar 10s with enough arms and electronic gear to detect and deter action by an opposing hostile military force above, on or below the sea at any time of year. Fleets of NATO Arctic vessels could also establish continuous patrols everywhere in the Arctic Ocean. Canadian Navy icebreakers could assist patrol efforts on the coast of Norway and visa versa.

Many Canadians would be hesitant to admit that small modular nuclear reactors are entirely feasible on non-military ships. Existing small scale nuclear technology has been operating in other jurisdictions for decades largely free of incident in several navies. Literally decades will pass before refuelling will be necessary.

On the other hand, Canada has years of experience with fuel cells. It stands to reason that fossil fuels and nuclear could be passed over in favour of Ballard fuel cells powered by green hydrogen made on board with electrolysis from desalinated seawater. The only waste product is steamy water vapour, which can be condensed and recycled back into the system. Germany runs a submarine or two on their brand of green hydrogen fuel cells. This suggests that larger ships can also be powered with clean, non-nuke electric propulsion. This idea will no doubt require further research. This is an opportunity for Canadian clean technology to prove its worth.