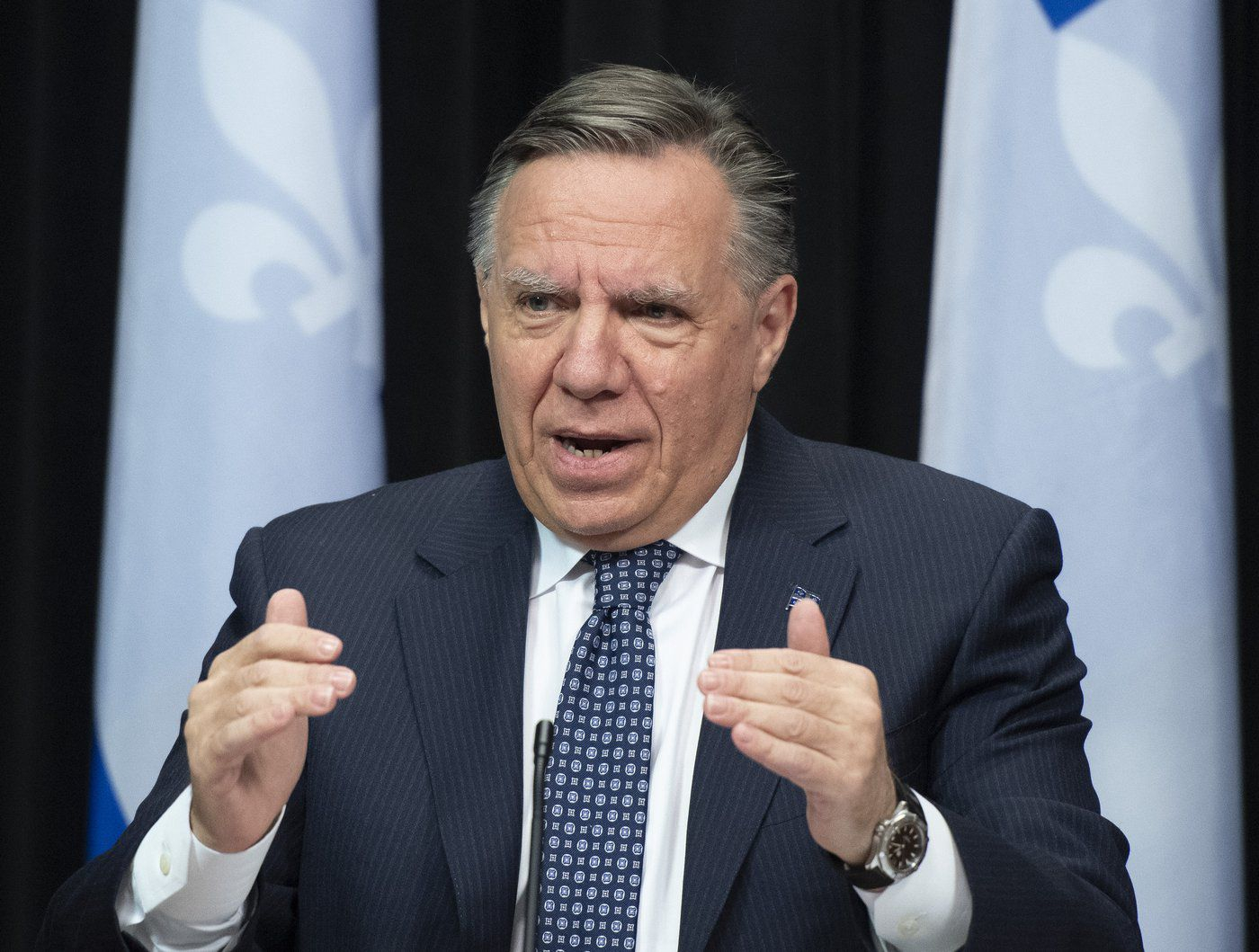 Quebec Premier Francois Legault speaks at a news conference on the COVID-19 pandemic on Feb. 8, 2022 at the legislature in Quebec City. File photo by The Canadian Press/Jacques Boissinot
Previous story

Quebec Premier François Legault is warning that the new alliance between the federal Liberals and the NDP is going to trigger a confrontation with the provinces, particularly around health care.

Legault's comments to reporters on Wednesday were in reaction to the agreement announced this week that would see the NDP support Prime Minister Justin Trudeau's minority Liberal government through to 2025.

In exchange for the NDP's support, the Liberals have agreed to work with the party on several priorities, including a dental-care program for low-income Canadians and national pharmacare.

But Legault says both of those potential programs fall under exclusive provincial jurisdiction, and he adds that the Liberals and NDP are "very centralizing" political parties.

He says the Liberal-NDP alliance "will hit a wall" if it tries to tell Quebec how to spend federal health transfers, adding that Ontario Premier Doug Ford agrees with him that Ottawa should not try to involve itself in areas of provincial jurisdiction, such as health care.

The Quebec premier is warning the federal leaders that they should expect from the provinces a "very strong common front" that would block any attempt to erode provincial powers.

“I'm sorry, but the federal government has no jurisdiction to be able to say how much money we put into long-term care, how much we put into mental health,” Legault said.

Sonia LeBel, Quebec's minister responsible for Canadian relations, told reporters that the federal government has the obligation to transfer money to the provinces for health care and the funding shouldn't come with strings attached. She said Quebec wouldn't agree to having its powers eroded in exchange for money.

"Quebec is not for sale," LeBel said.