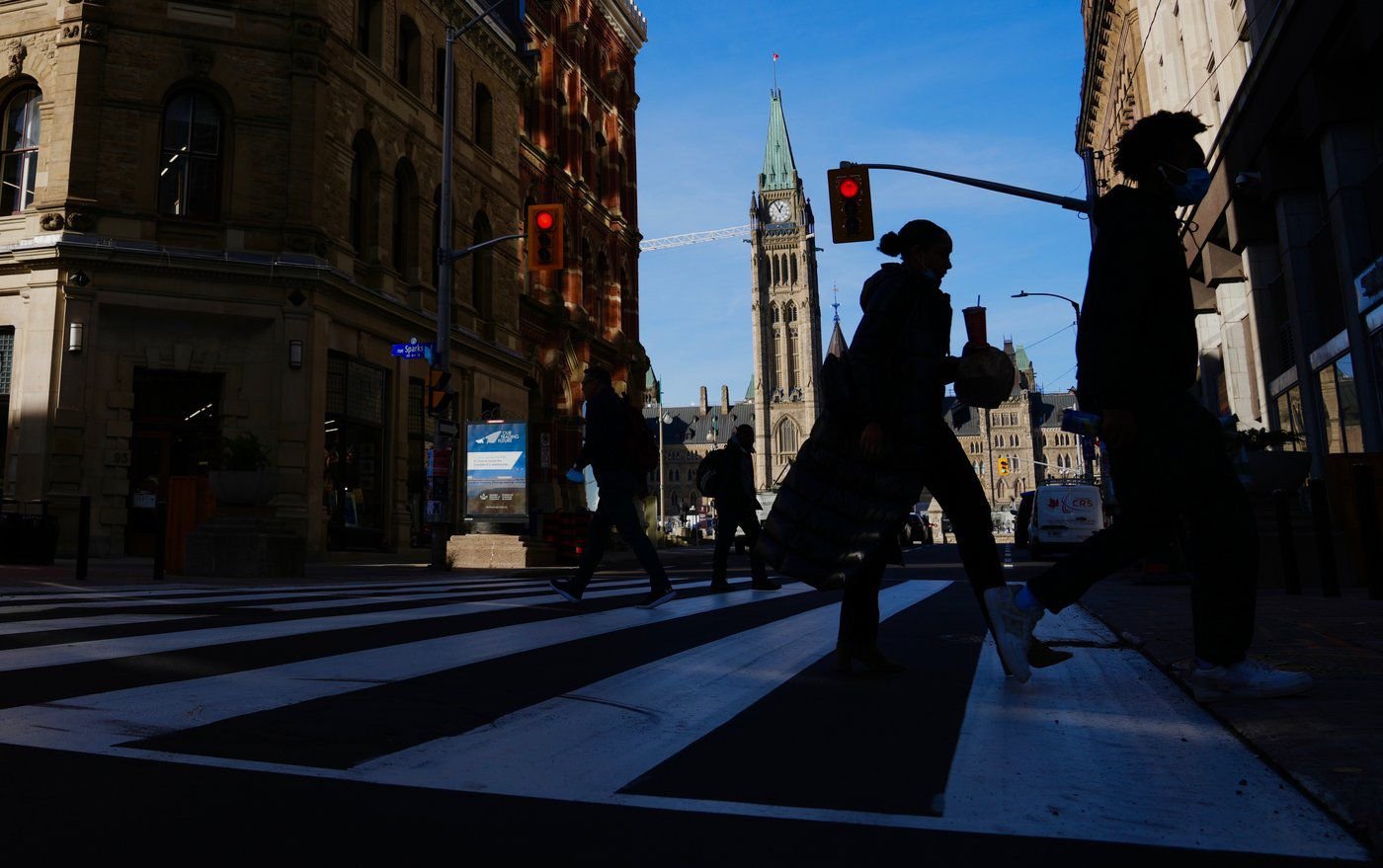 Pedestrians make their way along Sparks Street Mall near the Peace Tower on Parliament Hill in Ottawa, on Tuesday, Nov. 9, 2021. File photo by The Canadian Press/Sean Kilpatrick
Previous story

The mayor of Canada's capital city is urging the federal government to send its workers back to their downtown offices to bolster flagging local businesses.

Jim Watson appealed directly to Treasury Board President Mona Fortier to remind her that Ottawa has one of the highest COVID-19 vaccination rates of any big city in the country, saying it's safe for workers to return.

"A healthy city must have a healthy core," the mayor said in a statement.

Approximately 94 per cent of adults in Ottawa are fully vaccinated, and 98 per cent of the core public service has attested that they've received two shots of a COVID-19 vaccine.

Even so, many public servants are still logging in from home.

Business and government employees working from home have taken a huge bite out of small commercial enterprises, said Dan Kelly, president of the Canadian Federation of Independent Business.

The federation is one of several business groups that have also asked the government to send its workers back to the office.

"So many (businesses) are related to serving office workers. Not just restaurants, but the dry cleaner, the convenience store, retailers, hotels in downtown cores, these are some of the businesses that have been hit hardest by COVID restrictions," he said.

While nearly all urban centres have been starved of customers since the pandemic began, those in downtown Ottawa have been put through the wringer more than anywhere else, Kelly said.

Just as many capital businesses began to reopen their doors after the latest wave of COVID-19, a massive protest against public health measures flooded downtown streets with huge trucks and forced outlets to close for weeks.

Meanwhile, the federal government appears to be among the slowest to bring workers back to the office, Kelly said. Ontario public servants have already been ordered back, at least part-time, by April 4, for example.

The federal government has begun to slowly increase building occupancy, Fortier said in a statement Tuesday.

The decision about how quickly, and to what extent, departments will move away from remote work arrangements has been mainly left to individual directors, with the support of Treasury Board.

"The Treasury Board Secretariat is providing guidance to promote a coherent approach across departments and agencies, while respecting the different operational realities of each organization. There is no one-size-fits-all approach," she said.

Fortier said she regularly stays in touch with Watson about how they can foster the vitality of local restaurants and businesses.

Watson said even a hybrid model that sees employers work in the core only part of the time could help struggling small businesses.

Kelly said if the government doesn't send employees back soon many of those businesses will be gone. "The longer that we have workers working from home, the harder it's going to be to unscramble the egg."

The negative effect will be massive, even if the government starts shifting people back to the office part-time, he said.

"They just won't have enough business."

The issue seems to be on the government's radar, Kelly said, but the wheels turn slowly in Ottawa.

"Downtown businesses are hanging by a thread, and in Ottawa that thread has been unraveling even further," he said. "So we need to move on this fast."