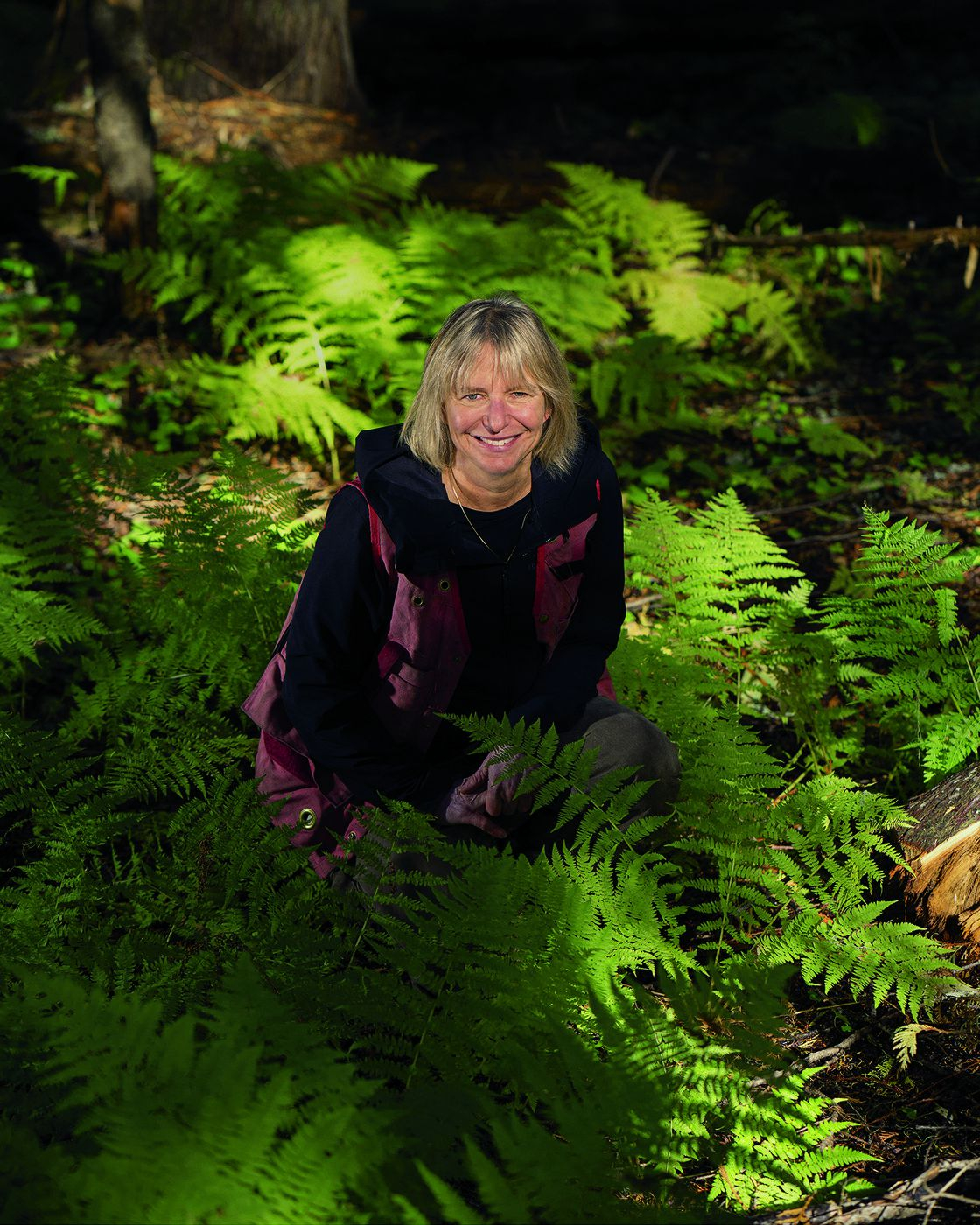 Suzanne Simard is seen in an undated handout photo. Simard is a UBC researcher whose study into old-growth communities has changed the discipline and inspired novelists and filmmakers. Handout photo by Penguin Random House, Brendan Ko
Previous story
Next story

Canada hasn't paid enough attention to what could be a leafy, green ally in the fight against climate change, says one of the country's most prominent scientists.

"We need to talk about forests," said Suzanne Simard, the University of British Columbia researcher whose study into old-growth communities has changed the discipline and inspired novelists and filmmakers.

"Forests have been ignored in the climate change picture."

Simard, whose book "In Search of the Mother Tree" describes how trees in healthy forests communicate and share resources, said Canada's old-growth forests are one of its largest reserves of stored carbon and that the way those forests are now harvested is setting that climate-warming element free.

"Our biggest carbon stocks are in primary forests and we need to protect our primary forests. We're still clear-cutting them like we did 30 years ago."

In her home province, she said, up to four times as much carbon is released from forestry and wildfires than from fossil fuels.

Simard spoke to The Canadian Press from Ottawa, where she's giving a public address and where the federal government is expected to release its blueprint for how Canada will meet its emissions reduction goals early next week.

"We really need to stop cutting our primary forests."

Most forest carbon is actually in the soil, she said. Industrial logging disturbs soil to the extent that two-thirds of stored carbon escapes into the atmosphere almost right away.

Simard said it's a mistake to think replanting makes old-growth logging climate-neutral. Uncut forests store centuries of carbon; harvested forests are recut every 60 years or so — not near enough time to replace what's lost.

"They're not even comparable in terms of carbon and biodiversity that's left."

And old-growth forests are unlikely to grow back.

"Once you log those primary forests, we're not going to get them back in this climate era."

Since the 1980s, Simard has been studying how trees in natural forests use fungal networks in the soil and chemicals released into the air to tell each other about threats, share nutrients and help each other in tough times. Her work has upended the science of forest ecology and filtered through to pop culture in movies such as "Avatar," novels like "The Overstory" and TV shows including "Ted Lasso."

For her, though, the realization that standing in a grove of massive trees was akin to being in the middle of a public square "came as a relief."

"It was like coming home," she said. "I grew up in primary forest and worked with my grandfather, who was a horse logger.

"I knew this in my heart from the get-go."

Her research, through her lab and her grad students, continues. But now, especially since the 2021 release of her book, Simard spends a lot more time than she used to spreading the word.

Simard describes forests as "regenerative." People respond to that, she said.

"We have this climate crisis. Almost everybody's experiencing it in some way and is worried about it. My book offers a way of seeing the forest as a regenerative place and that there are natural solutions if we have healthy forests," she said.

This report by The Canadian Press was first published March 27, 2022.