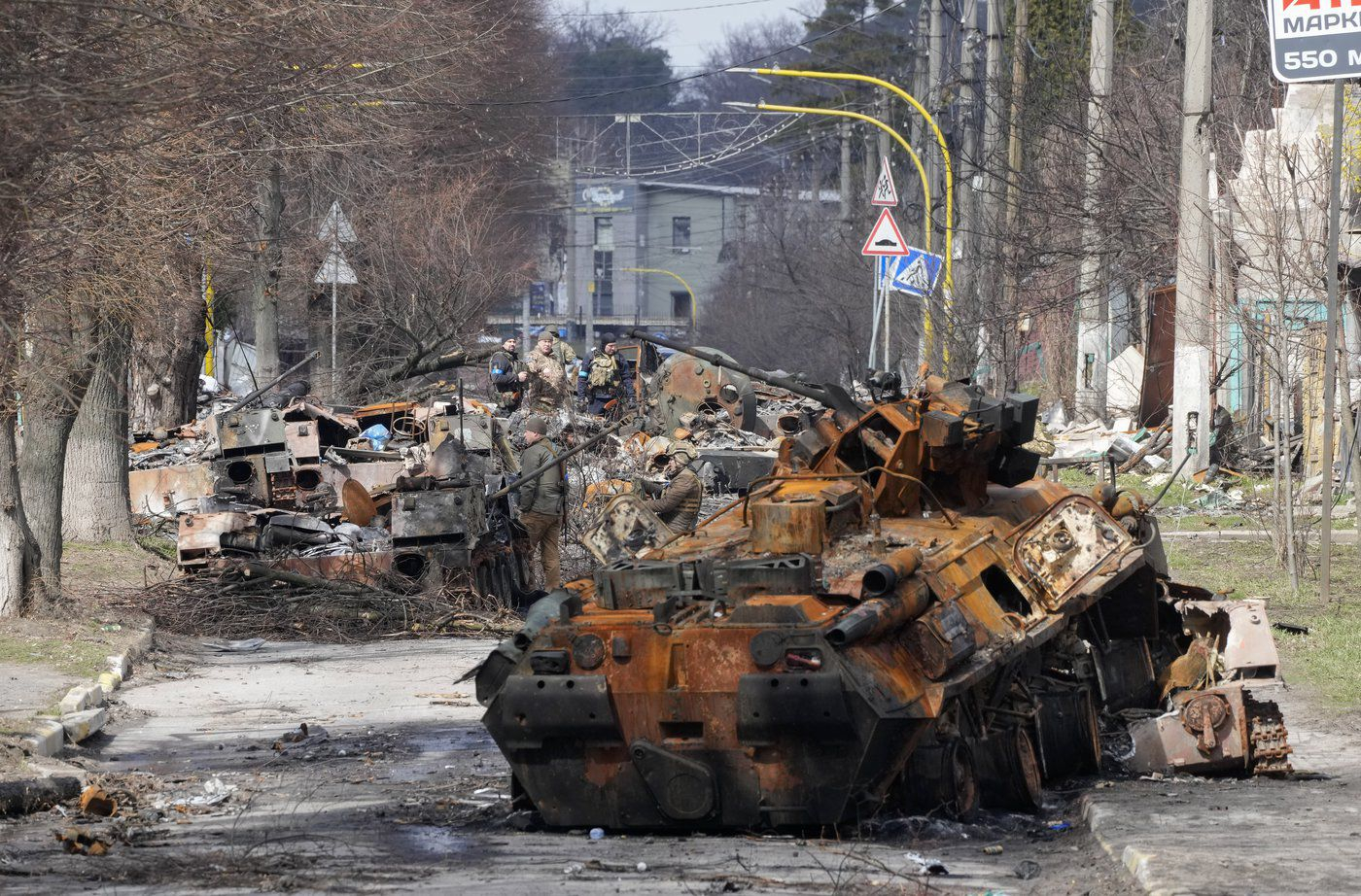 Foreign Affairs Minister Mélanie Joly is condemning Russian attacks on Ukrainian civilians as abhorrent and senseless and says new Canadian sanctions are coming against Russia as a result.

The world has been shocked by the atrocities committed by the Russian forces against innocent civilians in Bucha, and throughout Ukraine. We will continue to impose severe costs on the the Russian regime.

"This weekend, the world witnessed an abhorrent and senseless attack on innocent civilian lives in Bucha," said Joly during a trip to Helsinki Monday.

Russia is facing a renewed level of global outrage after reports of atrocities against Ukrainian civilians emerged over the weekend as Russian troops withdrew from towns they occupied around Kyiv.

After visiting the town of Bucha, Ukrainian President Volodymyr Zelenskyy said a genocide had taken place and called for tougher sanctions against Russia.

Joly said Canada will provide additional funding to support the International Criminal Court investigation looking at Russia's conduct since its invasion of Ukraine.

She said Canada will be imposing new sanctions on Russian and Belarusian individuals and she plans to follow up with G7 partners, saying that group of leading democracies needs to do more to isolate Russia.

Canada has sent half a dozen RCMP officers to The Hague to assist the ICC, and Joly and Haavisto said it was important the collection of evidence begin soon. It was not known what role, if any, the Canadian contingent would be playing because they are now working under the authority of the ICC prosecutor's office.

"First of all, it's very important to understand that war has also rules. And the rules are set by the Geneva Conventions. And if you break those rules you are making war crimes. And this is what it looks like has happened in Bucha," Haavisto said.

The House of Commons unanimously passed a motion put forth by the New Democrat foreign affairs critic Heather McPherson condemning the Russian action in Bucha, where mass graves have been discovered. The motion called for further sanctions and for Russia to be held accountable before the ICC. The MPs in the House then observed a minute of silence.

"Three hundred bodies, many of them women and children, have been found further confirming that crimes against humanity and war crimes are being committed by the Russian federation," McPherson said in a statement.

"In addition to the unconscionable killing of civilians, reports are also emerging about sexual violence against women and children by the Russian military. These heinous acts demand action. Vladimir Putin and the Russian military must not be allowed to get away with this."

She also visited the European Centre of Excellence for Countering Hybrid Threats, and also sought to bolster co-operation in the Arctic. Finland and Canada are among the eight countries on the Arctic Council, and Russia had been its chair. But after the invasion, the remaining members said they were taking a pause in the council's work because of Russia's actions.

"We want to make sure that we have a multilateral approach, while the Arctic Council is not meeting at this point. Because it is a question for us to maintain our sovereignty and make sure that we protect our land," said Joly.

She said she also has talks planned with the Arctic Council's other member countries, the United States, Sweden, Iceland, Norway and Denmark.

This report by The Canadian Press was first published April 4, 2022.