Canada's federal Conservatives are bullish on cryptocurrency. Here's why. 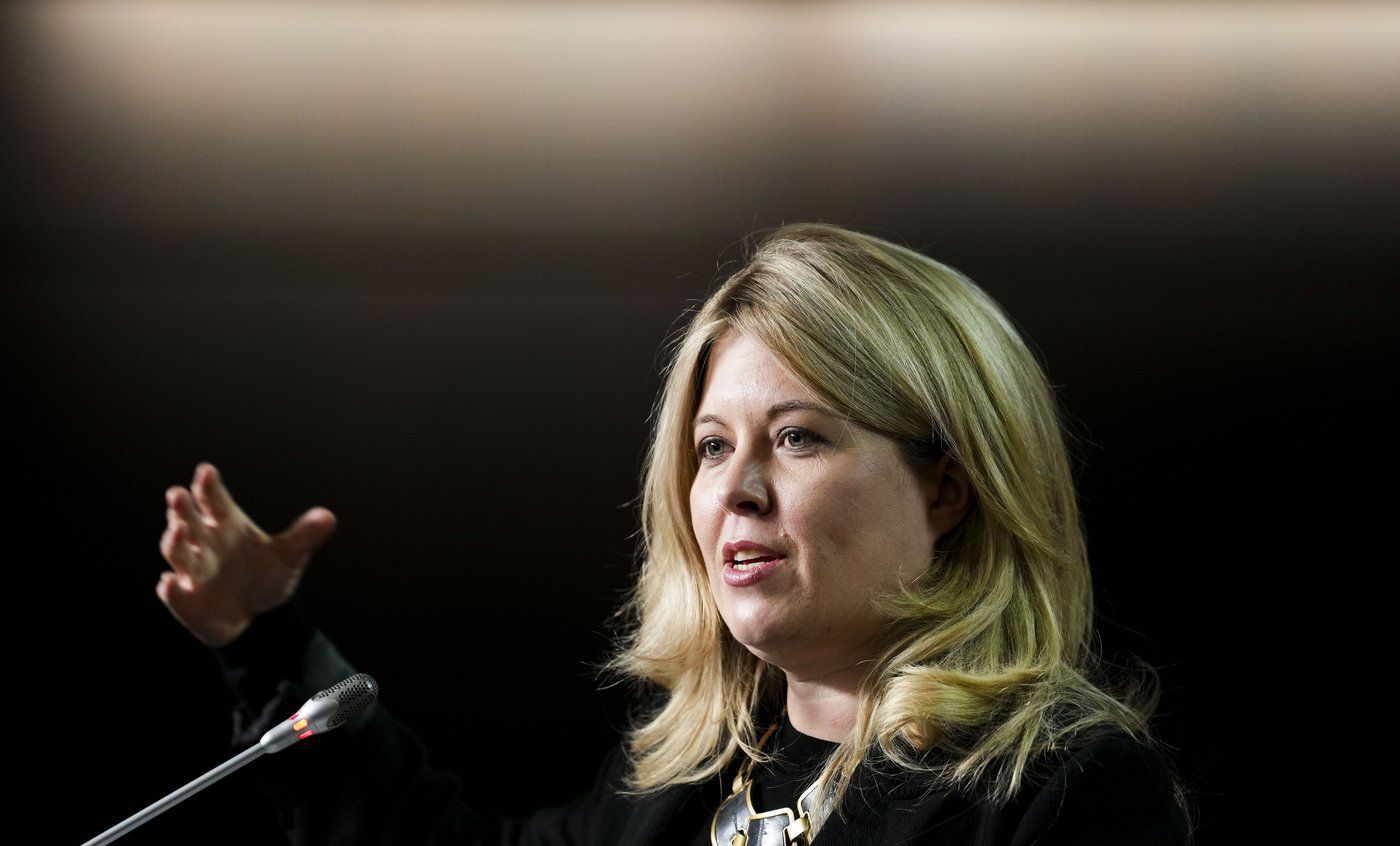 Conservative MP Michelle Rempel Garner says she hopes her bill to help grow the cryptocurrency sector will get Canadian legislators talking about it in a non-polarized way.

The private member's bill she introduced in February, which was debated in the House of Commons Tuesday evening, would compel the government to consult experts and create a plan for crypto assets within three years.

Many Canadians are still confused by how digital currencies, like Bitcoin, even work and exist in Canada. Rempel Garner thinks regulators and lawmakers feel similarly lost.

Cryptocurrencies gained a lot of attention when protesters in big rigs blockaded access to Parliament Hill for several weeks beginning in January. Those involved turned to digital assets as a way to collect donations after being dumped by GoFundMe and seeing funds generated by another online fundraising site frozen by an Ontario court.

Fellow MP and Conservative Party of Canada leadership candidate Pierre Poilievre is among those touting cryptocurrencies as an answer to the country's current economic woes.

Rempel Garner is working on the campaign of Poilievre's leadership rival, Patrick Brown.

Last week, Poilievre, who is himself a Bitcoin user, said digital currencies could help Canadians "opt out of inflation" and vowed to make the country more friendly to them.

He said he believes Canadians should have "more financial freedom" while politicians and bankers should have less financial control. Freedom has been the overarching theme of Poilievre's campaign since he launched it in February.

Cryptocurrencies gaining traction among Conservatives — here are some reasons why. #CDNPoli #CPC #Cryptocurrency

University of Calgary economist Trevor Tombe said buying into digital assets doesn't insulate anyone from price changes. In fact, he says, Bitcoin can be highly volatile for those involved.

"It's putting crypto out there as some kind of cure all to the inflation challenges that we're seeing. And that is not the case — not the case now, and it wouldn't even be the case in some hypothetical world where we only use crypto," he said.

Tombe said the main driver of inflation right now is the increase in oil prices, and digital currencies won't change that.

"It doesn't matter what currency you're using to value barrels of oil," he said. "If you take a number of barrels off the market, like we have following Russia's invasion of Ukraine, then you're going to see prices rise. Similarly, during recessions, when demand falls, you'll see prices fall."

Rempel Garner said the idea that Bitcoin could be used to hedge against inflation hasn't been tested over a period of time when inflation has been sustained. As well, she says it's volatility could spell trouble for anyone considering using Bitcoin as a way to pay people for their work.

Bruce MacLellan, CEO of Proof Strategies, which surveys Canadians' trust levels, said while Poilievre may feel his message around freedom and cryptocurrencies is a winning one for a segment of the Conservative base — and those who champion freedom as an ideal — Proof's research suggests it wouldn't resonate more widely.

"Canadian trust in our banks is very stable," he said in an interview Tuesday. "At the moment crypto has a huge reputation and trust issue."

He says its link to the convoy protest doesn't help matters. Like other new sectors, such as cannabis and artificial intelligence, Canadians are curious, but cautious around cryptocurrencies, which have also been reported on as being favoured by criminals and hackers.

At the same time, MacLellan says there's a lot of appeal in messages of freedom right now among right-of-centre voters. He says their research suggests Conservative party members tend to be less trusting than those who belong to the Liberal Party of Canada and Bloc Québécois.

"The number of people who don't trust in banks or the Canadian financial markets, they are a perfect market opportunity for Bitcoin."

For several years, MacLellan said they have seen levels of trust falling in the Prairies, which also happens to be home to many in the Conservative grassroots.

Like with other emerging industries, he says what they find helps build trust is in fact more regulation, which runs counter to messages of less government.

"People aren't going to just take a flyer and decide, 'Oh, well, yeah, I don't need to go to the Royal Bank anymore because I've got my crypto account,'" he said.

"That is not a Canadian behaviour."

Liberal MP Jenna Sudds indicated her party likely won't support the bill during a debate on Tuesday, saying it's narrow in scope and doesn't address the risks inherent to cryptocurrency.

I agree that our financial

I agree that our financial system is not perfect. After all, it is just a set of rules to enable trade - with our neighbours and in the world. Like any other tool, it should and must be used to achieve specified ends.

Will cryptocurrency alleviate inequity? Will it ensure that every child in Canada has what is needed for good health? I don’t think so.

A major problem with our economic system as it has evolved is that instead of being seen and understood as only a tool or means to an end, it has become an end in and of itself.

Cryptocurrency seems to me to be dangerous and quite possibly may lead to even more inequity and injustice.

A different tool, like a guaranteed annual income has been shown to not only help bring people out of poverty, but also it surely is good for business if a larger portion of our population can afford to buy what they need.

Our government needs to

Our government needs to become educated enough to create crypto friendly regulation regardless, or Canada's future will be one of playing catch up to the emerging markets that have adopted crypto currencies. In a world of digital assets, companies are extremely free to move wherever regulations are favourable. People are free to move wherever policies are favourable. Canada's government needs to embrace an increasingly decentralized world, including things like Universal Basic Income and lifting the monopoly banks have on financial services by regulating blockchain based (decentralized) financial services. If not, we will see an enormous 'brain drain' in the next decade, with educated, remote workers leaving Canada for places in Europe and SA that have embraced these paradigms of the future. The book Sovereign Individual would be helpful reading for our legislators.