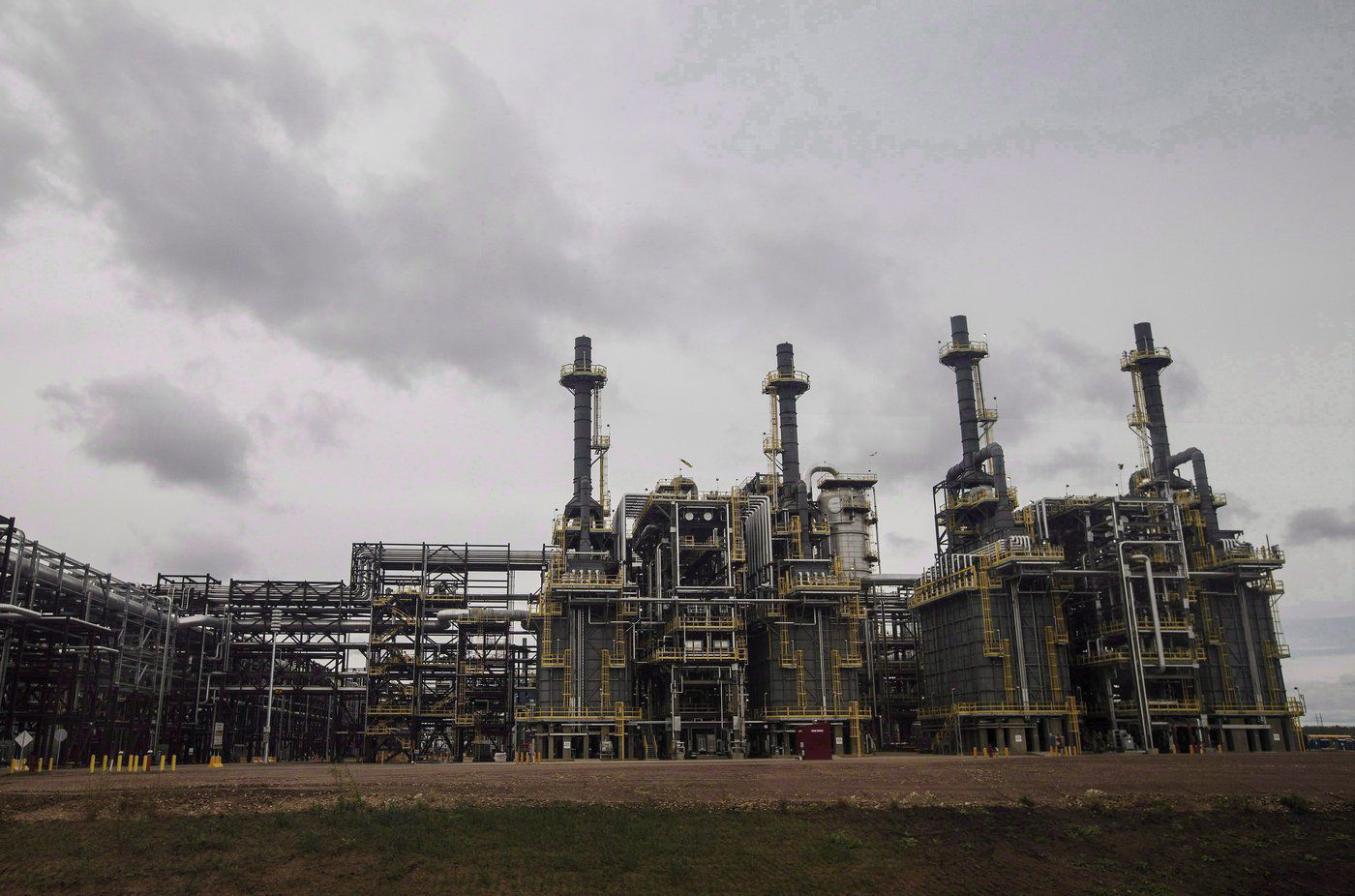 Suncor Energy Inc. is getting out of the wind and solar business, even as a new UN report on climate change says wind and solar technologies are the two best avenues to reduce global greenhouse gas emissions and limit the planet's warming to a critical 1.5C.

The Calgary-based energy giant — which has been involved in renewable energy production for two decades — announced Monday its plans to divest its wind and solar assets to focus on hydrogen and renewable fuels instead.

In 2002, Suncor partnered with Enbridge to build one of the first renewable energy projects in Canada. Since then, Suncor has developed eight wind power projects in three provinces — Saskatchewan, Alberta and Ontario.

But in a news release, the company — which has set a goal of achieving net-zero emissions by 2050 — said it will sell those assets in order to bring more "fit and focus" to its portfolio.

"By doing so, we use our strengths, competitive advantages and resources to drive shareholder returns and value over the long term and help us meet our emissions reduction targets," said Suncor chief executive Mark Little in a news release.

Moving forward, Suncor plans to focus on "targeted activities" which include partnering with ATCO Ltd. on a project to build a hydrogen facility near Fort Saskatchewan, Alta. The proposed project, which was announced last spring and for which the partners expect to make a final investment decision in 2024, could produce more than 300,000 tonnes per year of clean hydrogen.

Suncor said it is also focused on renewable fuel technologies. The company is one of the founding investors in LanzaJet, a technology company that uses ethanol produced from corn or sugar cane as a feedstock to produce sustainable aviation fuel. (Suncor has committed to building and operating a commercial production facility somewhere in North America for LanzaJet).

It has also invested in Enerkem Inc., which operates a plant near Edmonton that turns non-recyclable, non-compostable mixed municipal solid waste into cellulosic ethanol, a popular biofuel.

The company said it wants to focus on areas that it believes "are complementary to and help decarbonize" its base business.

#Suncor's decision to get out of #wind and #solar criticized by #Greenpeace. #ClimateChange #ClimateCrisis

He pointed out that a new report from the UN's Intergovernmental Panel on Climate Change report released Monday identifies wind and solar as the two most essential technologies in the battle against global warming, with the greatest potential for delivering the most extensive potential cuts to greenhouse gas emissions by replacing fossil fuels.

The IPCC report also stated that the costs of wind, solar and battery storage have come down so much in the last decade that the technologies are already commercially viable, giving the world an achievable pathway to halve its carbon emissions by 2030 through rapid deployment.

Stewart said hydrogen and biofuel technologies aren't anywhere near as advanced as wind and solar, but oil and gas companies like them because they don't require as much change to their business models. Biofuels, for example, can be used in existing engines as a top-up to regular gasoline and diesel, while hydrogen can be delivered in a pipeline just like oil and gas can.

"But that's not the future of energy," Stewart said. "The IPCC report was basically flashing a big red strobe light at (Suncor), saying wind and solar are where we need to be investing, and they just looked away, put on their sunglasses and said 'no, we're sticking with what we know.'"

Canadian Association of Petroleum Producers board chair and Crescent Point Energy Corp. chief executive Craig Bryksa said the ultimate goal of the Canadian energy sector is to advance production while reducing its overall emissions intensity. Some companies choose to do that by producing or purchasing renewable power while others focus on reducing carbon emissions directly from their oil business.

"Individual companies make individual decisions. There are some other companies within our sector and within our membership that are picking up more renewables," Bryksa told reporters during the Scotiabank CAPP Energy Symposium on Tuesday.

"But what I would say is the sector as a whole...is very, very good and very efficient at producing oil and natural gas. And we do it in what we believe is the most environmentally friendly fashion that there is."

Suncor said moving forward it will continue to participate in many aspects of the electricity value chain, including producing power through its integrated cogeneration operations, through power marketing and trading, by providing customers with EV charging and potentially procuring renewable power through power purchase agreements.

Monday's announced exit from wind and solar marks Suncor's second major asset divestiture announcement in recent months. Last year, the company announced plans to divest its Norway exploration and production assets as well as the planned sale of its Rosebank interest in U.K. North Sea. That disposition process is underway and expected to close later this year.