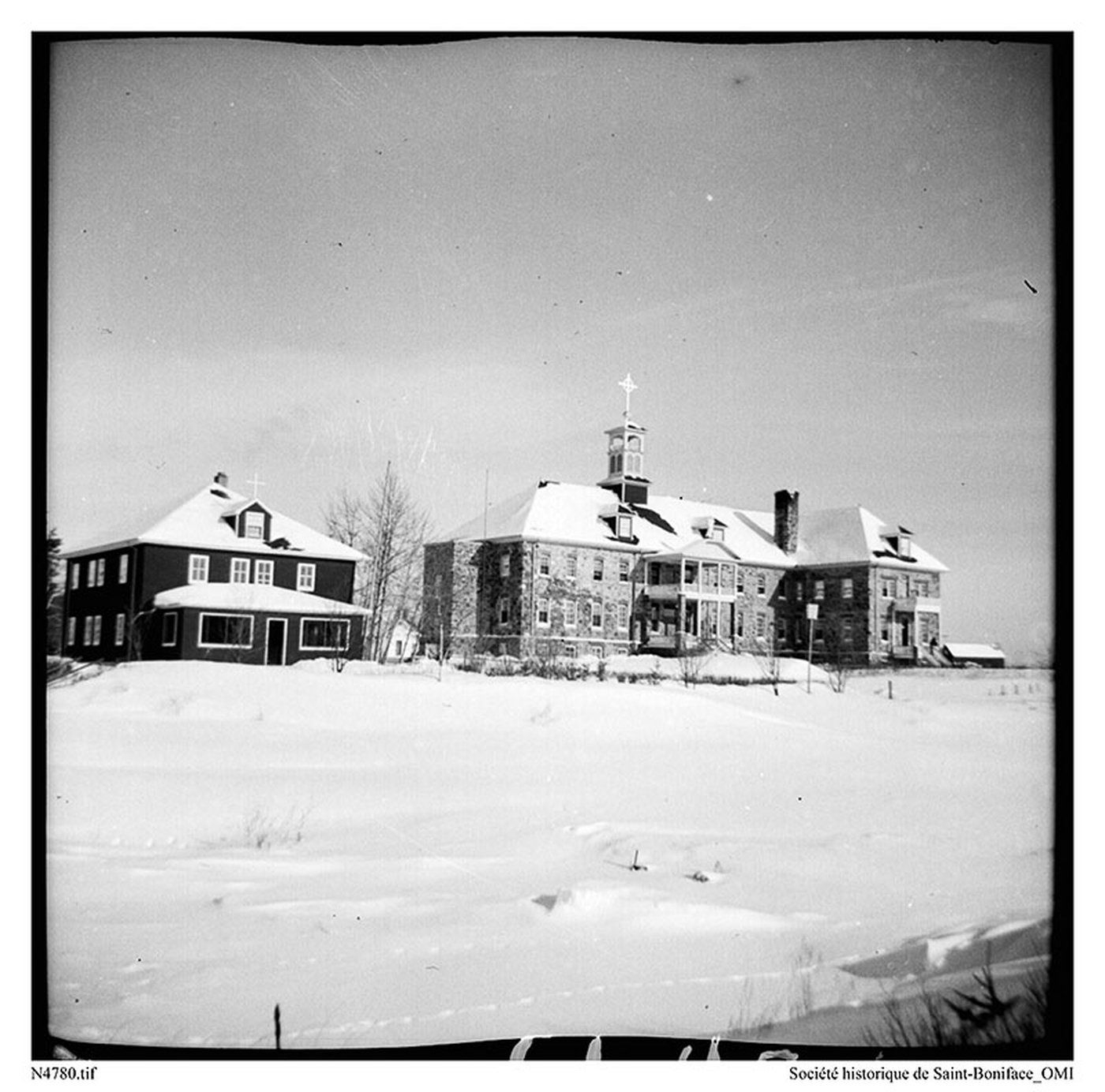 The outbuildings of Cross Lake Residential School and church in Manitoba are shown in a 1947 handout photo. Handout photo by Société historique de Saint-Boniface
Previous story

A Cree chief in northern Manitoba said Pope Francis fell short in his apology last week for the abuse Indigenous students faced in residential schools as the chief's First Nation prepared to investigate the site of where such an institution once stood.

Pimicikamak Cree Nation Chief David Monias said he welcomed the apology, but was "saddened" the Pope did not acknowledge the discovery of what are believed to be unmarked graves at some former residential school sites in Canada.

"It seems like the more grave sites that are found, people tend to accept it … people forget that these were children and that we have to make sure we find out what happened to these children," Monias said Tuesday.

Pimicikamak is one of a number of First Nations communities that are in the process of doing ground searches of former residential school sites.

It has worked with a researcher to identify the full and partial names of 85 children it believes died while attending residential institutions in the community, also known as Cross Lake.

The community found this information out last year. About a dozen of the children documented were only referred to as "boy" or "girl," says Monias.

"It was really devastating. We were glad to have (the names) but it triggered a lot of stuff for us … because when you read those things it has an effect on you," he said.

Earlier, the community was aware of 30 students who died while attending the school through documentation from the National Centre for Truth and Reconciliation.

Two schools operated in the community that were both destroyed by fires, Monias said. The community is aware of one mass grave for children who died in one of the fires in 1930, he said. The National Centre for Truth and Reconciliation has documented that one teacher and 12 children died then.

A new school was rebuilt in 1940. By 1969, the schools were transferred to the province.

Monias says there are plans to search the sites with ground-penetrating radar as well as to review a collection of government, medical and church data to develop a database of student names.

“We want to know how many children went to school here, how many made it home and are there more missing children? And if they are missing, where are they buried?" he said.

“We need to tell the whole story.”

Monias says the ground search hasn't started yet. But when it does, he expects it could take six months to a year.

The community also plans to build a permanent monument to honour former students, including Cross Lake children who attended other residential schools.

The First Nation is calling on all levels of government, along with Roman Catholic Church authorities in Manitoba and the Vatican, to join the investigation.

The community has sent a letter inviting the Pope to visit Pimicikamak, says Monias. The Pope has said he plans to visit Canada, but no date has been set.

The school operated from 1912 to 1969 and was the main residential school for northern Manitoba.