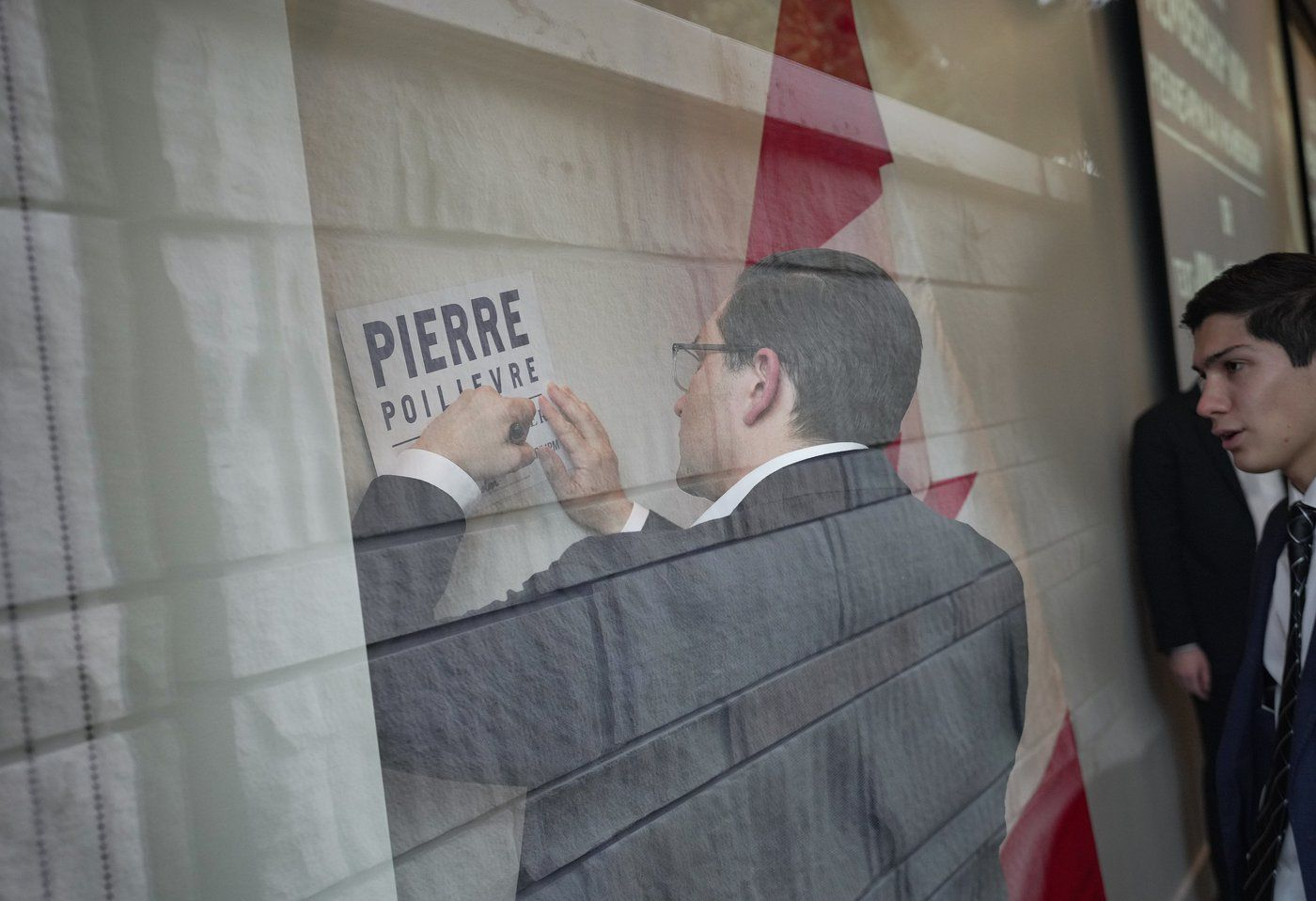 Federal Conservative leadership candidate Pierre Poilievre signs a placard for a supporter during a meet and greet at the University of British Columbia, in Vancouver, on Thursday, April 7, 2022. File photo by The Canadian Press/Darryl Dyck
Previous story
Next story

With 10 days left for candidates to enter the Conservative party leadership race — and 20 before $300,000 worth in fees are due — what's capturing the attention of those watching as of late are the crowds.

More specifically, who's drawing them in and who isn't.

Pierre Poilievre would fall into the first category, as the longtime Ottawa-area MP has been consistently appearing before massive groups of people at rallies across the country.

"The sort of draw that he has to bring people out is unprecedented," said Connor Hollingshead, president of the Conservative campus club at Simon Fraser University, who says he's not endorsing anyone.

Poilievre recently spoke to students in Vancouver at an event co-hosted with Conservatives at the University of British Columbia. Later that Thursday, he addressed a rally crowd that his campaign said swelled to more than 1,000.

Staying late to smile for photos and greet those who waited out long lines to meet him has also been a common occurrence at events — as has selling memberships.

Signing up new members and then doing the followup work to make sure they fill out their ballots correctly and mail everything in on time is what successful leadership campaigns are about.

As of Saturday, candidates have under two months left to sign up members before the June 3 deadline.

Among the buzz being generated around Poilievre, who was the first to enter the contest, is who is attending his events.

Not only is the Conservative faithful flocking, but also those who don't typically frequent political events, including the under-40 crowd.

@PierrePoilievre draws huge crowds, but which candidate will have the memberships?. #CDNPoli #CPC

"The Poilievre movement has taken off all across the country, and it's only the beginning," tweeted Sen. Leo Housakos, a co-chair on his campaign.

The Poilievre movement has taken off all across the country, and it’s only the beginning!

Hollingshead says he saw some of that firsthand. About 150 people, most of them students, came to the campus event. He said that was the largest crowd they have seen in five years, when reality TV star Kevin O'Leary ran for the party's top job in 2017.

"He is certainly a different breed of politician," Hollingshead said of Poilievre. "He's speaking to a lot of the frustrations that young people have in this country."

Railing against the price of a home is one of his go-to messages. In Vancouver, Poilievre also pledged to uphold free speech at universities, at one point joking that a sudden loud sound was censors coming to get him.

When he promised to defund the CBC — a popular Conservative rallying cry — the crowd cheered. He also peppered his speech with mentions of historical figures like Winston Churchill and John Diefenbaker.

For UBC graduate student Avril Lee, it's not just what Poilievre says, but how he says it.

"My mom is on Instagram and we both follow Pierre … and we easily watch his videos daily. Sometimes they're funny, sometimes they're serious. His messaging is very clear and simple."

Longtime Conservative strategist Melanie Paradis, who is remaining neutral in the race, says Poilievre's crowds are impressive, comparing them to the support seen around Ontario Premier Doug Ford.

The key will be turning that into memberships, she says.

But Paradis cautioned that photos of the room don't always tell the full picture of what's happening on a campaign.

“Andrew Scheer won the 2017 leadership in church basements. Nobody took pictures of his rallies," she said Friday.

“When you don’t see people out and about, that’s not indicative that nothing is going on. Rather, they’re like a duck: They're smooth and calm on the surface, but they’re kicking their little feet as fast as they can under the water."

One candidate who's been keeping a lower public profile and is known for his hustle in Tory circles is Brampton Mayor Patrick Brown, who was recently added to the official list of candidates after he submitted his first $50,000 fee and met other party-stipulated thresholds.

"Patrick has attended nearly 200 events in the last three weeks and is excited about the number of memberships that have been sold," campaign spokesman Jeff Silverstein said Friday.

"The constant obsession with the status of our campaign on Twitter just confirms for us that some of our opponents are afraid our momentum," she wrote in an email to The Canadian Press, referring to how some have compared his crowd sizes to those of Poilievre's.

"At the end of the day tweets are just tweets, photos of crowds are just photos, it’s membership sales that count."

Paradis says members like to pick winners, and photos of packed rooms can be a motivator for supporters and volunteers.

Leslyn Lewis, who placed third in the party's 2020 leadership race and is popular with the party's social conservative wing, recently announced she raised the $300,000 required to be on the ballot.

She too has hit the road, campaigning in communities across the Prairies and most recently in Calgary and Red Deer, Alta., at times drawing hundreds and selling memberships at her events.

"We have been having great attendance at Leslyn's events and are encouraged to see such high engagement across campaigns,'" campaign manager Steve Outhouse wrote in an email.

"Having multiple strong candidates bringing in new members bodes very well for our party's fortunes in the next election."

Candidates are set to appear face-to-face for what will likely be the first time on May 5 in a leadership debate hosted by the Canada Strong and Free Network to kick off its annual conference in Ottawa.

Poilievre, Lewis and Charest have confirmed they will go, as have MP Marc Dalton and independent Ontario MPP Roman Baber.

This report by The Canadian Press was first published April 9, 2022

— By Stephanie Taylor in Ottawa and Brenna Owen in Vancouver