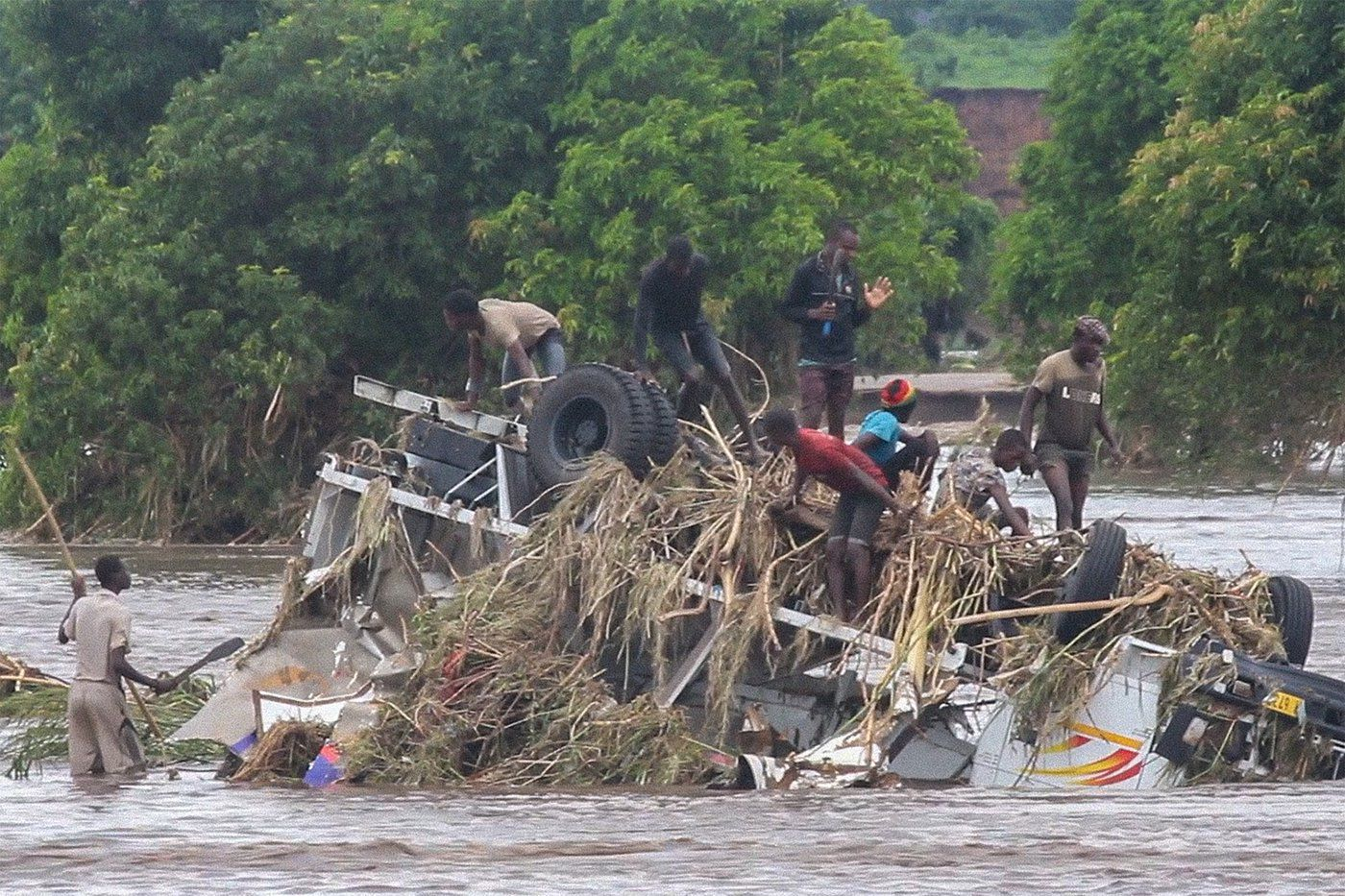 In this image made from video, people stand on an overturned vehicle swept by flooding waters after storm Ana in Chikwawa, Malawi, on Tuesday Jan. 25, 2022. File photo by The Associated Press
Previous story

Extreme rainfall in southeast Africa has become heavier and more likely to occur during cyclones because of climate change, according to a new analysis released Monday by an international team of weather scientists.

Multiple tropical storms that pummeled Madagascar, Malawi and Mozambique earlier this year were analyzed by the World Weather Attribution group, who determined that the storms were made worse by the increase in global temperatures. In just six weeks between January and March the region saw a record three tropical cyclones and two tropical storms make landfall. The heavy rains, storm surges and floods left more than 230 people dead and displaced hundreds of thousands across the region.

The countries remain vulnerable to devastating weather this year, with cyclone season set to end in May.

The team of climate scientists used established peer-reviewed methods, including weather observations and computer simulations, to model scenarios using both preindustrial global temperatures and today’s — which is approximately 1.2 degrees Celsius (2.2 degrees Fahrenheit) warmer. The difference between the models determined the impact of human-caused global warming.

Sarah Kew, from the Royal Netherlands Meteorological Institute and participated in the study, said they investigated the influence of climate change using 34 prediction models but data gaps made it difficult to determine the full impact of increasing greenhouse gas emissions.

“While our analysis clearly shows that climate change made the storms more damaging, our ability to establish precisely by how much was hampered by inconsistent data and lack of weather observations,” said Dr. Kew. “This would also help to improve forecasts of extreme weather events and their impacts.”

In both Madagascar and Malawi, the study was contrained by a lack of weather stations with suitable data. And of the 23 weather stations in the affected regions of Mozambique, only four had complete records dating back to 1981.

“Strengthening scientific resources in Africa and other parts of the global south is key to help us better understand extreme weather events fueled by climate change, to prepare vulnerable people and infrastructure to better cope with them,” Dr. Izidine Pinto, a climate system analyst at the University of Cape Town, said.

The 33-page study was conducted by 22 researchers, including scientists from universities and meteorological agencies in Madagascar, Mozambique, France, the Netherlands, New Zealand, South Africa, the UK and the US.